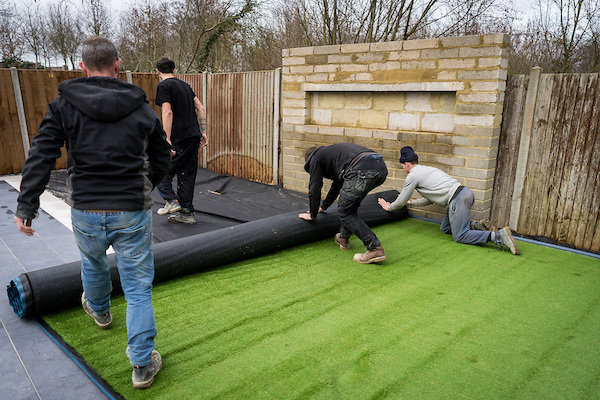 Being a tradesperson is hard work, filled with long hours and gruelling tasks. But we know there’s also a lighter side to the trades, and that Britain’s builders are some of the funniest people out there. We asked tradesmen to share some of their funniest stories of life on the tools, and they gave us plenty. Here are a few of our favourites…

I had a phone call from a man who was very concerned as he had water dripping down from the ceiling from his bathroom.

So I said I would go round to his house to see what was the cause of the leak. When I arrived I knocked on the door and almost immediately the door was opened by a guy who, didn't say hello, or anything, but just demanded that I take my boots off and insisted that I wore his slippers!

Then he asked me to follow him upstairs and into the bathroom.

I then started to ask him a question about his leak, to which he replied..... "you will see in a minute"..... Then he started to fill a baby bath, almost to the top, with water........Then said "watch this "..... and threw it all over the floor...... Then said "now quickly follow me". So I followed him downstairs with him now pointing to the ceiling saying "look... the water is leaking!

I honestly thought this guy was winding me up.........but he was deadly serious.

The only advice I could give him was that as long as he NEVER does that again then he won't have a leak.

He then just replied "OK".

We fitted a modern garden maintenance-free for a customer and he asked how often he should cut the artificial lawn.

Without batting an eyelid the apprentice said “I was wondering the same”.

A hole in the plan

We were working on a large project in Devon building one of our specialist wildlife ponds, it was quite big so it produced around 30 tonnes of spare earth which we included in the price to take away by grab lorry.

The lady of the house suddenly demanded ”why am I paying you to take away that soil in a big lorry?!”

I said “well, because there is nowhere else to spread it in your garden” to which she replied “pahhh, why can’t you DIG a hole and bury it!

Got your own hilarious story worth sharing? Let us know!