Choosing the right painter and decorator

When choosing the right painter and decorator, there are some key issues you need to think about. In this article, we’ll take you through them step by step.

Arm yourself with some basic knowledge first

Before you invite any decorators round to quote on your project, it’s worth doing a bit of research yourself to find out what steps typically apply to your sort of project.

That way, you’ll better understand the processes they describe, and will be in a position to work out who is taking the right approach to the job.

Choose a specialist rather than a general handyman

When it comes to painting and decorating, a lot of homeowners choose to do some of the work themselves - or hire a general handyman. This can be in an attempt to save money, or because they’re under the impression that decorating is a fairly simple, straightforward task that most people can get to grips with.

Nathan Broxholme of NS Decorators Ltd has an excellent MyBuilder feedback rating and has been a member of the site since 2012. As he explains, getting a really good finish can be a lot more complicated than people think:

Customers tend to go for handymen because they’re cheaper - but there is often a big difference in quality. It’s about the definition - the cutting in - the opacity… like any specialists, we know what layer needs to go on what, we know what kind of stability we’ll get from each layer we apply, and so on.

On the DIY side of things, you’d go to B&Q, buy your materials - some cheap matt or something - and you go home and put it on the wall. But to get a really good finish you need to know the actual specifications. For example, you need to mix up a 70-30% solution - water into emulsion to thin it down a little bit - and apply that to your surfaces first. Then you build it up with base coat and so on.

We can help you meet professional painters and decorators near you to get real quotes today.

Rob Joy of Finishing Touch Services heads up a team of highly experienced decorators and has an excellent MyBuilder feedback rating. He highlights how missing steps out can cause problems later:

I started a job for a lady, and she told me that the previous painters had left thumbprints in a door they’d painted. That sounds odd, I thought, and when I looked I realised that it was a knotting issue. When they’d painted the door, they hadn’t put knotting liquid on the bare wood knots. If you don’t do this, the sap bleeds out of the knots and it shows through the paint that you put on top. A handyman, or a painter without much experience, will typically just undercoat and topcoat the wood. Then the sap comes through and the finish isn’t right.

This is why it’s really important that you ask each tradesperson you’re considering hiring exactly what their system is going to be. Don’t be afraid to ask him to take you through each aspect of the job step by step. If they’re skilled and honest, they will have no problem answering your questions fully. And if they are planning to shortcut the proper process, that will be revealed.

Alix St Claire of Alix James Decorators has specialised in painting and decorating for over 20 years, and has an excellent customer feedback rating. He explains why it’s crucial you choose a tradesperson whose process includes proper preparation:

The first thing is the prep they’re going to be doing. In terms of the percentage of the job, probably 65/70% of the job is prep work. We’ll spend three and a bit days prepping, two days painting.

It’s really important, so if they’re going to be getting the brushes out before they do any prep, that’s a red flag!

Get detailed quotes from each tradesperson you’re considering

Get at least three tradespeople to look at your job, and ask them to each give you a detailed quote, in writing, that breaks everything down. That way, you’ll be able to compare like with like, and see exactly where your money is going. Nathan explains:

As well as covering materials and labour - and costing each aspect of the technical process - the quote should also highlight any possible additional expenses. This could mean the hire of scaffolding, the moving or covering up of furniture, or the disposal of waste.

It’s also important the tradesperson highlights their charging structure in writing: Do they charge per hour/per day, or do they come up with a fixed price for the total job? For large projects a painter and decorator might ask for a deposit at the start; but never pay the full amount upfront. Instead, wait until the project has been completed, and you’ve inspected the work.

Nathan points out that when it comes to materials, it’s worth asking at quote stage if a tradesperson can get any preferential deals:

Before you buy any materials yourself, see whether a tradespeople can get a good deal for you using a supplier he already knows. For example, we get Farrow & Ball colours mixed into a MacPherson’s or Crown paint, and that achieves the same colour at a third of the price.

Ask how long the job is going to take

Finding out how long the job is likely to take can both reveal a tradesperson’s level of expertise and save you money. Maurice Newton of M Newton Painting & Decorating is based in Sutton Coldfield and has a perfect, 100% positive feedback rating on MyBuilder. He talks about why hiring a specialist with a slightly higher day rate could actually save you money overall:

It’s often about which tradesperson goes through the correct decorating process, in the right order. For example, a lounge or bedroom would typically take me a day to decorate. That’s because I know which order to put the paint on to get it to dry more quickly. So the whole job can be completed in a day, and I only charge the customer for a single day.

A general handyman may not have the same level of decorating experience, so he won’t know how to get the job done properly in a single day and he’ll charge for a couple of days’ work. That means even if his day rate is cheaper than mine, the customer will end up paying more overall.

Choose someone with lots of specific experience

Professional painters and decorators work on a huge variety of projects - from the industrial blasting and re-spraying of paint on bridges to hand-painting intricate woodwork on Grade II listed buildings and wallpapering domestic properties.

Make sure you hire someone with specific, recent experience of your type of job. If possible, ask to view some of their previous work in person and even speak to one or two of their previous customers. This will enable you both to check out the quality of their workmanship, and find out what they’re like to deal with on a day-to-day basis. 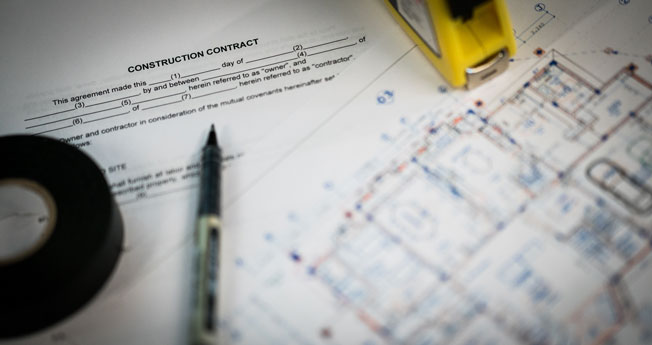 Choosing the right builder for your restoration & refurbishment project