Scope roofing - with over 320 reviews on MyBuilder

How to become a roofer

So you’re interested in a career as a roofer? Well, if you’re not good with heights, you should probably stop reading now, but if you’re fine with ladders and scaffolding then read on...

As the name suggests, roofers are concerned with all jobs related to that critical part of a building - its weatherproof lid.

Without it, we’d all be pretty cold and damp, especially in Britain where on average we get 133 days of rain or snow every year. Indeed, it’s the weather that is the bread and butter of this particular trade. When the weather is extreme, the calls can literally flood in, as it’s often when people first discover they’ve got a problem.

Roofers generally carry out work on two types of roof, and will typically specialise in one or the other - flat roofs like the ones typically found on garages, extensions or outbuildings, or pitched (sloped) roofs more often found on houses. Within both there are particular specialities, for example, as a flat roofer you might prefer to deal with felt or GRP, so there’s plenty to get to grips with.

There are around 60,000 roofers in the UK and demand for their skills is fairly consistent, though it can fluctuate with the seasons. 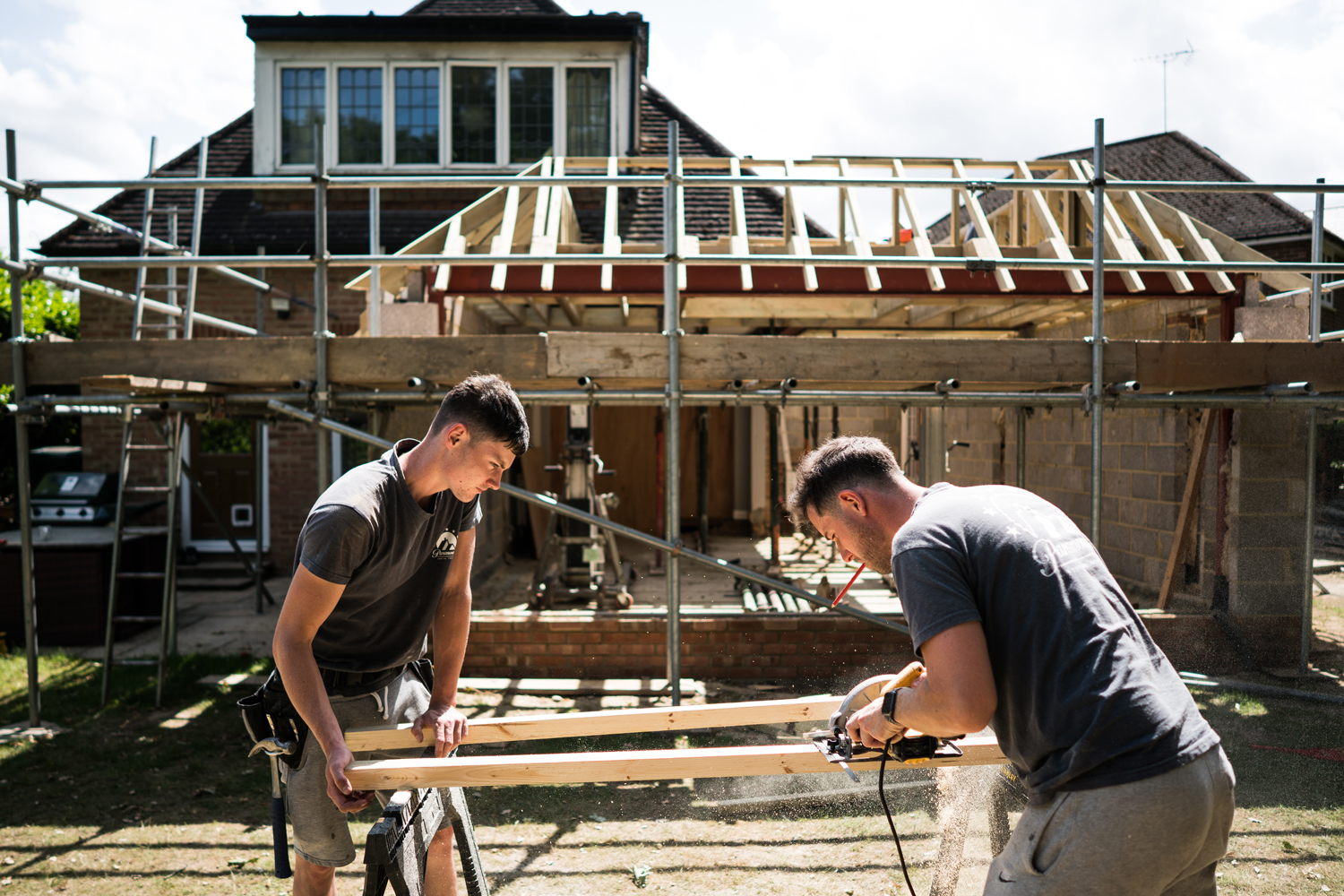 A day in the life of a roofer

Roofers spend a fair bit of time on the road, travelling from site to site, working on a project and then moving on to the next; they may also have to work away from home for short or long periods of time. If you’re doing smaller flat roofs you’ll be moving around more than if you take on larger pitched roof jobs, which can take a couple of weeks.

They tend to work for specialist firms where they are more likely to be part of a team, though many are self-employed or work as contractors, either on their own or with others.

It goes without saying that it’s physical and sometimes dirty work and you’re exposed to the elements, so you should be comfortable with working in these conditions on a regular basis. 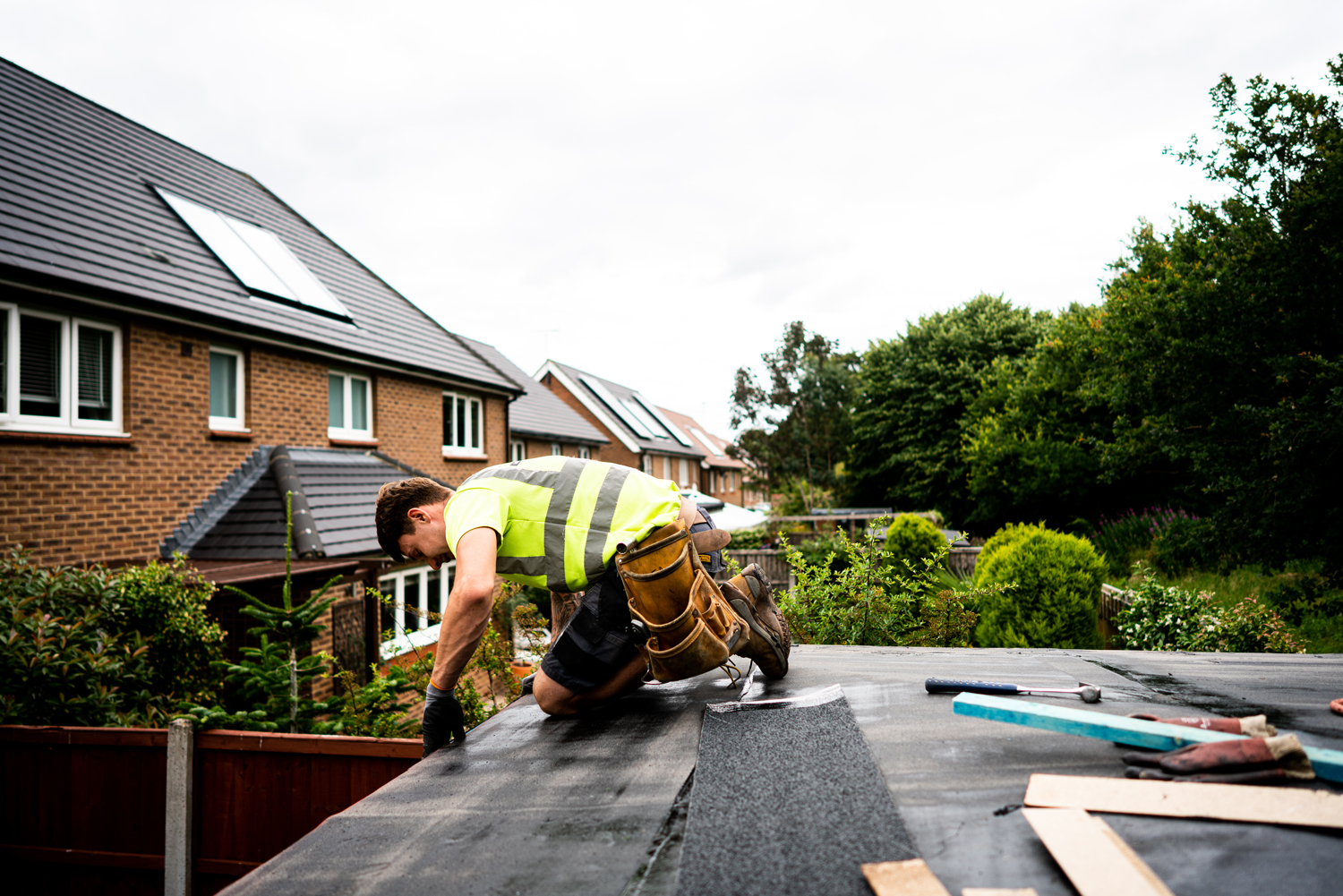 Getting formal qualifications has value, but there is no substitute for on-site experience. Read the thoughts of one of our veteran tradesmen, Andy Simms.

Experience on the job as a trainee straight after school is a popular way into this career as it offers a great way to learn roofing techniques from experienced ‘old hands’.

Young people can formally train through an apprenticeship which offers structured training with an employer. To qualify, applicants usually have to take a selection test and it’s beneficial to have some qualifications in subjects like maths or design and technology.

A college course in general construction or more specific training, such as the Level 2 Diploma in Roof Slating and Tiling, is another way to get started.

You may also be able to find a roofer who is looking to take on help and is willing to train you on the job, which you can complement with more academic learning as you go. 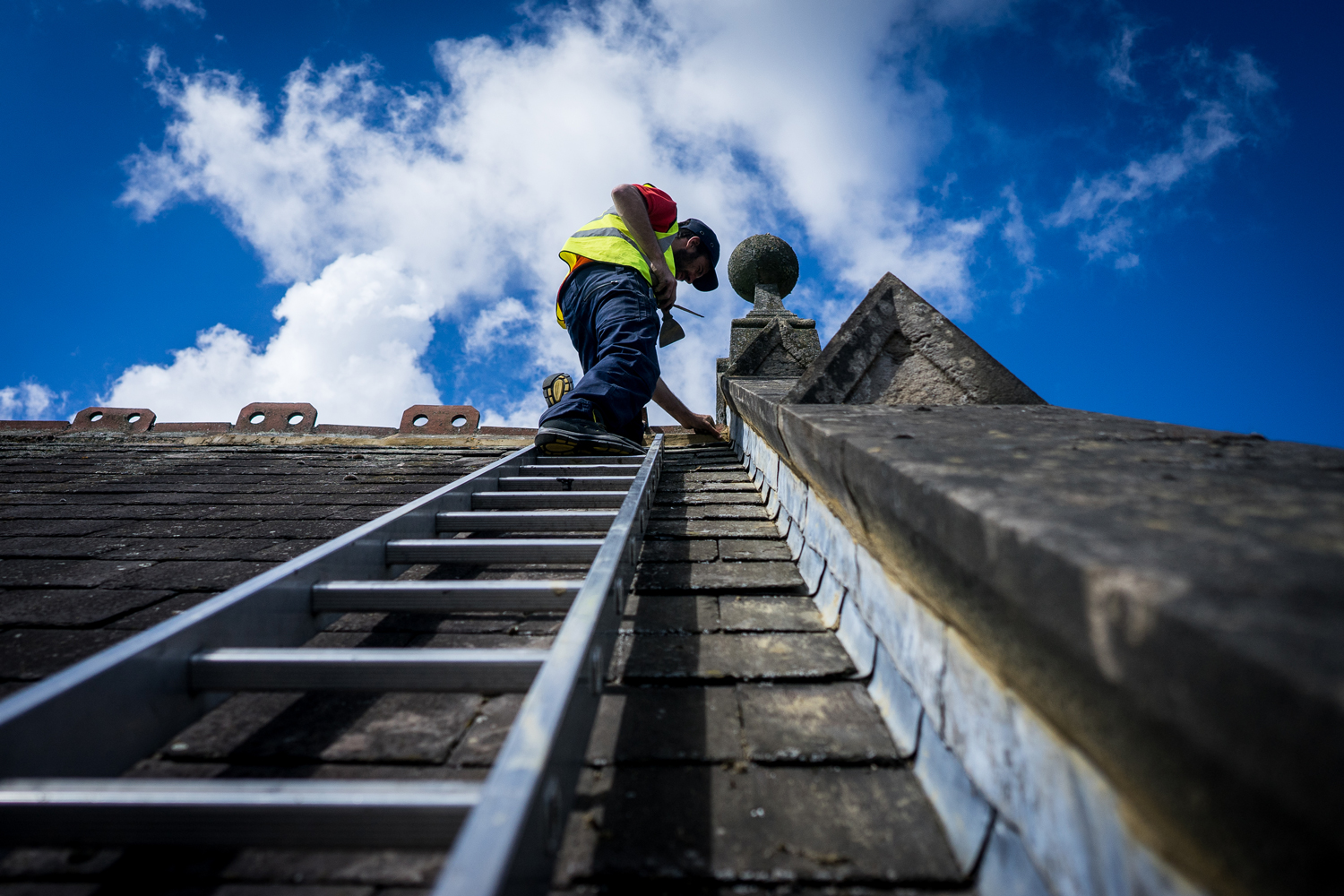 The average apprentice will earn a minimum of around £12,500 in their first year of training, more depending on where they are in the country. Working for a firm you can expect to earn around £8 an hour when starting out, going up to as much as £17 an hour with experience.

As with many trades, if you’re self employed you can schedule your own days and work where you want; you’re also in charge of your pricing so there’s the potential to earn more. Roofers charge anywhere between £150-£200 per day, and in London this could be higher, up to around £250 per day. For smaller jobs, roofers tend to charge a minimum half day rate of around £50.

A career in the trades