How much does it cost to remove a tree?

It is easy to forget about the trees growing in our gardens, until something bad happens - a rotten branch falls on a car, or all the light in the room is blocked out by enthusiastic leaves. To keep trees healthy and looking their best, and to protect our homes and other property, it is vital to take good care of them, and hiring an experienced tree surgeon is the best way to do that. Before you begin your job, you’ll want to know how much you might be expected to pay, so we’ve prepared this guide to help take you through typical prices, such as tree removal costs and tree surgeon costs in general.

Whereas many home improvement jobs are easy to measure and cost up, based on a price per square metre or similar, with tree surgery, there are many factors that can affect the final cost of a job. Removing a small, two metre tall sapling stood in the middle of a garden is a simple job that many people would consider doing themselves, but which might take a small team of tree surgeons less than an hour to do, and will be priced on an hourly rate - typically around £40 to £50 per hour, per person. However, a job like removing a large oak tree, that is up against a property line and therefore harder to access, will require a large team and at potentially multiple day’s work, with the team working at height and having to remove several tonnes of timber - a job that could cost between £3,000 and £5,000.

Generally smaller tree removal jobs can be priced on an hourly rate or a daily rate. Tree surgeons tend to work in teams due to the nature of the work - while a smaller company, working with a two-person team might charge a day rate of about £400, for a larger group, daily rates of more than £700 are not uncommon.

Removing trees, if small and simple jobs, can be priced under these rates, so half a day’s work to remove a tree might only be £200 to £400 or so, with another £100 or so for removing the debris, though you can also contact your local authority about removing this waste. For slightly larger trees, like a birch tree with several stems, it may take a bit more time, and cost around £500 to £800, depending on the team, the size of the tree and its placement, and where you live, with costs generally higher in London. With very large, old trees, especially those that overhang other property, the costs can run into several thousand pounds

Get a tree removal quote

We can help you meet professional tree surgeons near you to get real quotes today.

It is possible to hire stump grinders from tool hire companies to use yourself, which can cost less than £100 per day, but to ensure a good job that will completely clear the stump, it is usually worthwhile hiring a tradesperson. A typical rate for working out the cost for tree stump removal is £3 per inch of diameter, if the stump is very low to the ground, so a 10 inch wide stump would cost £30 to grind out. However, while this is a straightforward base rate, the all-in cost for the project is likely to be more, especially if it is the only job a tradesperson is being called out to do - total costs may end up closer to hourly rates, with a minimum of £100 or so to cover all the costs. 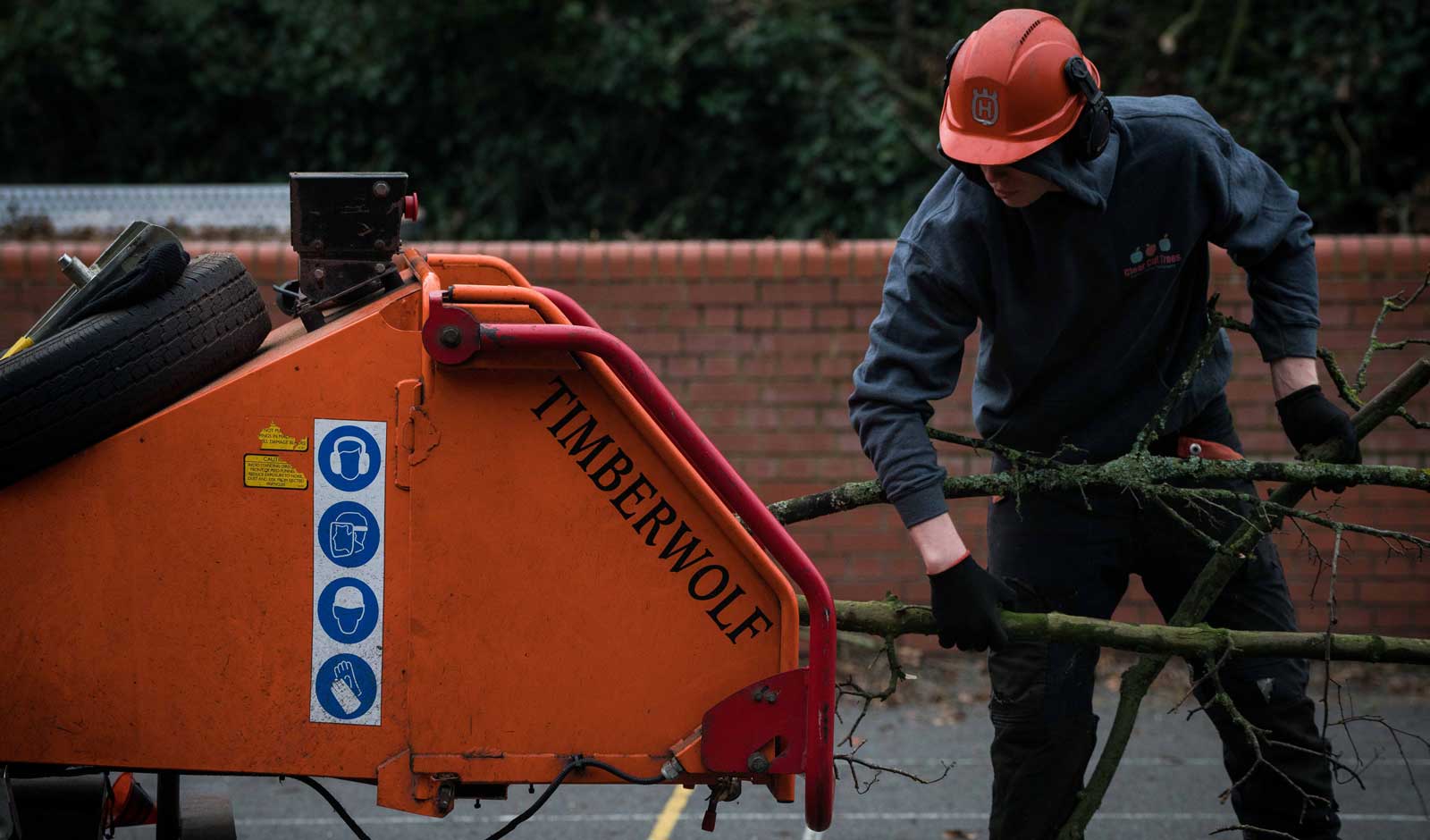 Tree trimming, including common jobs like crown reduction and thinning the canopy, will normally be priced as part of the day rate of the tree surgery team, with the final cost depending on the scale of the work to be done and how easy access to the tree is. Basic jobs might start at around £100, going up to £500 or more for larger trees. 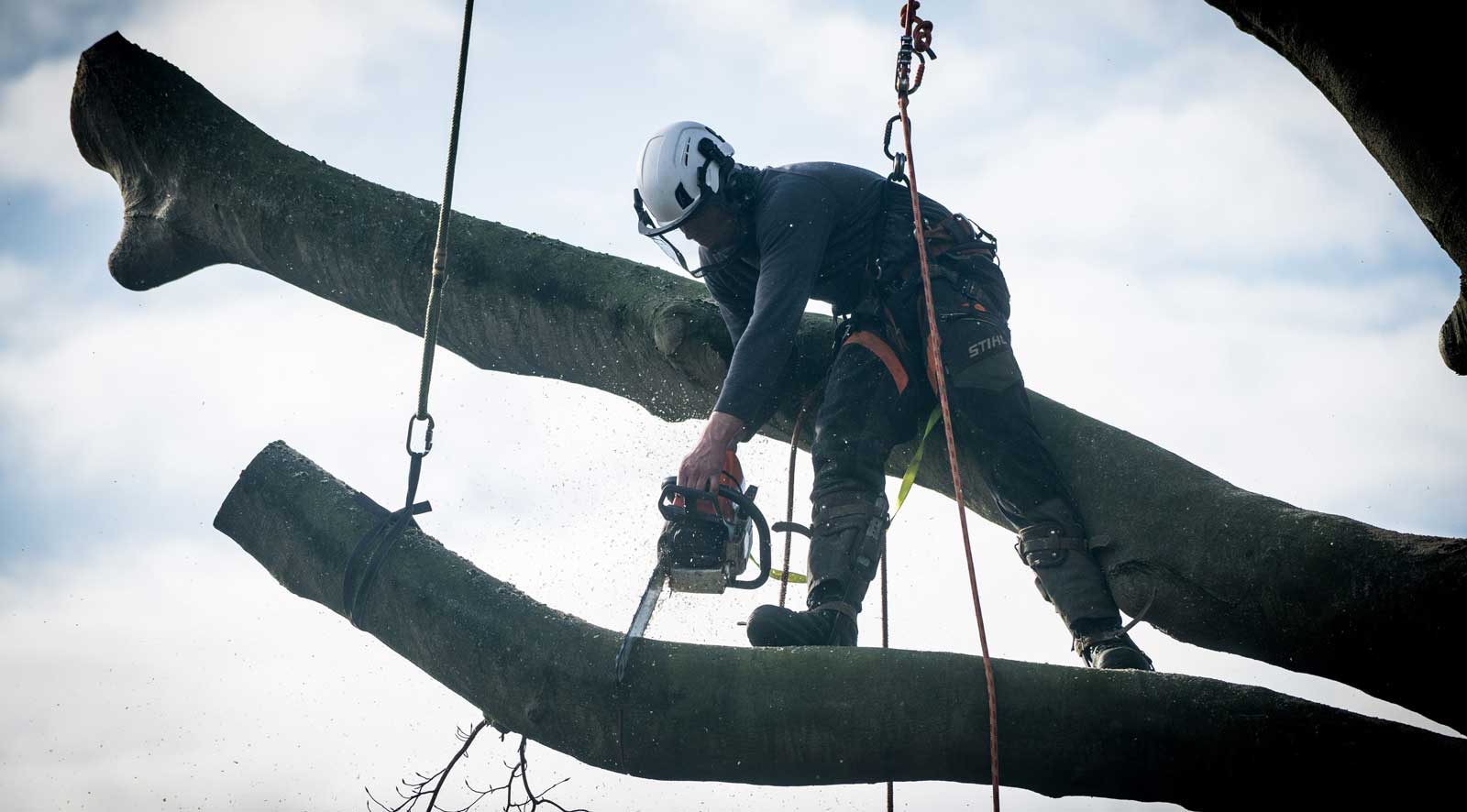 Other tree surgery costs to consider

If there is lots of timber to be disposed of, such as if you have a fallen tree that needs removing, hiring a wood chipper may be needed, which can cost anywhere between £50 and a few hundred pounds depending on the model chosen.

If you wish to have a tree survey carried out, to check out the health of the trees and identity any potential problems they may cause, such as roots affecting the foundations of your home, a report can cost around £200 to £300 to complete.

Get a tree removal quote

We can help you meet professional tree surgeons near you to get real quotes today.

Permitted Development: an alternative to planning