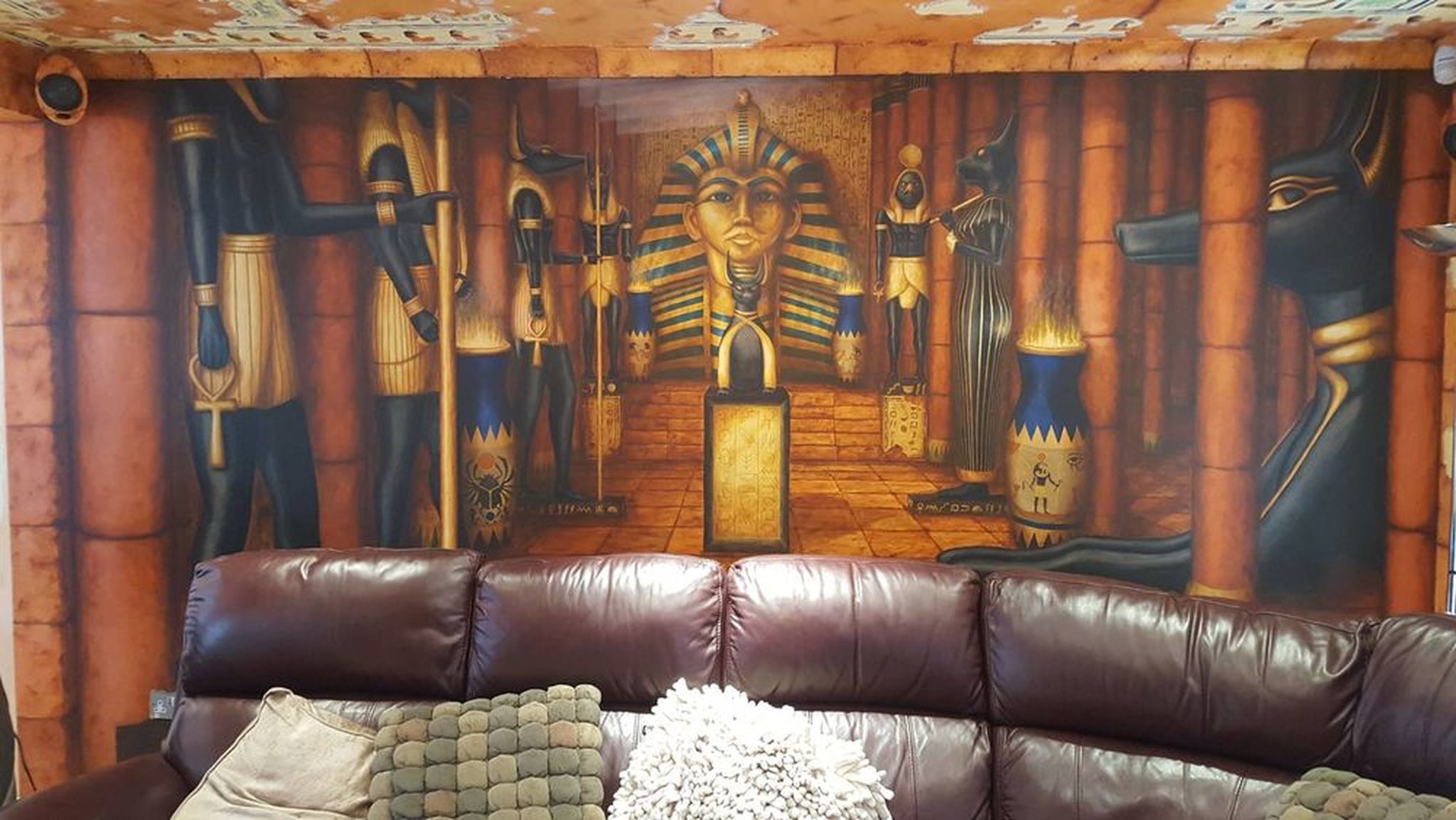 I've transformed my lounge into an Egyptian tomb with tromp l'oeil murals covering all of the walls and ceiling for a large living space that covers both the lounge and dining room. Really wanted to "open up" the room and convey a sense of space and depth but also using a very warm colour palette. This was all done over a 3 year period. The dining room takes the mural "outside" the tomb and has a sunrise over the banks of the Nile. Other walls "inside" the tomb are covered in heiroglyphics in a state or ruin, chambers with statues and also has scarab beetles, snakes and scorpions lying in the cracks and shadows. I've also put many of my friends' names in heiroglyphs (using the ancient Egyptian "alphabet") on the wall behind Tutankhamun's head. Can only show you a few photos but hopefully it does it justice!
This was all done with acrylic paints and acrylic glaze, building up layers. The scene's are all made up, not taken from photos and come from my love of the aesthetic of ancient Egypt and it's mythology.

Celebrating the innovative, surprising or inspiring uses of space in the homes of the UK.