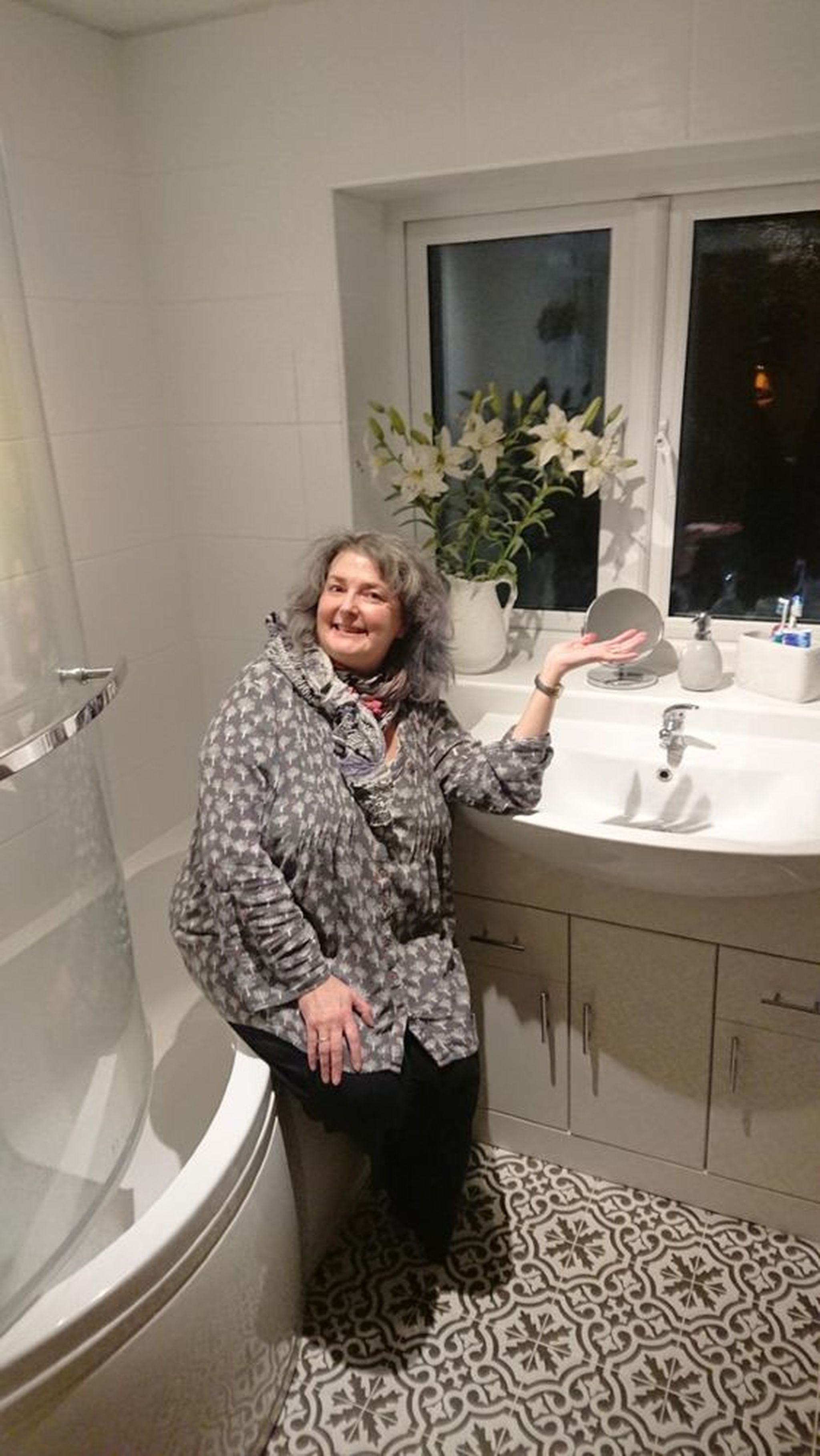 I am attaching photos to try to show before and after Steve worked his magic!
We had been let down by a plumber who had left us with no sink, a half balanced bath and raw walls after digging off old tiles leaving us a horrible mess. We had tried to patch a rough wall with lining paper but made it worse...Steve had to undo all the bad work before he could even start. He had to re- plumb all pipes as nothing had ever drained previously including the shared plumbing to little loo. Steve made good all the surfaces: building up damaged walls, re-plastering walls and ceilings (getting rid of ghastly artex!) and coping brilliantly with the tiniest loo! The summer heat was stifling and he managed to soldier on, re-wiring, re-piping, you name it before he could start to plumb the sink, bath, toilet, vanity sink and a new shower. Steve tiled walls and floor beautifully and his grouting was perfection. Despite horrendously frustrating setbacks with discovering just how poorly done the house had been done when originally built in the 60s and fixing previously done shoddy work, and ultimately having to do far more than we had originally realised, Steve finally finished the bathroom and the toilet. It was such a pleasure to have such a beautiful new bathroom and matching toilet after having experience such mishaps in the past. This was a very happy ending. Thank you Steve!