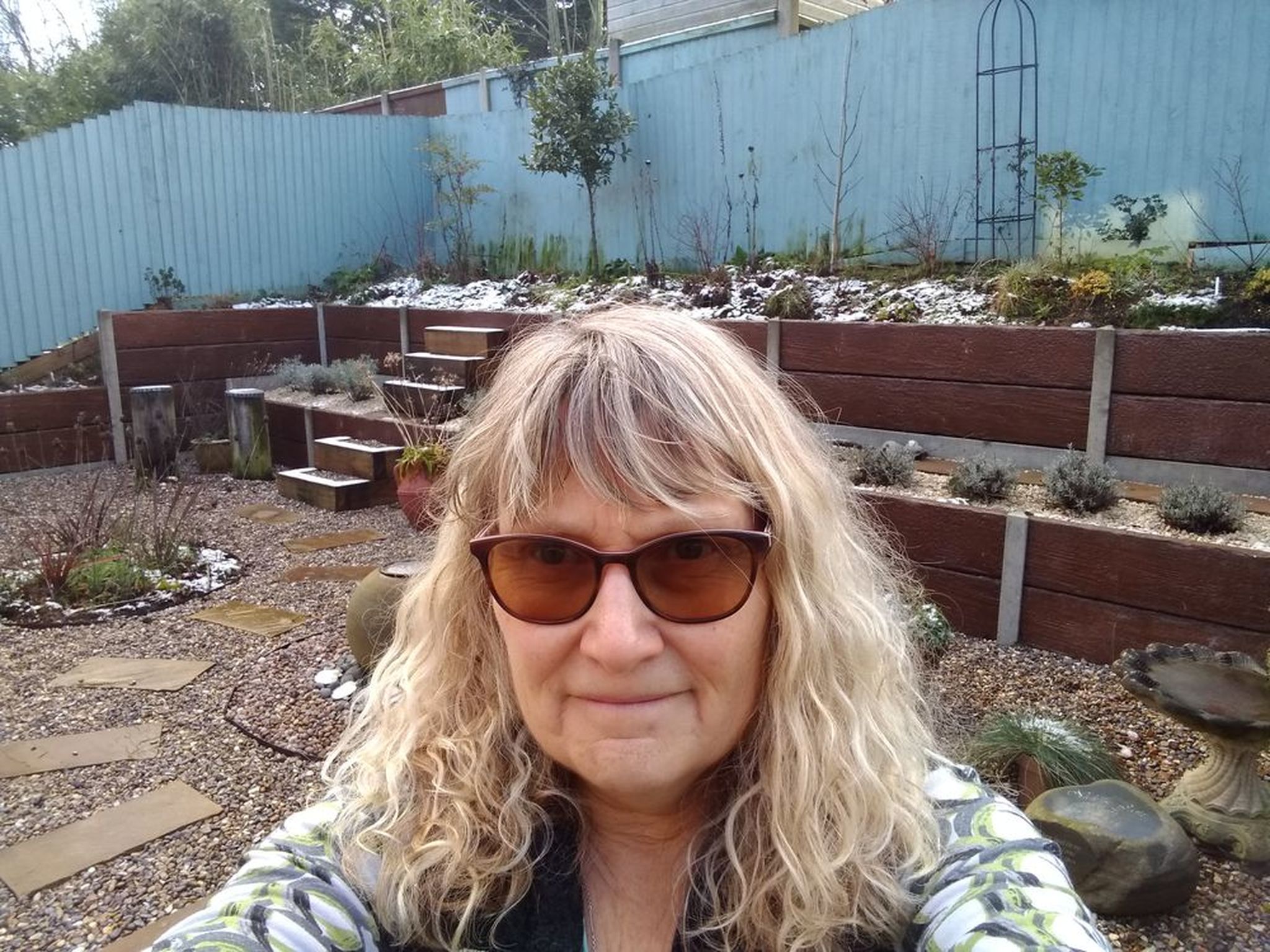 Andrew came to quote me for digging up my lawn and after he had quoted me I casually asked about my wooden terracing which had been badly distorted by high winds moving fence posts. It turned out to be completely rotten and in need of replacing.... But the top terrace is about 6 feet high and the ground unstable. He suggested using concrete gravel boards which I accepted as a solution, but he sourced concrete railway sleepers made to order locally which provided a much better solution. It was a difficult job as the banks did collapse when the old timbers were removed. It was impossible to decide upfront exactly how we would do it and he and his team worked with me to provide the perfect solution. Even redoing some parts I wasn't happy with. The job took longer than anticipated but the price remained as quoted. He even sourced shingle from a quarry that matched the patio I had already replaced with shingle filled gravel grid .
The steps were designed together and my ideas were accepted and incorporated. He installed an oak sleeper on part of my boundary fencing that was not part of the original job to resolve ground level differences between my garden and a neighbour.
This garden renovation was a huge job that I could
not have accomplished with Andrew and his team.