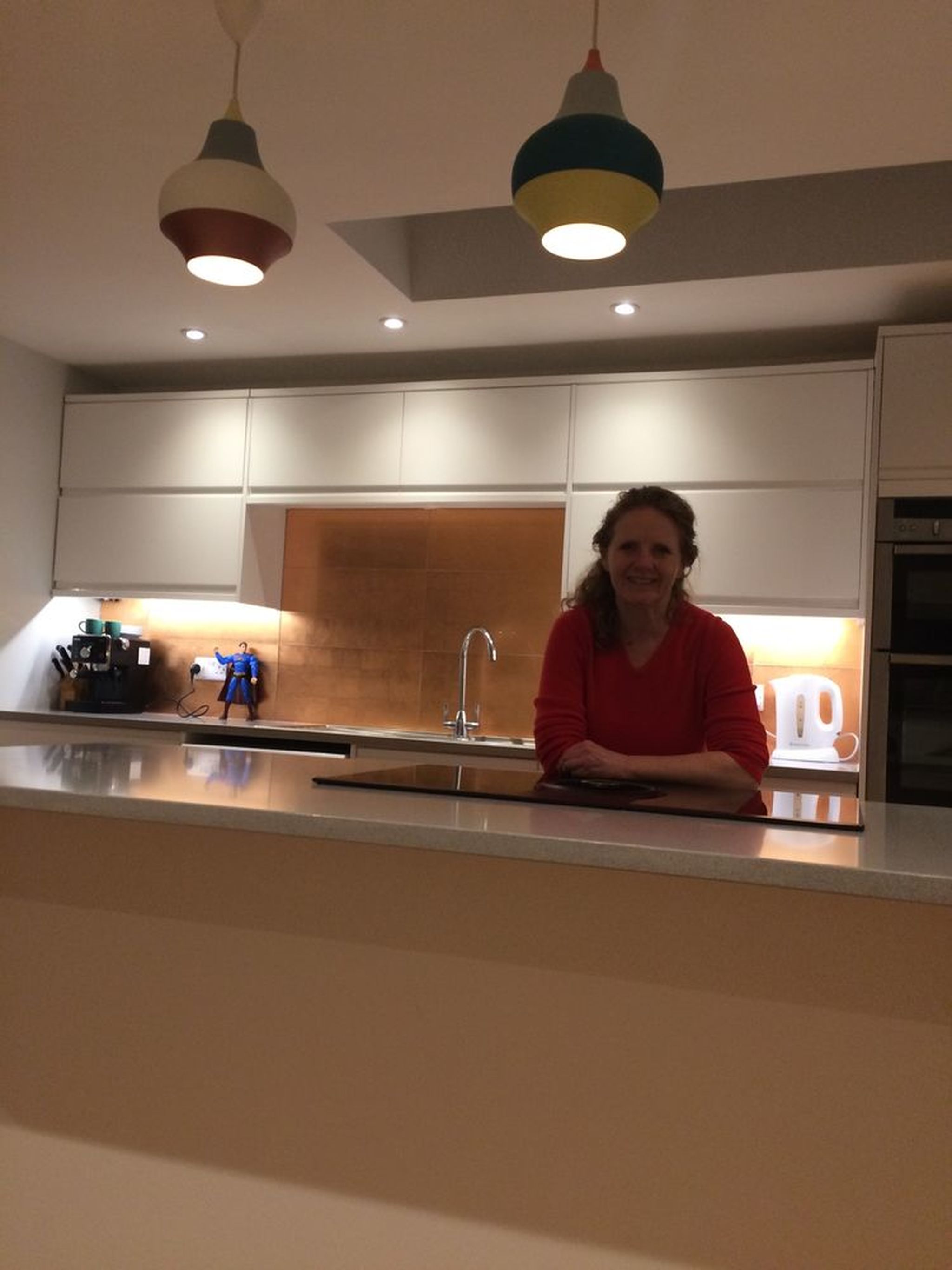 First - it's a beautiful extension. It's a single storey extension, and conversion of the old kitchen into a utility and downstairs cloakroom.
Second - Nelson's team is excellent. They do exactly what it 'says on the tin' and.... they really do. Believe me.

Why should they be nominated. The truth is underneath the painted and decorated final product is a quality build. I've seen the step by step process through the build, and I've seen how they methodically analyse and interpret drawings and designs. What's on the paper and in your head doesn't always work in practice; annoyingly.

Acorn always gave me time to consider each step and asked whether I wanted to change it or adapt - at the end of the day it's their building know how, but our home. And that's what they help you with.

I live near a canal and when they dug down during the 'Beast from the East' (yes, they really did come those days), snow plagued the project, increased the water table, and generally made life difficult - but they soldiered on and I never heard a word of complaint. I'm writing this looking back at photos and thinking - how did they do that?

The team were on the other end of the phone most if not all times I needed them, which was really reassuring.

From the outset it has been clear what they are providing; the payment schedule was almost 100% exact, let's give them 98%.

In a day and age where one can be sceptical of the building trade and how plans are not often not delivered this is the team and management you need on your project. We were not disappointed.

The building is warm. It really does only need one radiator, that proved me wrong! It's wonderfully light and makes the most of the vista towards the canal. They fully considered the build from inside to outside. Brickwork or rendering would be their natural 'go to' products for the outside but they embraced the idea of a natural effect and considered the location.
The roof lights add a dimension that rewards us with natural light but also needed the right type of flat roof to hold their immense weight, that are 2.4m long. The roof construction they built made the roof lights a possibility and they do not feel overbearing or heavy. Beautiful really.

In the 'end product' photos you will see how it looks as a home but my thoughts are....this project is much more than what you see on the surface. In the future it may change it's colour and furniture but it is a product that has been built using years of expertise and craftmanship that is now part of the fabric of our family life. now and for the future. Who could ask for anything more.

To repeat my previous review of them:
"If you have a problem, if no one else can help, and if you can find them, maybe you can hire the A-Team." THE ACORN TEAM

You know you want to, come on! sing it!