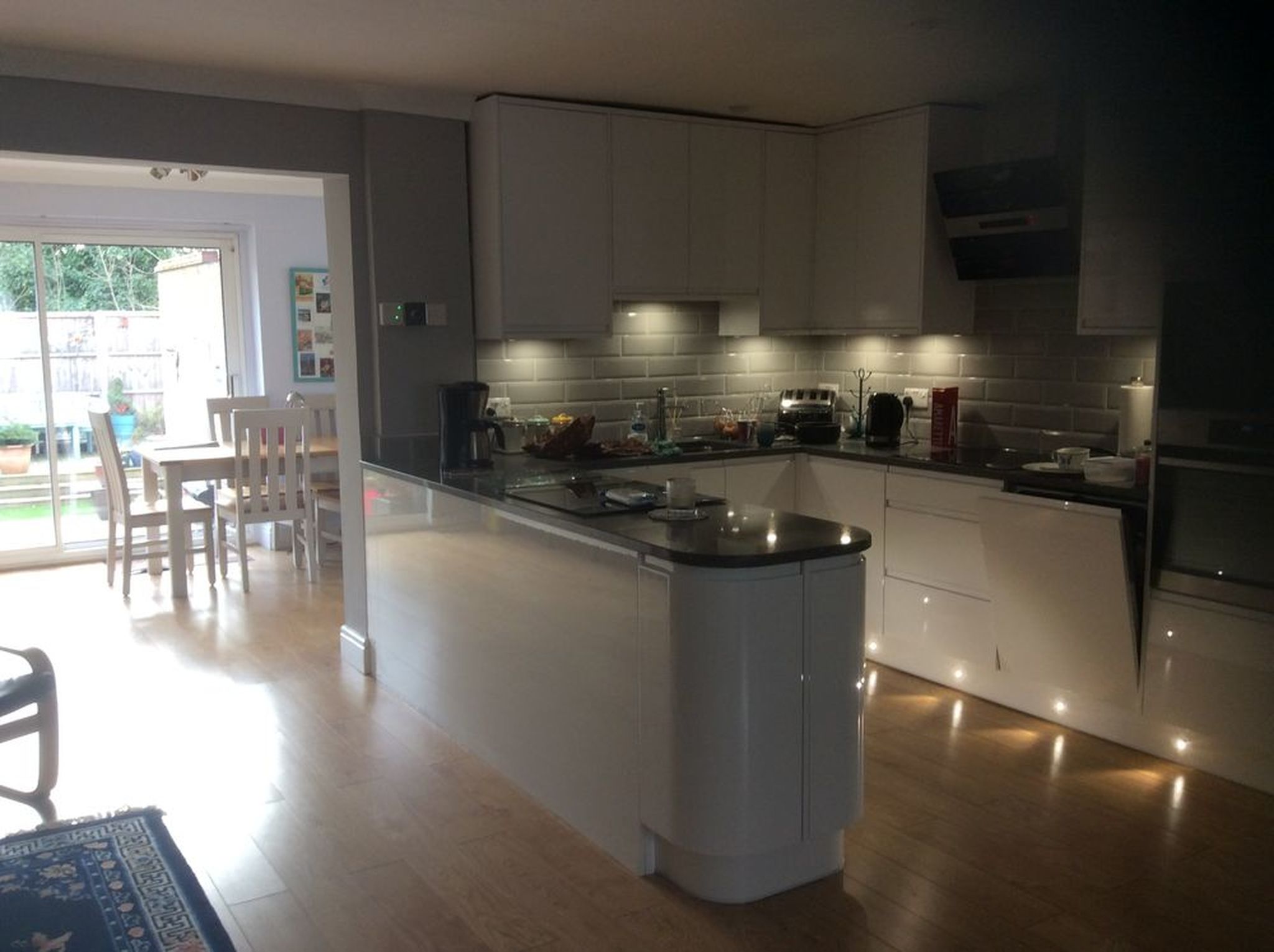 When we were seriously let down by our first choice builders, Khurram and Better Homes stepped in and did an amazing job in completing our downstairs kitchen and ground floor conversion.
After three weeks ‘squatting’ in our back bedroom, watching quality promises and deadlines being repeatedly broken, we had reached desperation point: we took the decision to place a new job spec on My Builder in the hope of finding a contractor who could complete the work for us promptly.
What an amazing response we had from Better Homes!
Khurram contacted us within an hour of the posting, and within two hours he and his team leader Mohammed were here assessing the tasks required! These included a whole raft of finishing off jobs, flooring, plastering, carpentry, electrics, painting and decorating etc! We could tell instantly that this guys were professional, willing to listen to us as customers, and confident in their ability to deliver. They were able to say exactly how long the work would take to complete. Best of all, they agreed to start work the very next day!
And sure enough, at eight o’clock the following morning five guys arrived and got straight down to work. They were skilled, organised and it was clear they worked as a close-knit team. They were able to assess what had to be done by thinking for themselves and understanding what we, as customers, were looking for in terms of finish quality and aesthetic effect. The carpenter even repaired our dining table that had been badly damaged by the previous team, without being asked. We were absolutely in awe of the standard of service and workmanship this company afforded us, and utterly delighted with the end result.
So a project that had appeared to be crashing on the rocks was rescued and delivered on time, and to stunning effect, by Khurram and his Better Homes team. They have totally restored our faith in the building trade.
We only wish we had known about them in the first place!