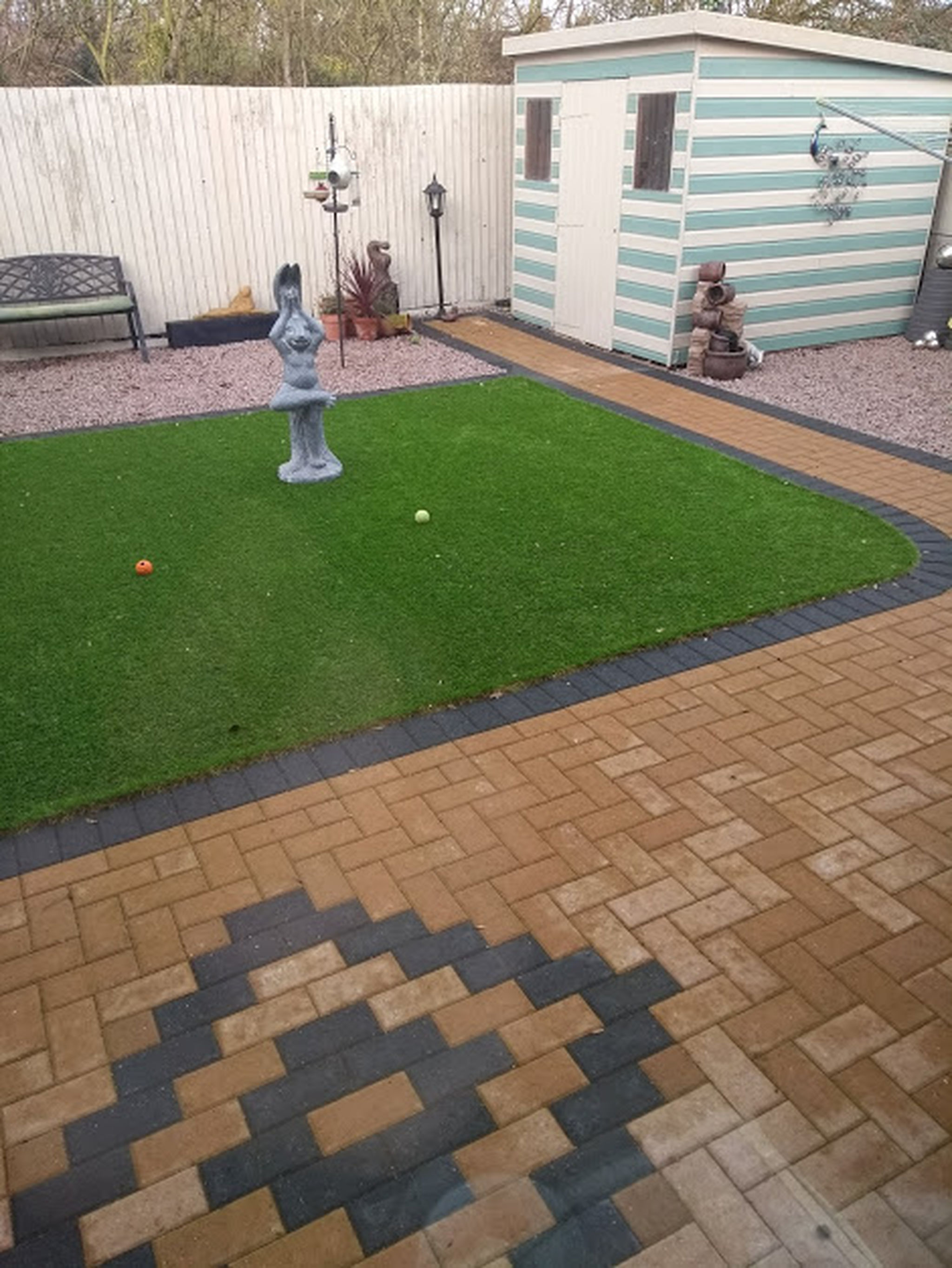 The back garden was a mess when my partner moved in, just a mass of uneven shingle everywhere.

Unlike many tradesmen, George was willing to go above and beyond. Rather than simply doing a straight pathway from the patio as originally discussed, on the day he suggested a curved finish would look better (although it would take a little longer to do).

After laying the patio he asked my partner if she would prefer a pattern in the block paving in front of the patio door. She said "yes" so a lot of the bricks were removed and then replaced in the agreed pattern.

George also bought some edging stones to fill a gap at the bottom of the fence which looked a lot better. This wasn't something discussed when he quoted for the job, and it wasn't something we had thought about either.

No further charges were made for these changes and extras.

He obviously takes pride in his work which makes a refreshing change.