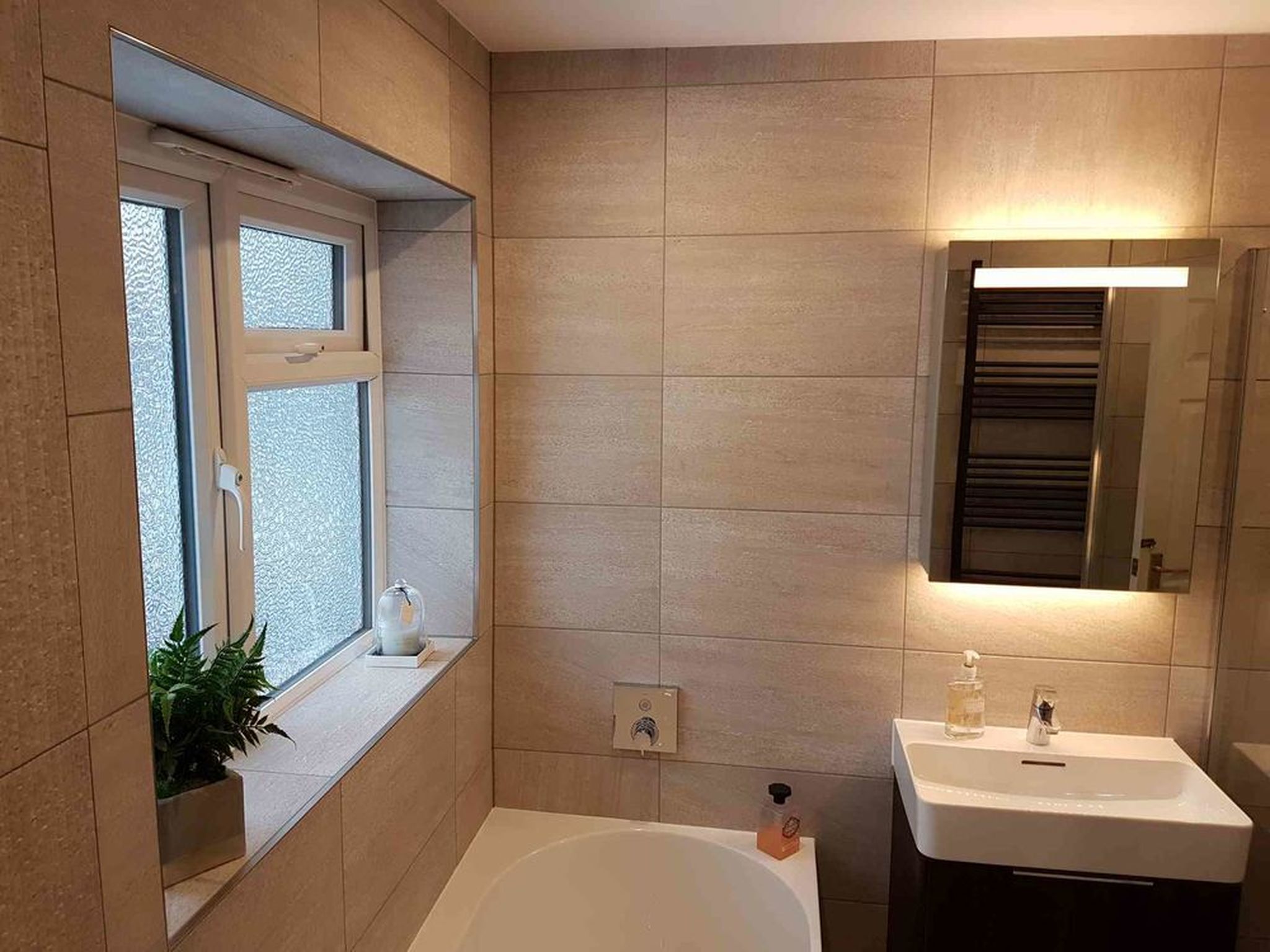 Igor quickly grasped what we were trying to achieve and made suggestions based on his knowledge of trends etc., which we went with and were thankful we did because his ideas were far better than our original ones.

He wasn't high pressure to carry out his ideas, just his confidence made us realise he was at the top of his game and that was certainly evident in the care he took in laying out before he even started and in the finished effect and the quality of his work...in our opinion, he is the master tiler!

I was fitting the bathroom fixtures and was running behind schedule in bringing pipes out in the right places etc., which must have been very frustrating for him but he was extremely patient and also made several observations that literally saved the day, as I wasn't familiar with fitting some of the fixtures. I wouldn't blame any professional getting fed up with a DIYer holding them up on the job, if he was, he was totally professional and didn't show it! He was polite, courteous, helpful and completely trustworthy, he couldn't praise him high enough!

He has been back several times since, tiling our porch and downstairs toilet which required extreme care tiling around a recessed cabinet and is the only tiler I would ever consider using.

Check out the detail in the photos, his accuracy is bang on and attention to detail is second to none. Igor deserves to win this prize!