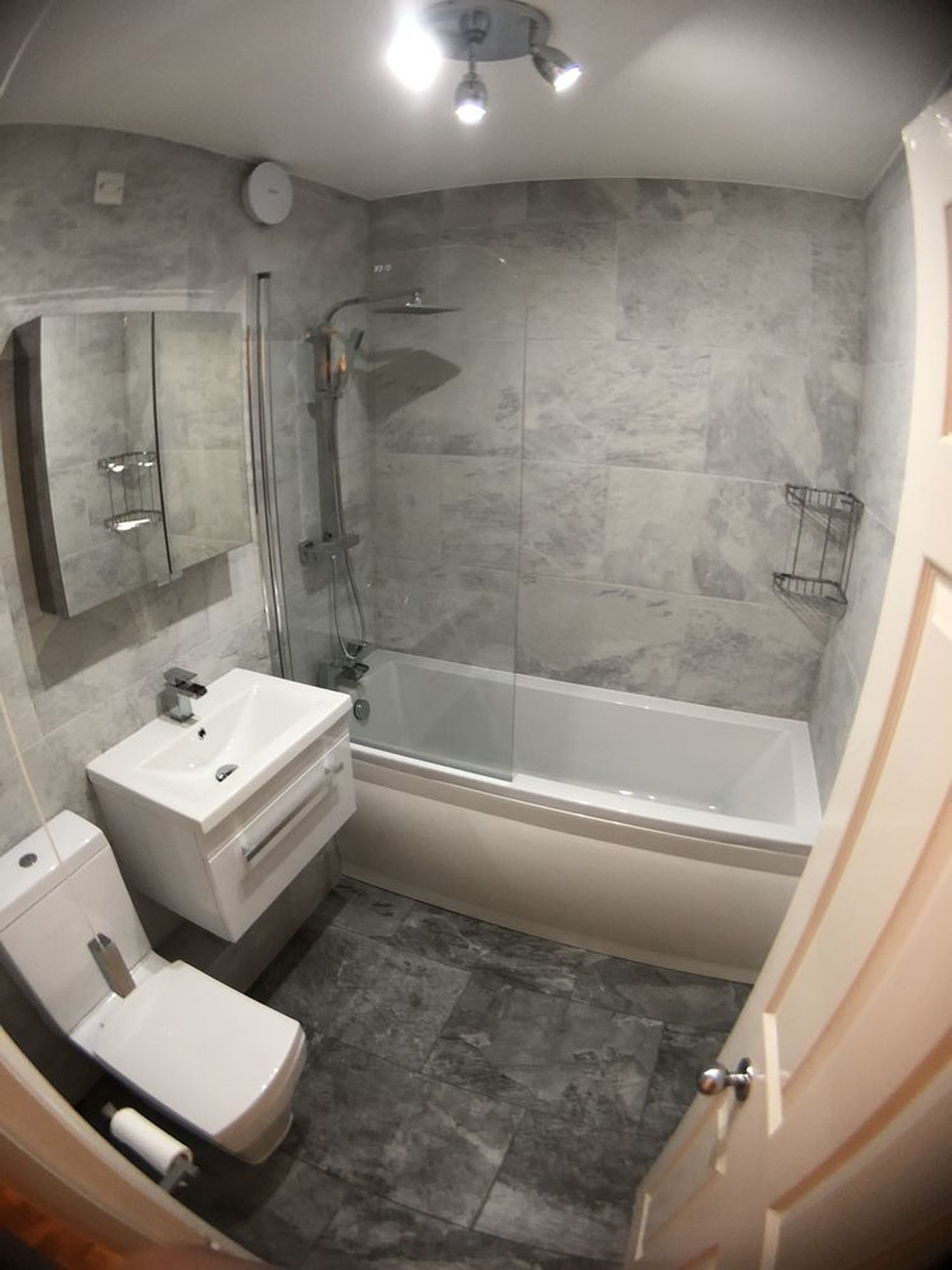 Mark was superb from the very start. He measured up the work and immediately offered catalogues for where he could get discounted product from. Not only that he asked if there were any other jobs that needed doing and as I felt very comfortable I actually asked him to replace an extractor fan and retile my kitchen. I then sent Mark a list of products I had chosen for the bathroom refurbishment and he actually said he could source them for cheaper than I was paying! So Mark ended up sourcing all of the products and fitting them for far cheaper than I had been quoted elsewhere (I am talking thousands cheaper) When the bathroom was finished, nothing was too small. We realised afterwards we needed a door stop putting in and he was back the next day to fix it, similarly the bath panel wasn’t quite lined up properly so he came back to refit it! He also repainted part of the kitchen and the ceiling in the bathroom, neither of which were included in the price, but were done to finish the job to such a high standard. He was Excellent from start to finish and I couldn’t have been happier with the job. The speed of quote to job taken was a matter of days and the work was carried out in an efficient manner. There was even a day when the snow was so bad they couldn’t come, but I was kept informed throughout and the communication was very good. I have recommended Mark to my colleagues and friends and have been back in touch with him myself about replacing my kitchen due to how good the work was. I have attached before and after shots (mark took the bathroom ones) to really show the quality of the work and the difference he has made!