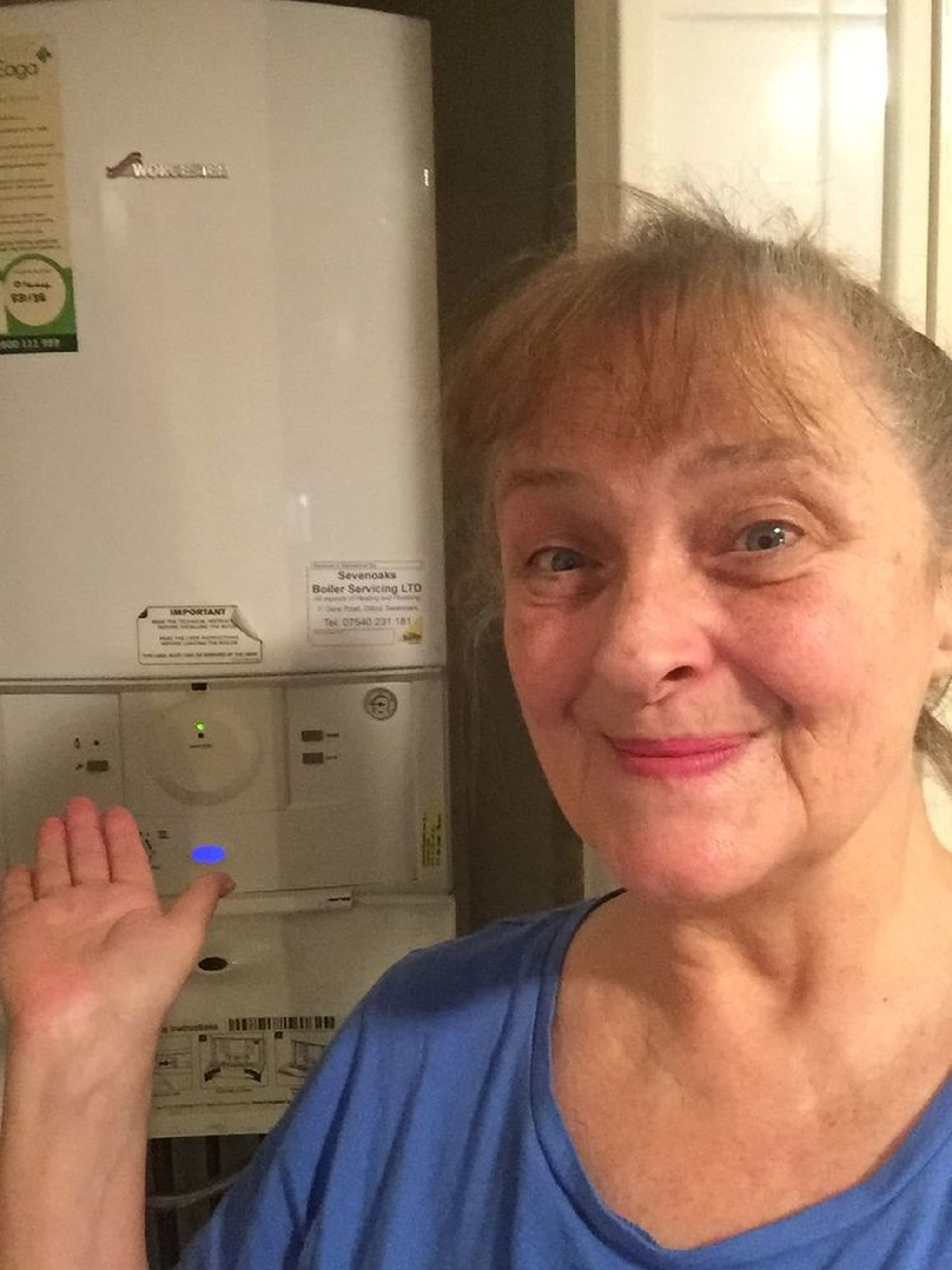 I chose Mykel Collins of A&F Gas Services for his prompt and polite response to my advert.
After thinking it was a minor problem, I left Mykel to investigate. Confidently, he took various pieces off the boiler and commenced testing. That is the extent of my technical knowledge.
Mykel spent some time going through the various possibilities and finally made a phonecall to Worcester. It turned out that a vital 'component' had come to the end of its useful life. Over a cup of tea, he gently broke the news to me. The part was ordered for the following day. Oh well, thought I, just my luck!
Mykel returned, as promised the following day, accompanied by his delightful wife (also training as an gas engineer - go the girls!)
This was a rare and difficult replacement and the kitchen was neatly stacked with....gas boiler bits! Mykel explained to me that boiler companies put specific serial numbers on all their parts to prevent inferior replacements. This required him to take phone instructions all through the fitting.
At this point I might add - the poor chap had woken up with a bad cold that morning, but forced himself out because he couldn't bear the thought of me without heating and hot water for another day.
Long story short, the part was fitted, the system was tested and bingo! Since then, the boiler has been working brilliantly, using much less gas than before and I was very pleased with the service. A very nice and able engineer with a charming manner and wife! I can't recommend him enough.