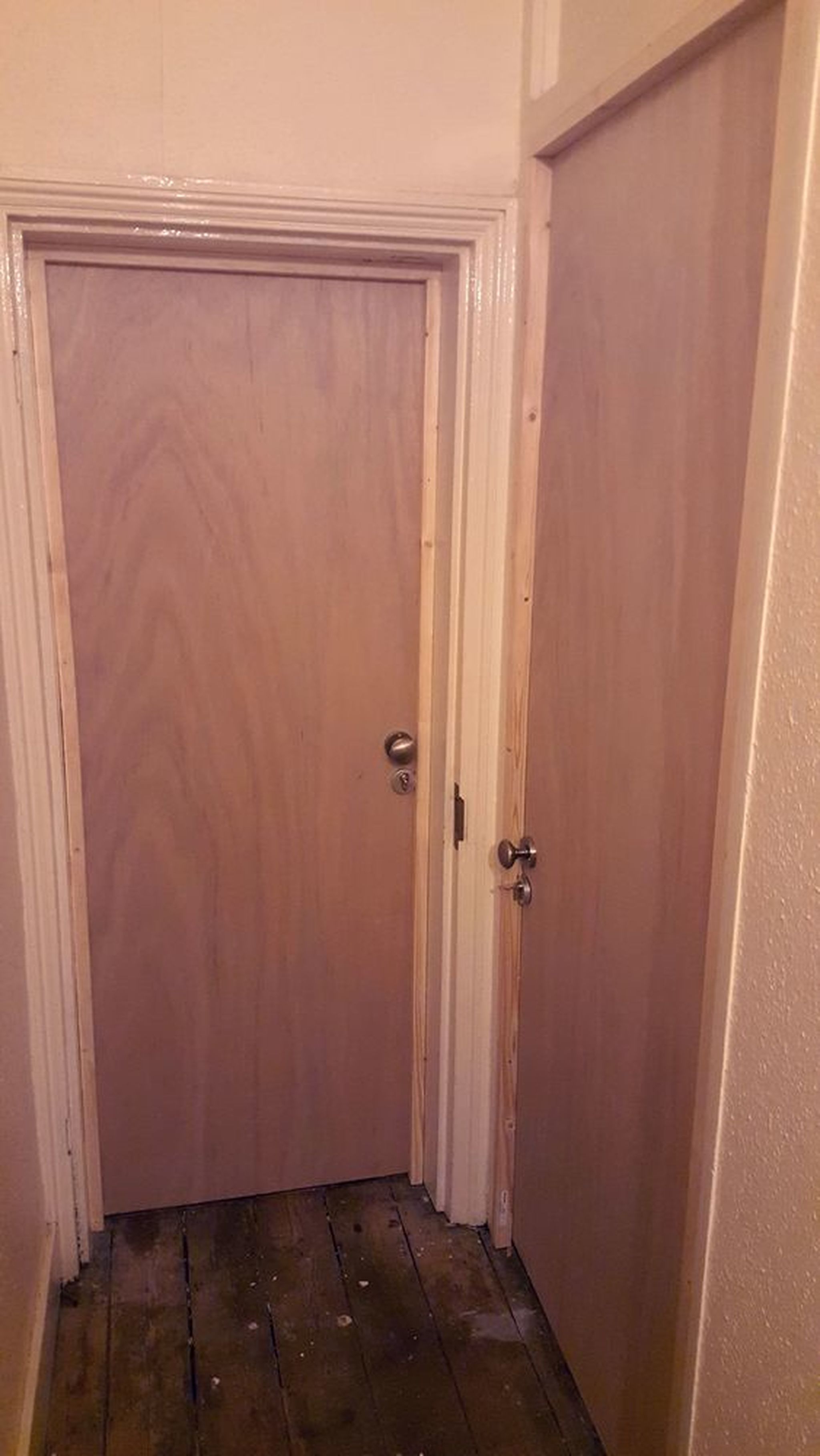 Due to having many trades people in over the years with some good results and many not too the standards I would expect from an experienced trades person. It had got to the point that I dread having jobs done and put them off. All in all I think I have spent double the amount I should have going over jobs that were not fixed correctly.
With trepidation I posted my job.
Kieran responded immediately. He took notes, we chatted about how the job would go especilly give the age of the building and expected difficulties with the door frames being so old. Kieran went off and priced the job, he called to double check issues before submitting his quote. It was a realistic price considering the scale of the job and compared to the other quotes I had got. His previous reviews spoke volumes and reassured me that I was making the right decision.
We agreed a date to start and he arrived on time. There were even more difficulties to overcome in order to get the doors fitting correctly which was imperative as they are fire doors. It is an old house with all doors none standard and frames out of level. Kieran discussed all problems and we brain stormed to find solutions. It was an extremely difficult job and Kieran remained positive throughout. He worked cleanly and remained on target throughout the job. I genuinely believe that any other trade person would have walked away or charged more. Kieran went without breaks and stayed late to complete the job. He took pride in his work and was quite adamant that it had to be done right. Not many people like Kieran about that enjoy their work.