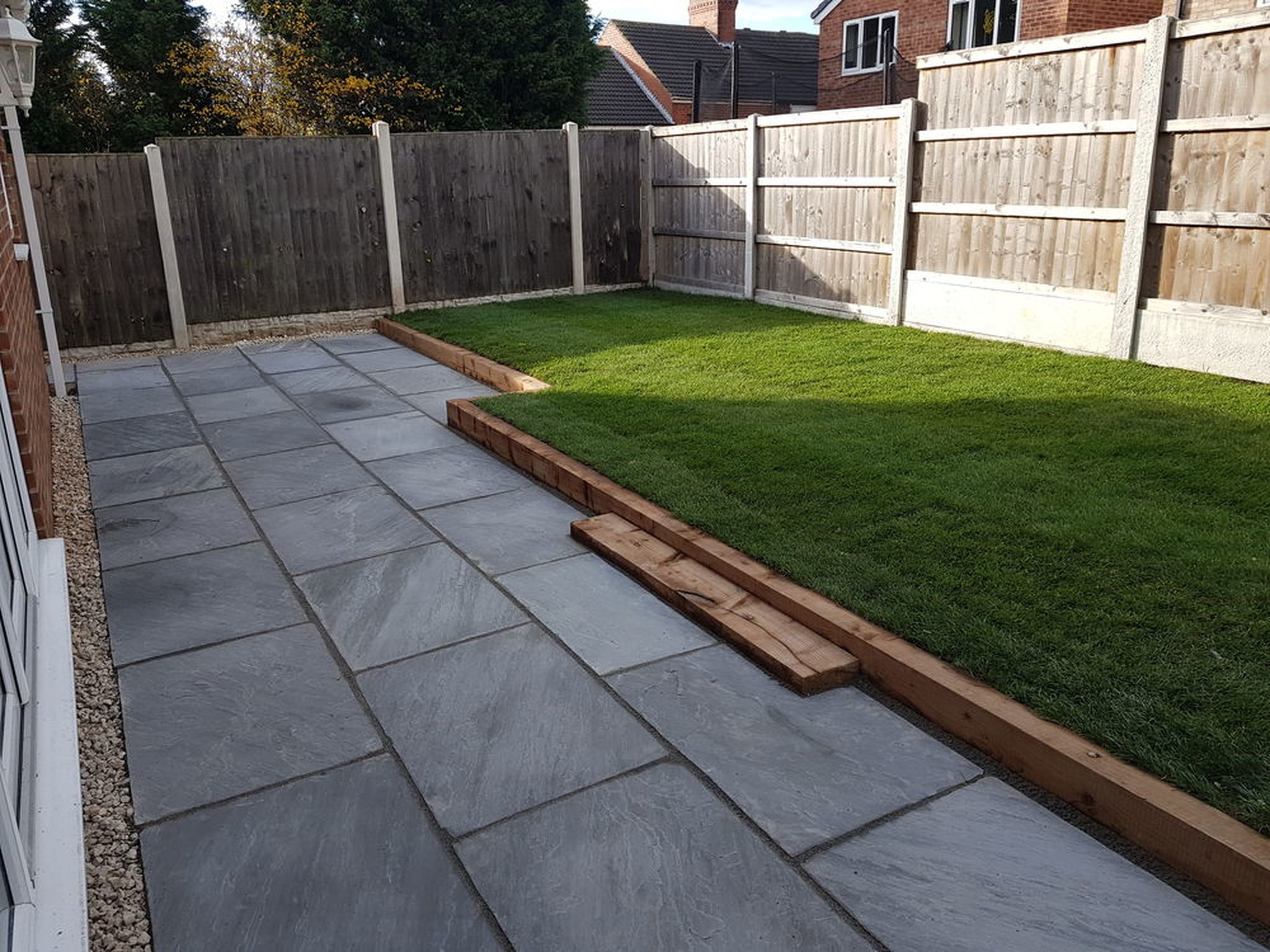 We had several companies come and quote however rather then just giving us a quote james took the time to discuss what we wanted to achieve with our garden space.
James was extremely good at giving us ideas to get the garden how we really wanted it, we initially looked at just having a patio placed on the left side as the garden was on several levels, slopping, rock wall across the garden pretty much in front of the patio doors and I didn't think we could do much with it. He gave us all the time in the world to discuss options including calling me when I text on an evening and weekend.
When the job started they took their time to plan and checked with us when things progressed to ensure we were happy.
James bared in mind we had a budget and stuck to it even when we had unexpected issues I.e next door garden didn't have retainers meaning if we dug further it would have caused long term issues for us and even found a Road underneath our garden that was left and covered up with mud/grass. James kept checking the work and would redo it if he didnt think it was right/perfect.
Half way through I mentioned that I would have liked one of the back fence raised as they were all at different heights, although this wasn't included in the price agreed, James had a spare fence panel and said we would sort it free of charge including informing our neighbour to ensure it wouldn't cause disputes.
Due to the delays caused by the unexpected issues, James and his team came back on a Sunday to complete the job, I told him I didn't mind the extra day as they had been working on it for 3 days but he said we wanted to complete on the timescale originally agreed which I really appreciated.
I wouldn't hesitate to recommend them to anyone. We have had lots of compliments from our friends and family and they are overwhelmed by the change