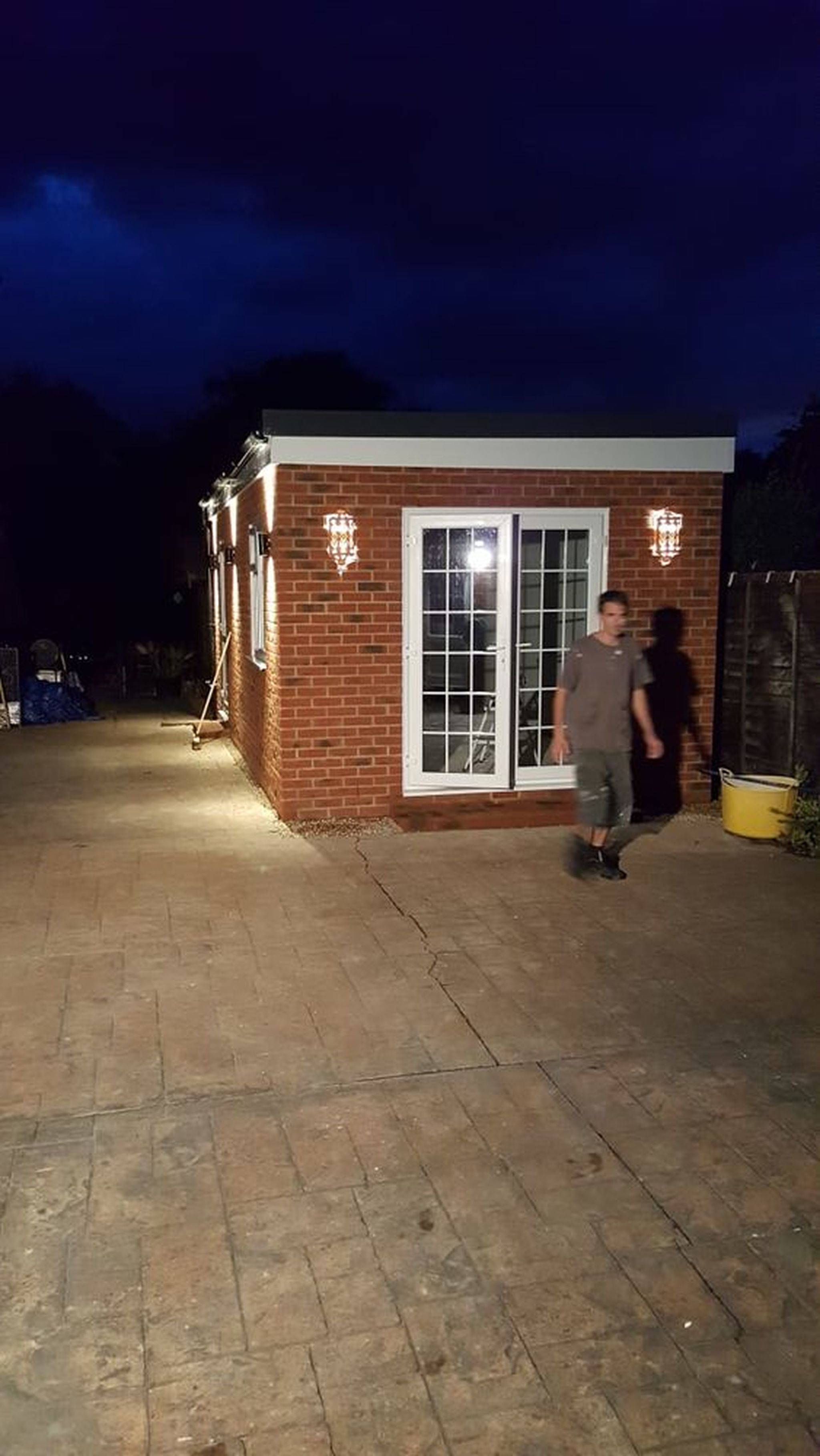 I have very high standards and Dave met them.

As I had to buy bricks in batches of 1000 Dave realised that I could get a bit of extra space at no extra cost. Well this was the idea. However this decision had some slight knock-on effects which meant extra wood was needed. Dave got a quote for this and I was happy to pay this. Unfortunately the quote he got from a well known builders' supplier was only good for that day as they had a special deal on (unknown to him and me). Dave absorbed this cost with no quibble.

He also put the roof up on the one day last summer when there was an unforecasted torrential downpour. This let to a slight depression in the epoxy roof. It was, I believe, still structurally sound but Dave realised I was not 100% happy and redid the roof, again at his expense.

I decided to do the soakaway myself to save money (I had a very tight budget) but Dave gave me advice freely and checked that my workmanship on this was good.

All through the build Dave was in regular contact and was very friendly and never quibbled over anything nor cut corners. He did not ask for any extra money and only asked me to pay instalments when I was happy to. At the end of the job I had a very impressive conversion. I decided I would give him a bit extra as I know he has absorbed a lot of unforeseen costs. I did want him to be out of pocket and would have given him more if I could have afforded it. He at no point asked for extra.

The standard of the job was very high, it was good value and he was thoroughly pleasant. Most of all I totally trust him and will be using him again in the future.