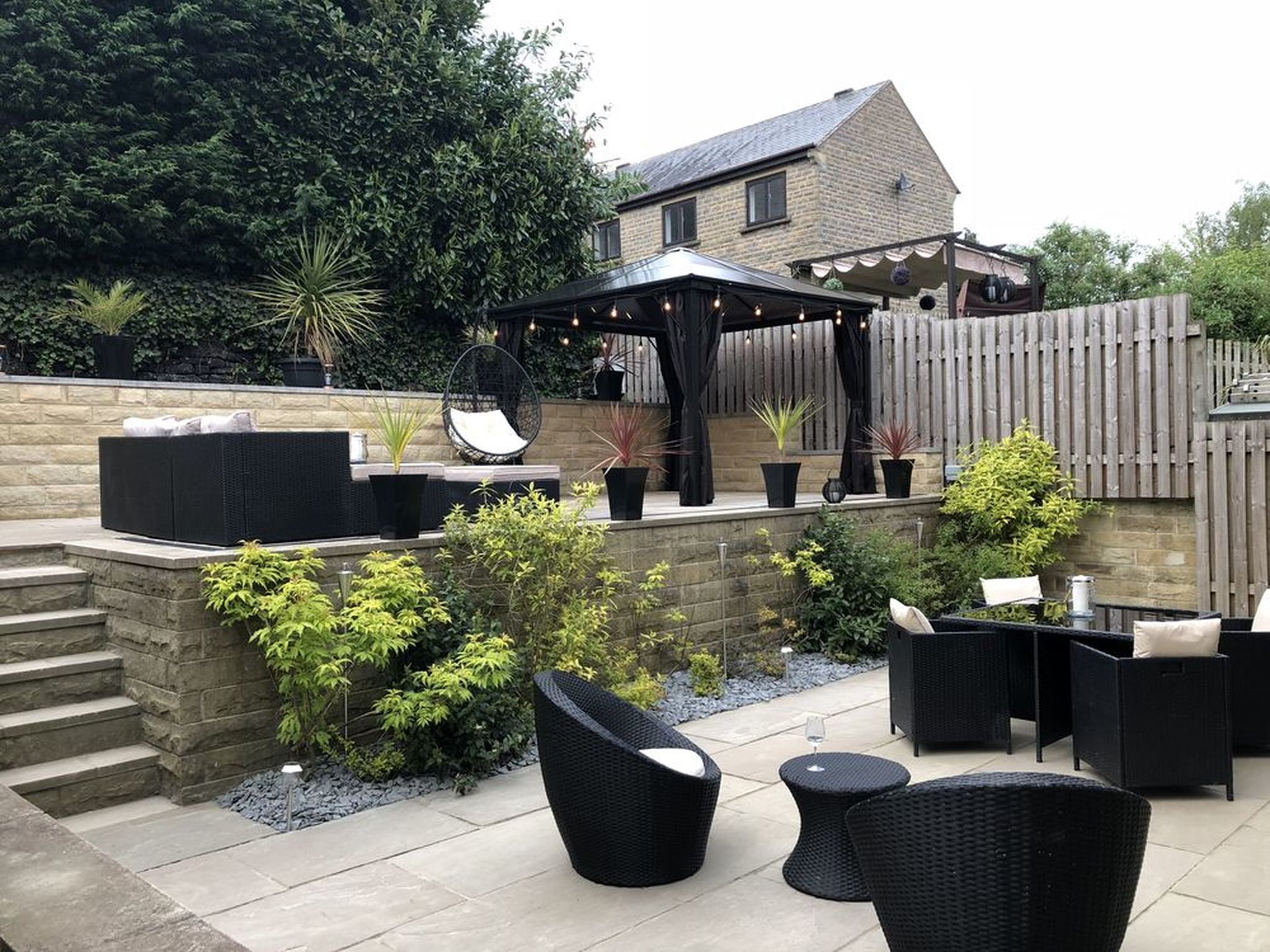 Reading Andy’s profile some part of me thought this guys too good to be true! Not only were all of his customers happy with his work every single person sang his praises and some went as far as to say they consider him a friend following completion of their work.
Having considered the job I wanted to undertake several times over a few years and been put off by the sheer magnutude of it I decided to do another round of getting quotes.
A cross between building and landscape gardening didn’t help matters as I asked eleven different companies to quote. Some arrived and downright refused the job, others gave me the age old trick of quoting astronomical prices to avoid having to actually do the job.
A number of challenges made this job so undesirable from the fact that there was c.20 tonnes of soil to dig out and move by hand down a flight of outside stairs to the fact that the timing ended up coinciding with the epic “beast from the east” to the access for deliveries being in neighbours property meaning a very heavy, crane and lorry needed to manove horrendously tight and steep access for which Andy took on managing neighbours communications and overseeing and taking responsibility for keeping everyone happy and reassured.
Andy, took one look at the challenge and became animated and passionate from the minute he set foot on site.
We had set backs and days where I wondered if anyone would be crazy enough to come back and finish but Andy never once waivered. He stayed positive, calm, reassuring desire the many many challenges presented.
The finished job is beyond anything I could have imagined it to be - Andy however always knew exactly where he was going with it and delivered a finished garden that I can never ever get tired of. Knowing that literally blood, sweat and tears went into this but that Andy would never let it beat him is testament to why Andy needs to be crowned Tradesperson of year (along with the fact that I now count him to be one of my friends - a bloody good one to have on speed dial!)