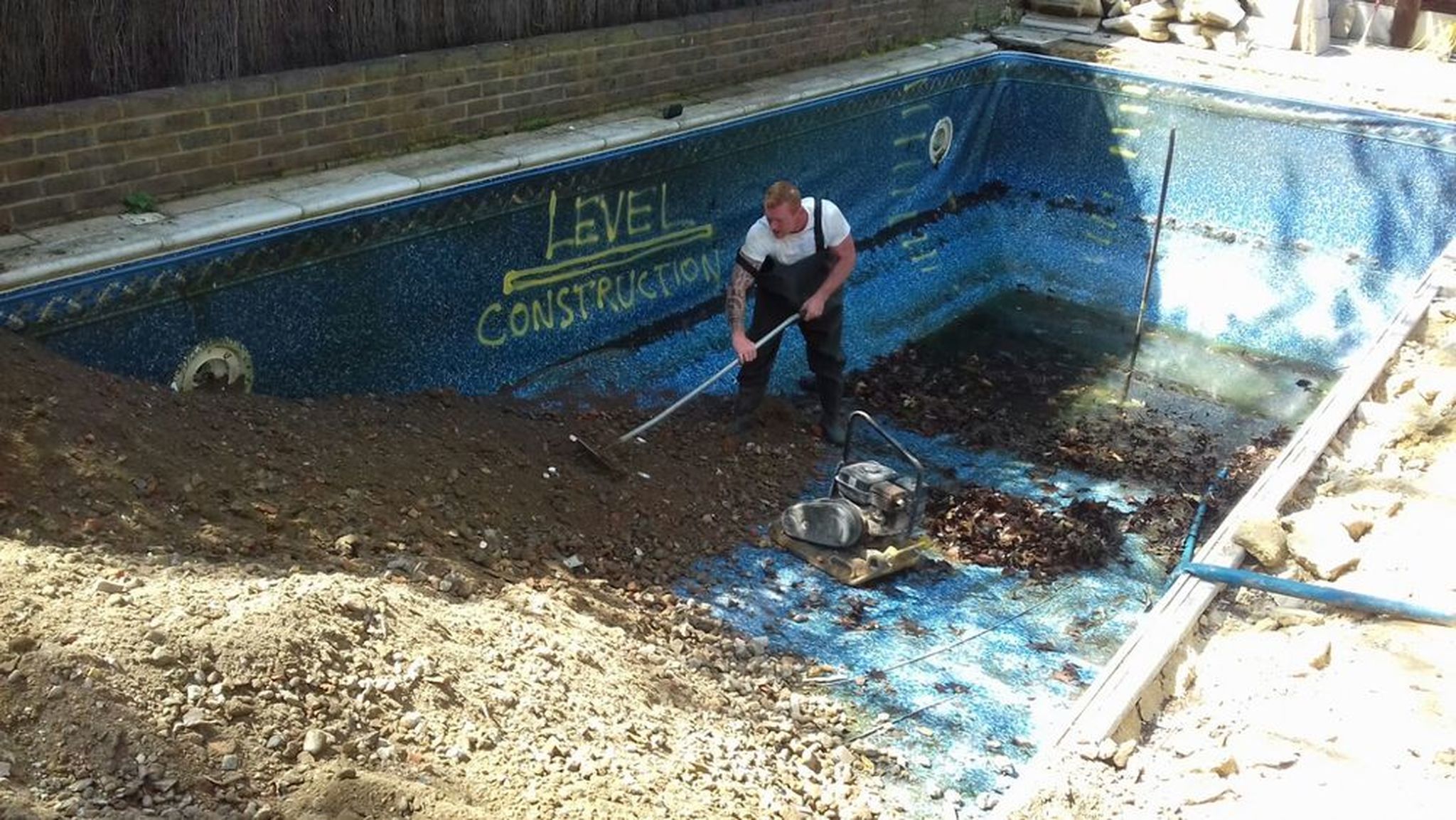 The guys at Level Construction gave a professional service from the first time I met them. Their quote was extremely competitive and I felt that I was in safe hands.

There was very limited access to the site for any heavy plant so they were more or less restricted to manpower to fill in this enormous pit! Just over 2 days later it was done. I couldn't believe my eyes! So many wheelbarrow loads !!
Not only had they done the job in record time, but I spotted later that they had replaced a broken fence panel as they had a spare one. A lovely gesture. I had absolutely no doubt that they were the right guys for the next phase of the project and I hope to work with these guys in the future.