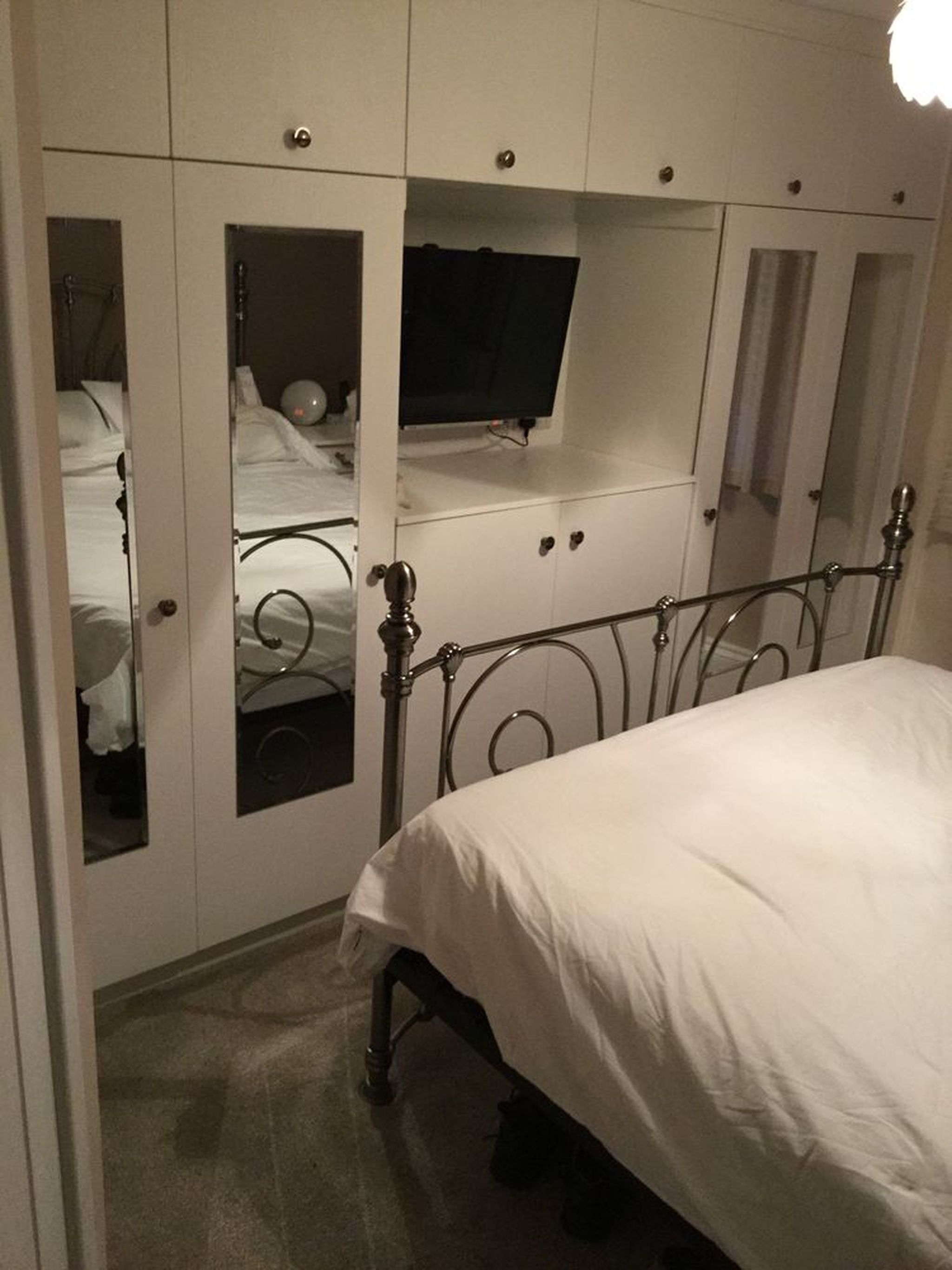 When we put our task up onto mybuilder we had in our minds an idea of what we wanted. Chris Bohr came to our house to see the bedroom and discuss with us our requirements. Our drawing, to be honest, was a little bit ‘raw’, that is to say an A4 sheet with line drawings. What followed in our discussions was Chris’s knowledge and experience letting us know if our ideas were workable but also he advised on how our ‘thoughts’ could be improved upon. At the end of our meeting we had a workable drawing. We engaged Chris and dates were arranged for the task to begin. In the days before the job started Chris was a regular visitor to our house. He is a perfectionist who visited many suppliers and would not purchase the materials unless they passed his standard. This meant dropping off the materials as and when he was able to get them. From the start of the job Chris would be punctual and start work early and finish late. He quoted 4 days for the task but he worked long hours in order to complete the task. During the day the only contact with him was when we offered coffee. It was amazing to see our wardrobes created out of sheets of wood. To be honest once he had completed the task we were so happy with the results and we got what we wanted. It was even better than then we hoped for! I would also like to comment on his ‘above and beyond the call of duty’. Our house is a 18th century cottage with cob walls. You can imagine that there is not a straight wall in the house! However, Chris adapted his task. Where we had a ‘wonky’ ceiling/wall he found a way to create a perfect match in some ways similar to a jigsaw. That is to say our task upon completion was wall to wall, ceiling to floor perfectly fitted wardrobes which were not only first class but beyond what we had hoped for.