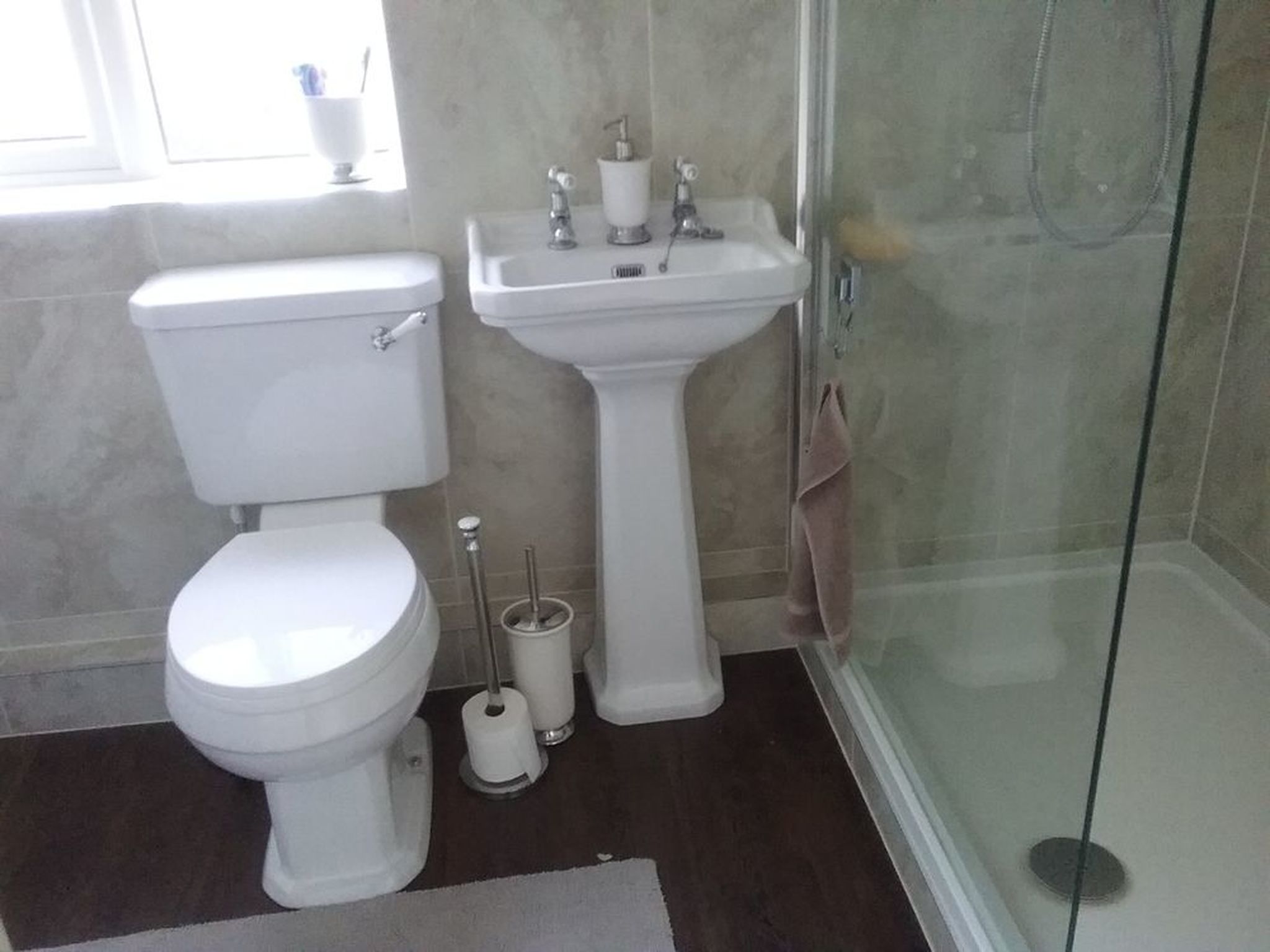 We believe that Leigh went above and beyond because of his dedication, craftsmanship and willingness to listen and consider all options.
DEDICATION Leigh arrived for work each morning at the same time which was exactly at the time he said he would arrive. He never left the job all day and on most night stayed later than expected to finish what he was doing. He never said that he had to go and buy this that or the other for the job and always did these jobs before he came or after leaving. He was always prepared for his days work. He tidied everywhere he needed to and never left a mess even bringing his own vacuum cleaner along with him. All of the above problems that could have happened we have experienced with other tradesmen, arriving late, leaving during the day, leaving us to tidy up their mess, leaving early.
CRAFTMANSHIP All we can say about this is that the end result was immaculately finished off. He never left any stone unturned. I would go into the bathroom and see him puzzling about how best to do things. We were very confident watching him work that there was not going to be any shortcuts carried out.
WILLINGNESS TO LISTEN AND CONSIDER ALL OPTIONS. From the start Leigh listened to what we wanted and discussed all other options. He picked up on a major problem right from the start explaining what would happen if we did things the way we wanted. We had five estimates for this job and not one other tradesmen picked up on this point. We discussed everything along the way. Leigh even guided us as to where to buy the products we needed giving us the choice of buying these ourselves or leaving it to him. All in all we found this experience and piece of work the easiest and the best finished we have ever had, at a competitive price too!