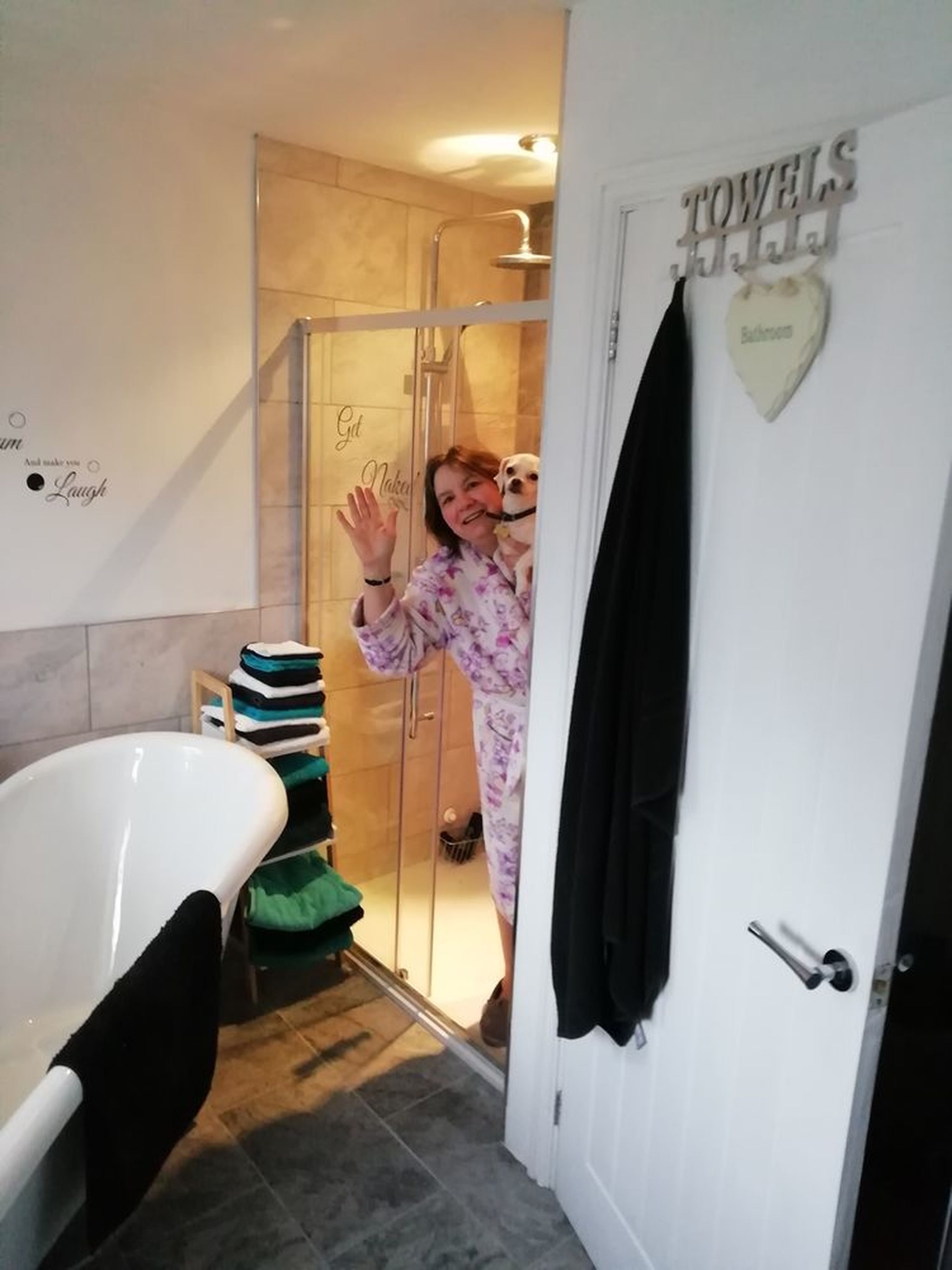 From the first time I met Dan I felt like he knew his job. He listened to my wants and wishes without battering an eyelid, unlike three other builders that I had to quote for the job. He was not put off that removing two walls to make my bath/toilet more manageable for my husband and myself. He was not put off that we may need steels to go up. His estimate was half of everyone else but after looking at his previous jobs and his review on MyBuilder I felt that he was the man for the job. Dan arrived on time and at 8.30am every day. He was very understanding as the order of the bathroom fittings ect was not delivered on the day I requested. He arranged with his next job he was suposed to be starting after mine, to go there earlier while we waited for my bathroom to be delivered. He then comforted me when it was delivered and turned out to be wrong! I was so dissapointed. He allowed for my husbands illness and shaired jokes with him. He then took controle for me and arranged everything. He got intouch with the bathroom company telling them everything I needed and to collect the wrong bath ect. He postponed his next job to make sure I was left with the bathroom of my dreams putting up shelves, mirror and curtain pole. Arranging the electrican, plasterer and tiler all for me. He even looked after my dogs for me while I was at work and took them for a walk. This all took another week and he did not charge me any extra. he did all of this without a second thought, but it ment the world to me. He has since been intouch to make sure that everything is ok, and has visited a couple of times just for a chat and to check we were happy. He has become a friend of ours now and we often chat on the phone. I tell everyone how patient he was with us and what a great team he got together. Everyone cleaned up as they went along, even hoovering up! Could not be happier as my husband has a great big shower for me to help him in and I have my luxurious bath to soak in for hours.