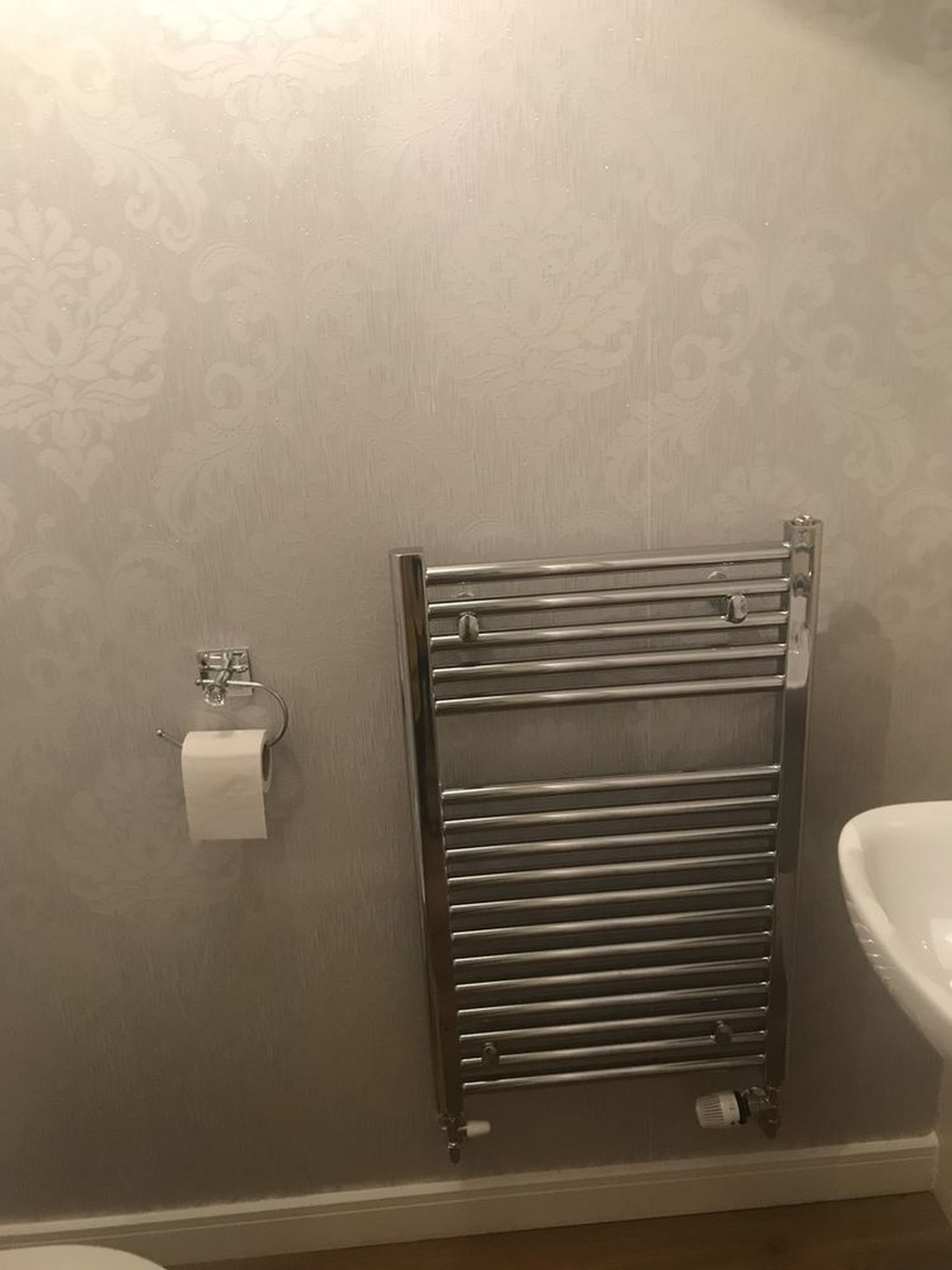 James was contacted at such short notice to remove a towel rack in order for the decorator to fit the wallpaper. James came urgently eventhough he was very busy, and he still provided a very reasonable quote for removal & refitting. I was shocked as we had people charge double that amount on the site. He said he would only take payment when he had fitted the towel rack back.
James was thorough and checked the boiler and all radiators to ensure no damage was done to our heating system.

James was also friendly and my husband and him spoke about football (they support the same team). I won't mention the team on here LOL. In any case, it was lovely having him in our home.

Where James really went over and beyond is when we called him on a bank holiday (August 2018). We called him because my husband had been trying to do some DIY (putting a clock up) that day but he ended up drilling into a water pipe. Yes, WATER PIPE! As you can imagine water was gushing out everywhere all over the sofa and the rest of the living room. I was so stressed, what a nightmare in our brand new home with a little toddler running around. We were all soaked. Looking back it was funny but not at the time.
We called James to talk us through what to do- It was a bank holiday!! He could have decided to not pick up my call. James came out the following day to fix the leak and pipe and charged next to nothing. Thanks alot James. We appreciate what you did for us and how you calmed us down. The clock is up and you wouldn't have even known that there was a big hole in the wall from where the water had leaked through.

I can assure you all, no more DIY works for my husband!!