More than 2,000 homeowners across the UK nominated their MyBuilder tradesmen for our 2018 Job of the Year award, which aims to find tradespeople who went above and beyond the call of duty to do a brilliant job. Over 43,000 members of the public cast their vote, with the final shortlist taken to a MyBuilder panel.

We’re delighted to announce the ultimate winner as Tim Taylor, of T.I.M Building and Maintenance Ltd of Bolton. Tim was nominated by Bury resident Ben Ryan for his exceptional work converting his garage into a bedroom and bathroom for his daughter, Layla, who is disabled and a wheelchair user.

Dad Ben was blown away by Tim and his team’s tidiness and consideration throughout the work, even cleaning his driveway for him which wasn’t part of the job!

Ben explains why he nominated Tim for the award:

The nomination for Tim was a no brainer. Tim and the guys turned up on time everyday, always really well mannered, and they took time to get to know me and the children. When Layla was there, they showed her around and told her where everything was going to be and how the work was progressing.

The icing on the cake for me was that the week after the guys had finished, a parcel came in the post and it was a personalised pillow for Layla in the same colour scheme from the room.

The family has already got plans for their winnings, which will go towards finishing off the room with some much needed equipment for Layla, such as a hoist.

Builder Tim, who joined MyBuilder in January 2017 and has achieved 100% positive feedback from customers, was touched to have been nominated for the award:

I have been absolutely stunned that we had been nominated and the kind words that came from Ben and his family were amazing. This is our first year on MyBuilder and we have had a fantastic year. We try and do a great job and treat everyone correctly and it’s nice to get recognised.

Huge congratulations to Tim for winning our 2018 Job of the Year award. He and Ben faced some tough competition, but Tim’s high standards really stood out and we are delighted to present them with the prize.

Celebrating our excellent tradesmen is a big part of what MyBuilder is about, and we hope this competition helps shine a light on their outstanding achievements.

We’re already on the lookout for the best jobs for the next Job of the Year award! 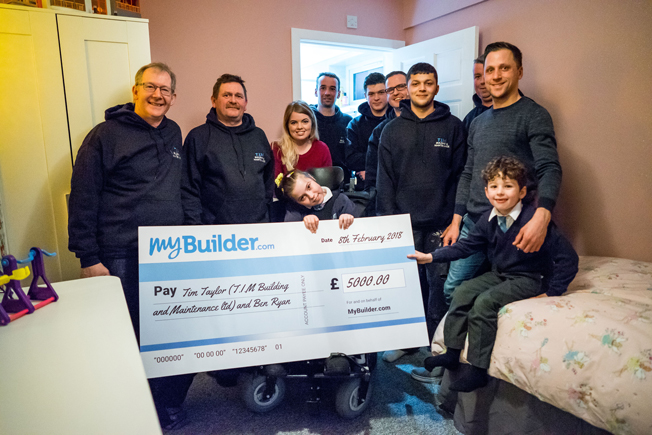 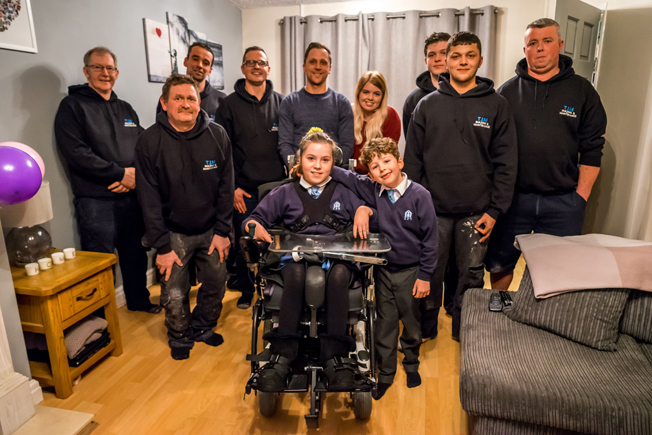 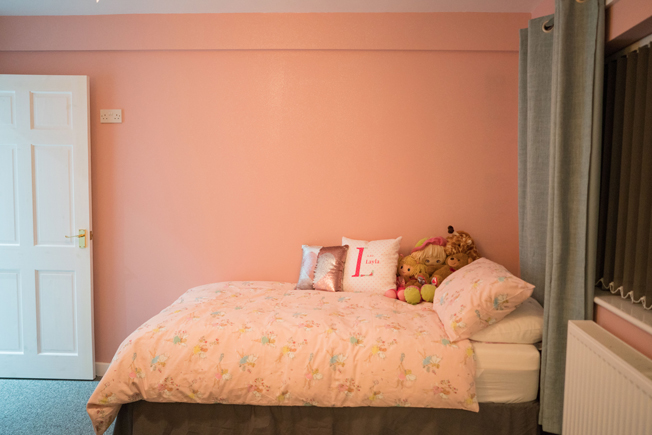 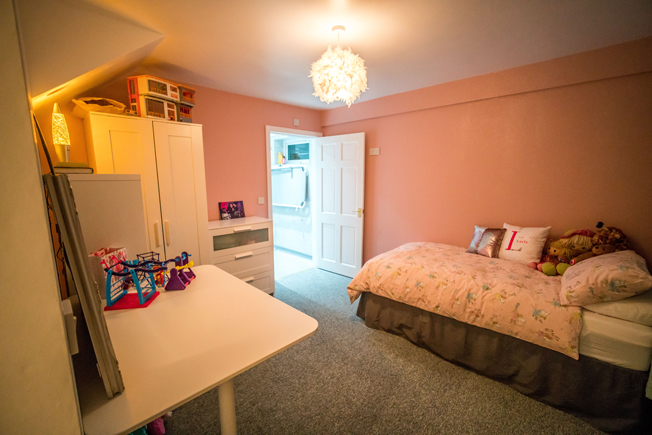 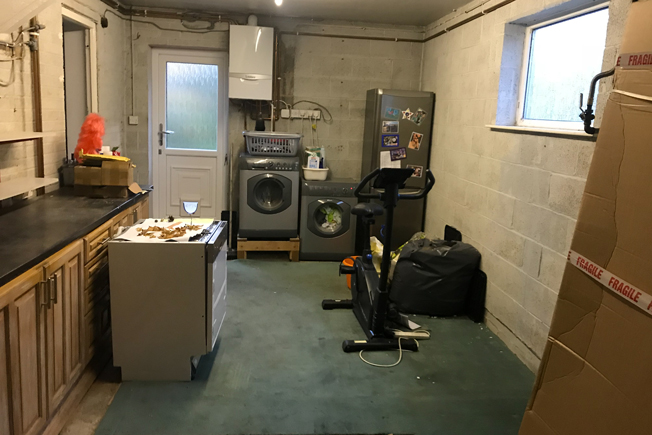 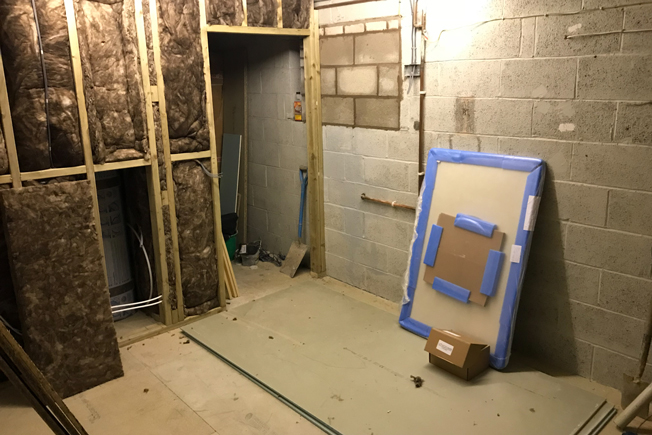 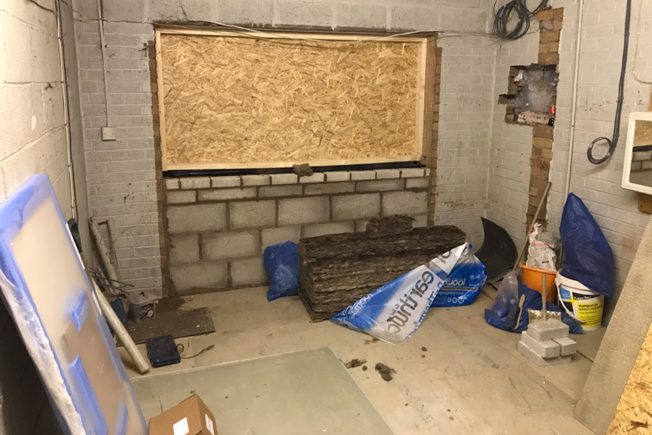 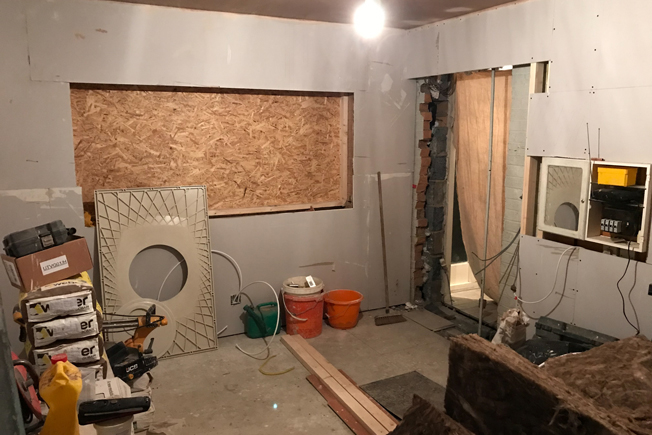 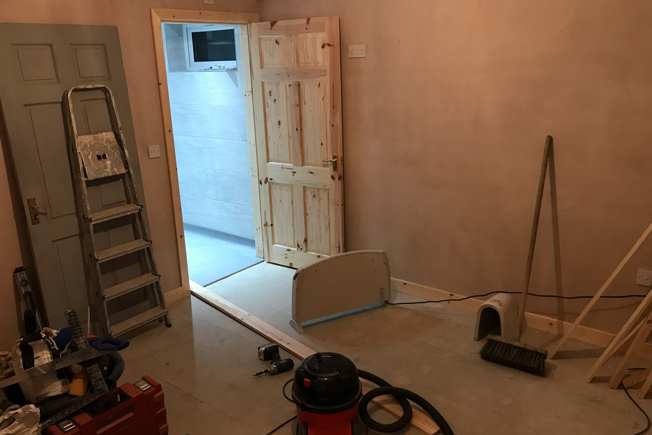 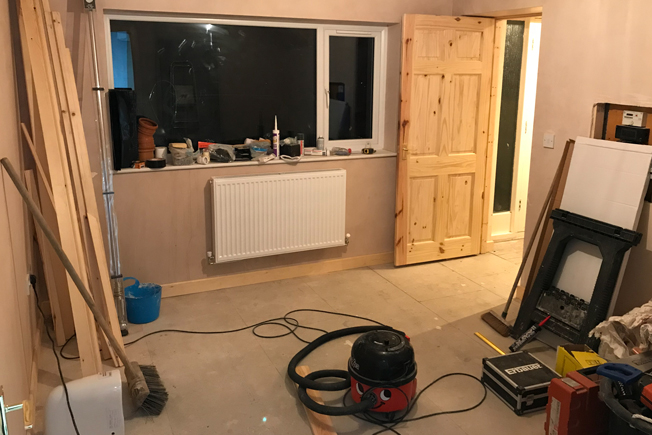