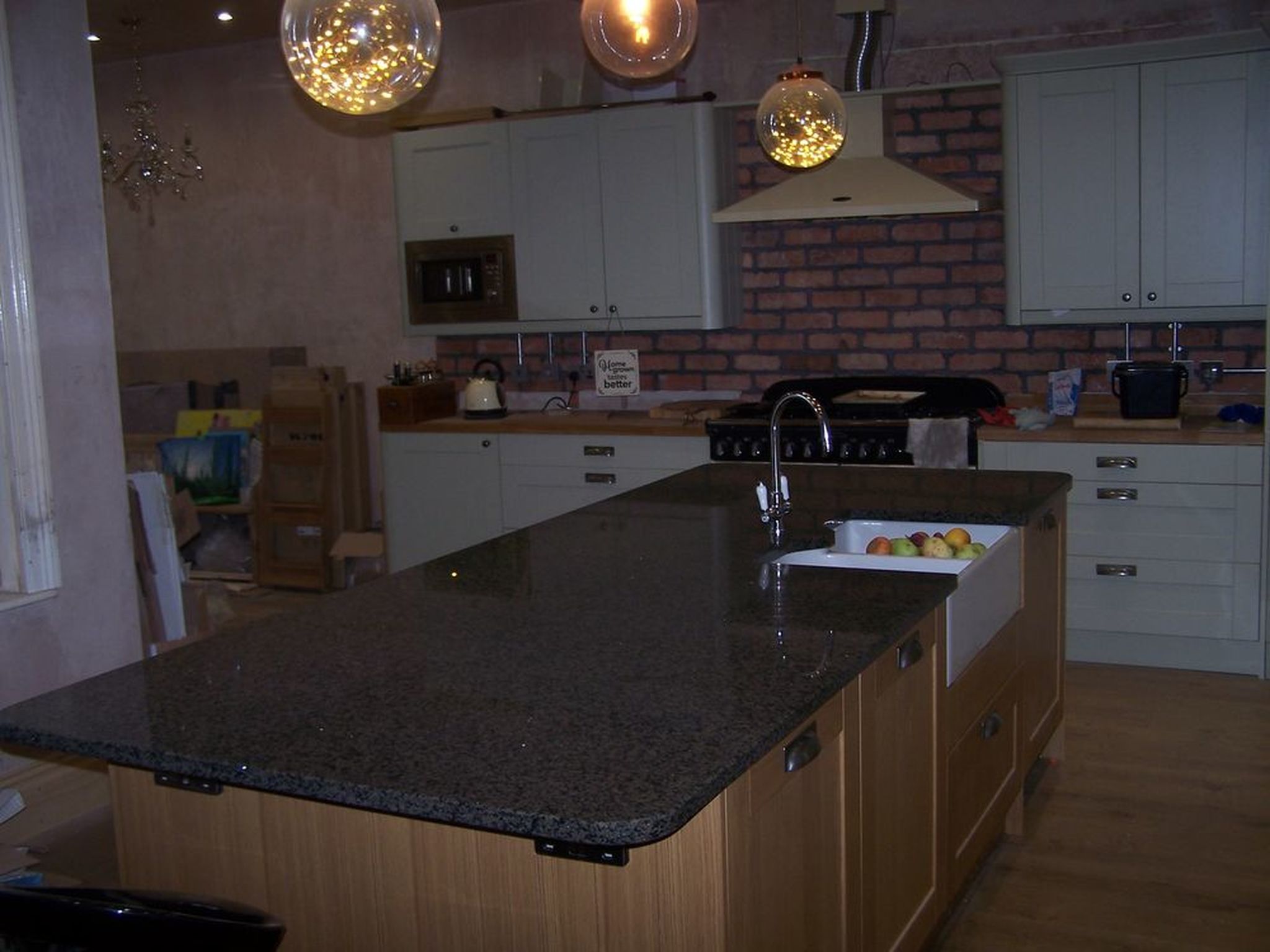 In 2017 we embarked on a massive transformation of our Victorian terrace house. After years of umming, arring and talking we decided to bite the bullet and begin the work on our 4 bed family home. We knew it would be difficult both practically and emotionally as the changes would include creating a large open plan kitchen/dining and lounge area on the ground floor by knocking three rooms together; as well as converting and extending an existing cellar in the basement! And all whilst we were still living in it! Knowing nothing about the practicalities of designing a layout/building regulations/building practices etc. it was a very daunting prospect. The job specification ran to seven pages and included creating 2 bedrooms, a lounge, a utility room, a shower room and new French doors in the basement and creating an open plan kitchen, dining and lounge area on the ground floor and a new ground floor toilet. It also included removing a chimney breast from the ground floor and up through a bedroom upstairs.
After a lot of research we finally chose a company called LDR Construction, lead by Laurence Douglas. On meeting Laurence he immediately made us feel relaxed. His company hadn’t long been established but Laurence had a wealth of experience as a builder and was happy to arrange for us to go and look at some conversion work he had done previously. He spoke confidently about our ideas, answered all our questions and was upfront about his abilities too. Laurence seemed very easy going and made us feel reassured. It was important for us to have a builder we would feel confident and comfortable with as they would be in our home for along time.
We were not disappointed. Our build took the best part of seven months to complete and there were plenty of issues that arose to test both us and Laurence but we all survived and we couldn’t be happier with the results!
Laurence was everything we thought he would be. He was very professional but also easy going in his attitude. He fit right into the family which was crucial as for several months he was there from breakfast and sometimes until the children were going to bed! He was very flexible and was happy to accommodate any ideas and changes to the plan. He dealt with all the ins and outs of dealings with contractors, building control and architects. He kept a positive attitude throughout, even when things went wrong or when we added to his job list!
Some aspects of the job changed- we had unforeseen structural issues and a few problems with the kitchen we ordered – but Laurence took it all in his stride. There was a knock on effect to the timescale of the job but this was in no way attributable to Laurence. We were never made to feel that it was inconvenient in any way for him to have to extend the job by several weeks.
Since completion Laurence has kept in touch to ensure everything is okay and has been back to fix a few minor niggles-again keeping his promises to be on time and get the work done. We are just coming up to twelve months since the job was completed and Laurence has arranged to come over to ensure everything is still as it should be before our final ’12 month’ delayed payment is made.
We cannot reiterate enough how fantastic LDR Construction were. Laurence and his team were hardworking, dedicated and professional and we would not hesitate to use them again and recommend them to our family and friends.