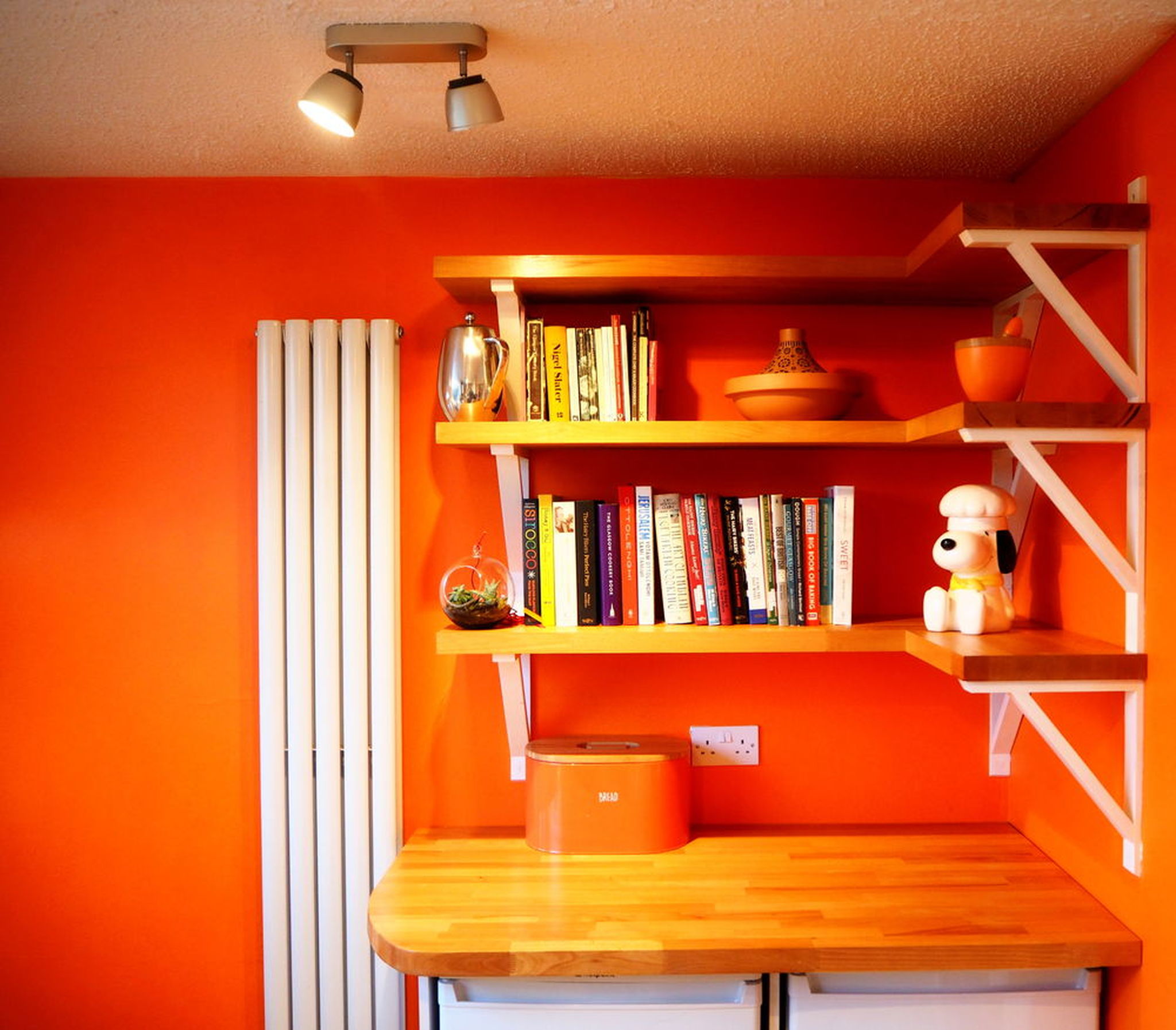 I had an awkward space in the kitchen that i wanted to make good use of which would provide me with useful storage and blend in with the rest of the room. I had a rough idea about open shelving for my ever-growing collection of cookery books (a small sample of which is in the photographs ). I also wanted a deeper than standard worktop over the fridge and freezer. Lee suggested I have the shelves made out of beechblock to match the worktops and put my mind at rest about how much weight they would support. He has made a fantastic job, he always turned up when he said he would and never left any mess. He also did some plastering and I would say that everything he has done is of a high standard.