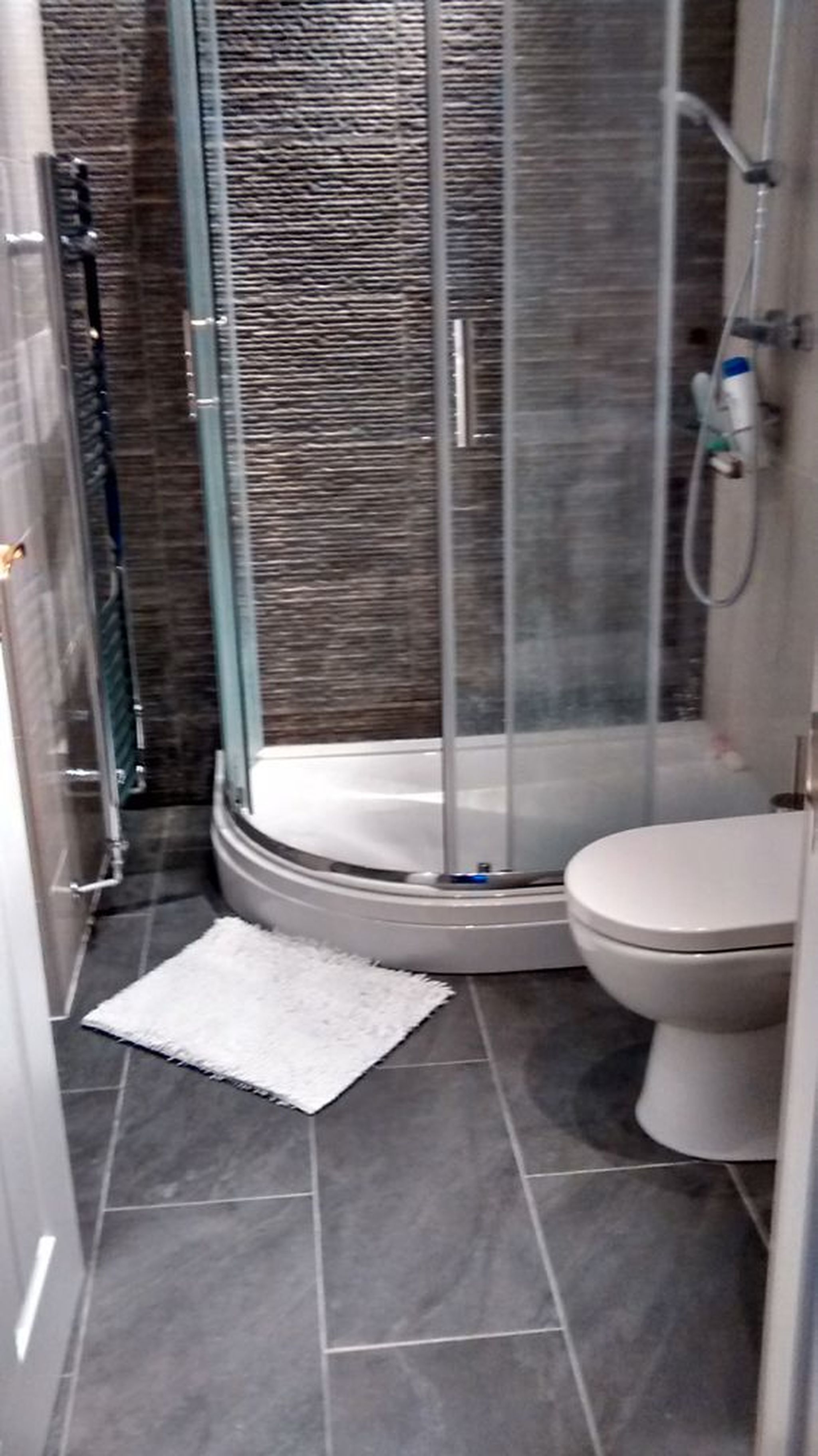 I would like to nominate Dave screen for the Job of the Year Award for his hardwork and commitment.
I emailed Dave after seeing his details on mybuilder.com at the end of Nov 2016 he returned a email quote the same day and he started work for us the 2nd week of Dec.
Dave did all the work from start to finish in 10 days and turned up on-site for 6 consecutive days (including a Saturday), he finished on time and ready for xmas 2016 which we wanted; a deadline the previous builder wouldn’t agree to.
The spec of the work. On completion of the tiling and grouting of the walls and floor tiles, Dave connected up the heated towel radiator, fitted in the shower unit, sink and toilet. He also created and tiled out a alcove feature unit with two glass shelves that involved drilling holes into the tiles for support . Dave installed and prepped the electrics for lighting above the unit with spectacular results. He fitted a wall mirror and prepared the lighting fittings. Our electrician checked and signed off the work.
Dave is reliable, courteous and hard working, nothing was too much trouble.
At the end of January 2017 and some weeks after Dave finished his work we discovered that the heating pipes under the screed and tiled floor in the shower room had not been connected properly by the previous builder, resulting in a leak. We contacting Dave who without hesitation removed an area of tiles that he had filled weeks before to accommodate a new heating system.
After my first post on Mybuilder.com I contacted them as I would liked to of added another post about the extra help that Dave had given us when we were having so many problems; unfortunately, we were told without restarting the process all over again this was not possible.
I am pleased to have the opportunity to put forward Dave Screen for this award as without a doubt he went above and beyond the call of duty.
V Stinchcombe