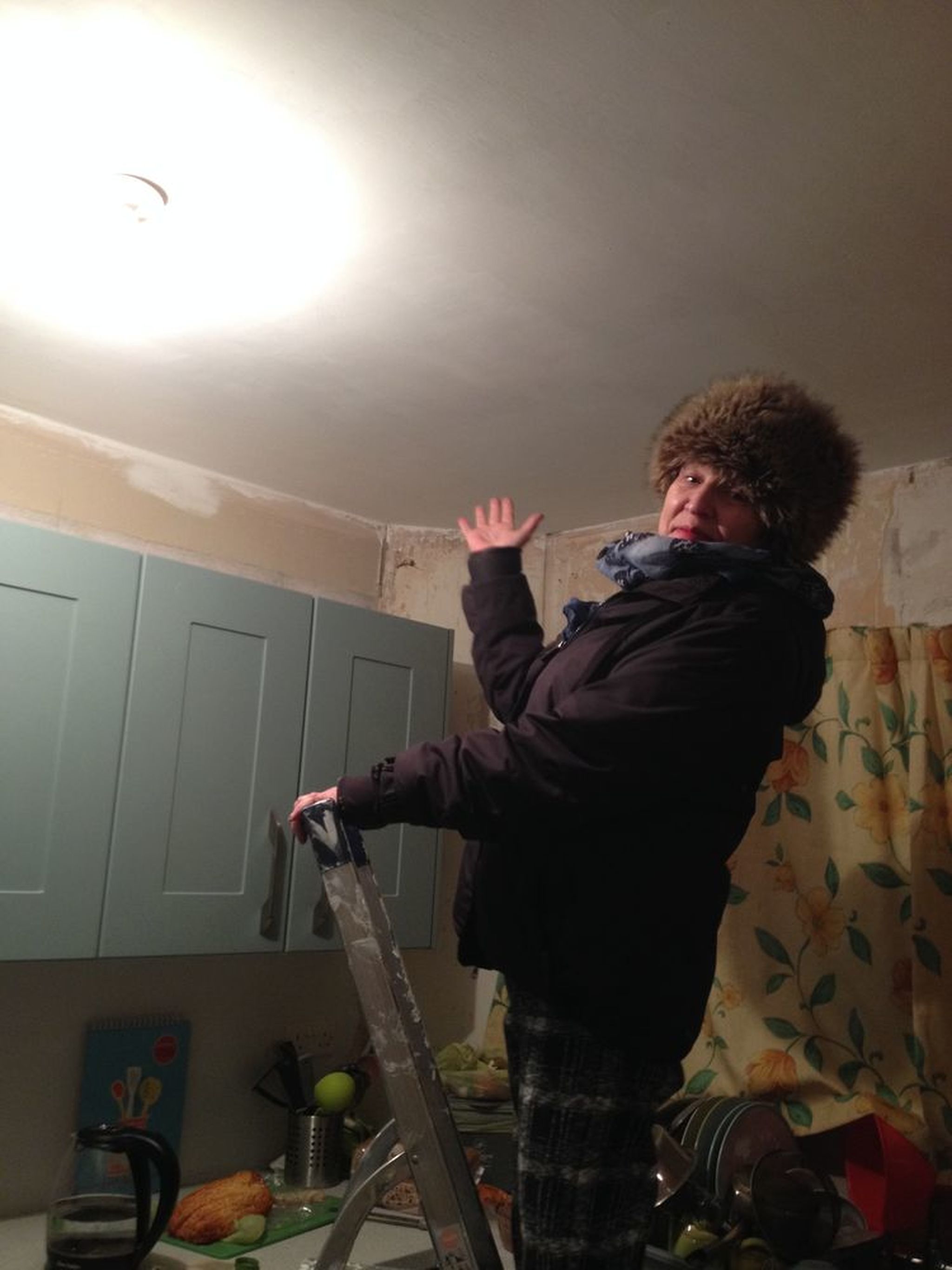 Firstly, let me thank Ryan Notz for founding Mybuilder.com and everyone who runs the website.

Before using Mybuilder.com, I found it difficult at times to find a trades person who I could trust to do jobs competently and not charge the earth for doing so. After all, if you have no feedback on someone, it is like taking a leap in the dark every time you have a job done.

1. I love to make people happy and giving £2500 to Jay would make him so happy and I would love to surprise him with the money – he has no idea that I am doing this.
2. Jay deserves a reward for his brilliant workmanship
3. If we win I could put the money towards converting part of my garage in to a summer house - if I don't win this prize then I cannot afford one, and I would love one before I leave this earth.
4. I would use tradespeople from Mybuilder.com to get the work done. Why would I go anywhere else?

Just before Christmas 2016 I was looking for a plasterer to replace my kitchen ceiling which had been damaged by water leakage. I had used Mybuilder.com previously for a couple of small jobs and they had done really good work for me, so I took the plunge again and got myself a plasterer from Mybuilder.com.

The website is very easy to use and simplifies the whole process.

I chose Jay the plasterer initially because of his 100% feedback and the fact that he is time served in his trade and his price of course. He came to see me the next day and actually got the job done a few days before Christmas which was very good of him so that I could get things organised in time for Christmas.

It took him just one day to do the job – he worked extremely quickly and efficiently.

The whole process from posting the job, to getting my new ceiling took only days to complete.

Jay explained that he simply loves to plaster and it is a skill which must be practised very often or he would lose the technique/s needed to produce a perfect finish.

First of all he placed thick plastic sheeting over my kitchen cupboards etc to protect them. He took down my own ceiling quite rapidly really. He measured the area which needed plastering and then cut the plasterboard to the required sizes – a bit like a giant jigsaw. He screwed the boards in to place and skimmed the surface after of course applying tape to conceal the joints along with the skimming plaster.

The result? A perfect new ceiling in just one day. My goodness he worked so hard and is so good at what he does.

I warned him that I am a chatterbox – give me an audience and I am off with no limitations. The number of people I have bored to death during my life is unquantifiable. So I tried very hard to not talk to him too much because I didn't want to interrupt his work.

I did very well - I managed to keep quiet for 2 hours at one point. But of course before I knew it, there I was yap yap yap yap yap. He was very patient with me, even when I tried to fix him up with my daughter – he is Asian so I saw no reason to stop once I had started after all he seemed genuinely interested. I had always wondered what it would be like to be an Asian parent arranging a marriage.

Anyway before I had knew it, I had shown him her photo to which he replied “she's a bonny lass”. I overlooked this statement because she is not overweight now, in fact she's quite slim now. I showed him the beautiful pictures she has painted and explained that she is an accomplished pianist and is very intelligent having a degree in Economics and has people phoning her for psychic readings.

I thought I had blown it when I saw the look on his face at the mere mention of going horse riding with her – but he cheered up when I said that he would get used to it in time.

We, that is the plasterer and I, arranged that he would go in to the shop where she works and he would say something lovely about her hair – she is very particular about her hair you see. The rest I would leave up to him.

Anyhow he left saying “this is just between us – ok?” I said “of course, she would go mad if she knew what I had just done!”

I felt ok about it all after he left – he's hard working, very responsible and he had shown me a lovely photo of himself in which he looks like Peter Andre with his shades on - quite a catch actually, shame I didn't try to sell myself.

A few days later my daughter phoned me to say some man had complemented her on her hairstyle – she was over the moon. She never mentioned what he looked like though, but it could only have been Jay.

I guess you are wondering what happened next – absolutely nothing! What a disappointment. I just don't understand what the problem is, she is such a lovely girl. Mind you, no one wants me either and God knows I try.

Quite how he got the degree of perfection which he acquired on my ceiling I have no idea – the finish is 100% smooth – not a defect on it. I just stand and stare at it sometimes.

He never took a break. Played his music at a low enough volume so that the neighbours would not be disturbed – didn't even have to ask him to do this.

I have taken photos of it but it really has to be seen to be believed.

Oh bye the way Jay, you forgot your screwdriver and don't worry about the teapot lid, I wasn't that keen on it anyway lol – I was going to phone you to tell you about the screwdriver, but I decided to wait until I won the £5000 for us, and if you like I can make sure she's in when you come for your cheque. She still hasn't found anyone – there must be someone out there who can take her off my hands!

Or would you prefer cash?

Thank you sooooo much everyone at Mybuilder, not only have you provided me with an endless source of builders - you have also given me a wide range of tradesmen to chose from. I have used several now and I can honestly say that I would never go anywhere else now for a tradesperson. They have all been punctual, reasonably priced,very conscientious and most importantly have taken a great pride in their work.

Thank you once again Mybuilder.com