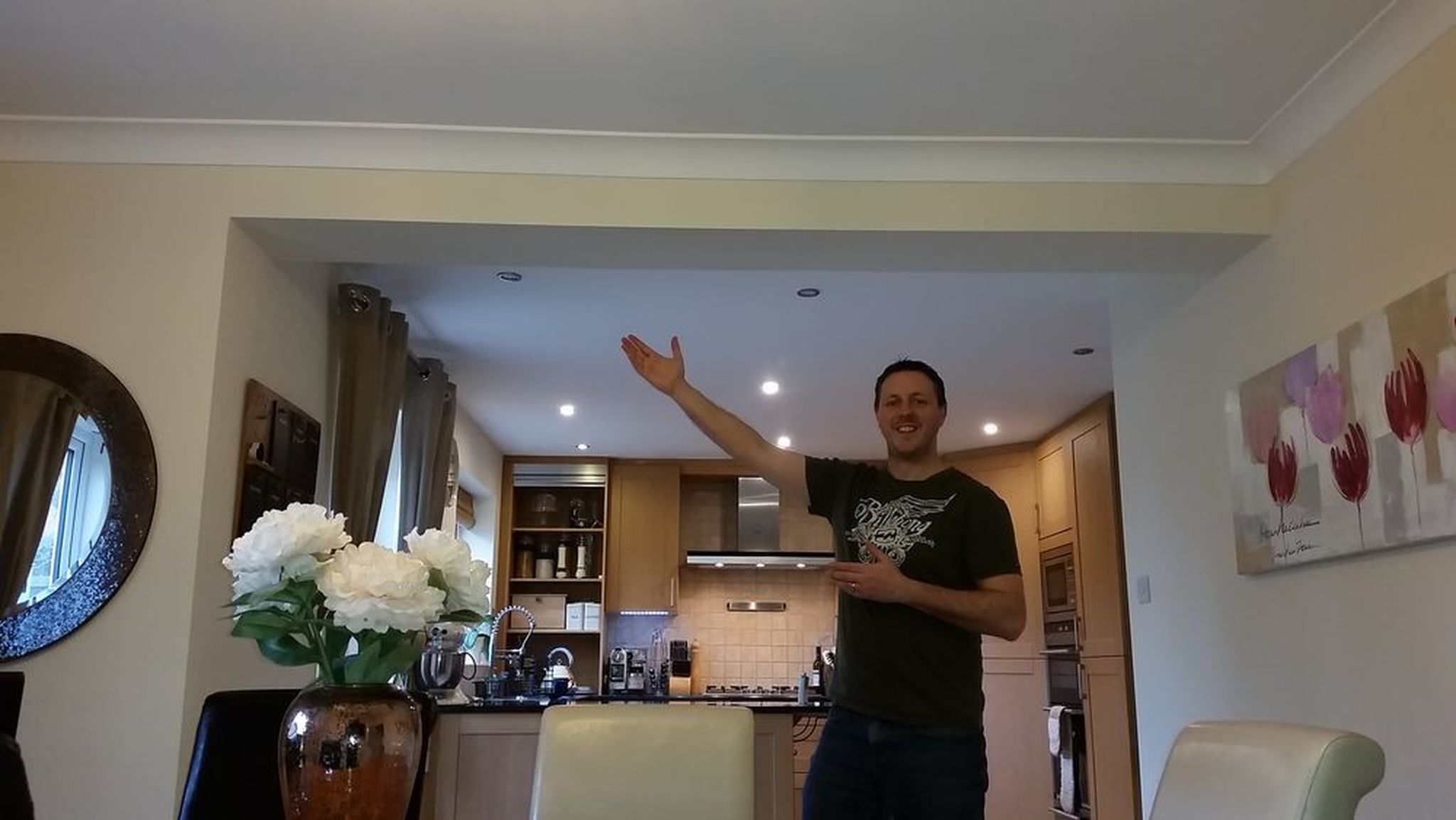 Pete Bailey and his partner recently completed a job at my house which involved knocking down an interior wall.
They both worked long hours and tirelessly whilst undertaking the work which was finished to an extremely high standard and in a mere 3.5 days. They were very proactive in their approach, for example, when unforeseen issues were encountered on the job such as finding some buried pipe work which no one had foreseen as being present, they were quick to offer solutions and then in implementing them (once they'd agreed them with me). They were very careful in ensuring that mess was kept to a minimum and that as much as possible of any surrounding areas were as protected from collateral damage during the job. They even went the extra mile of returning on a Saturday to finish an item. The job was further complicated by the need to make good a straight finish on the floor tiles which were on the floor on one side of the wall to be removed. This was no easy task when the presence of electrical underfloor heating mats under the tiles is considered, but they managed to complete this difficult and delicate part of the job with skill and proficiency.
They were polite, courteous and very respectful of my home for the duration of the job. The work was completed to a very high standard and they were very professional in their approach and their execution of the work.