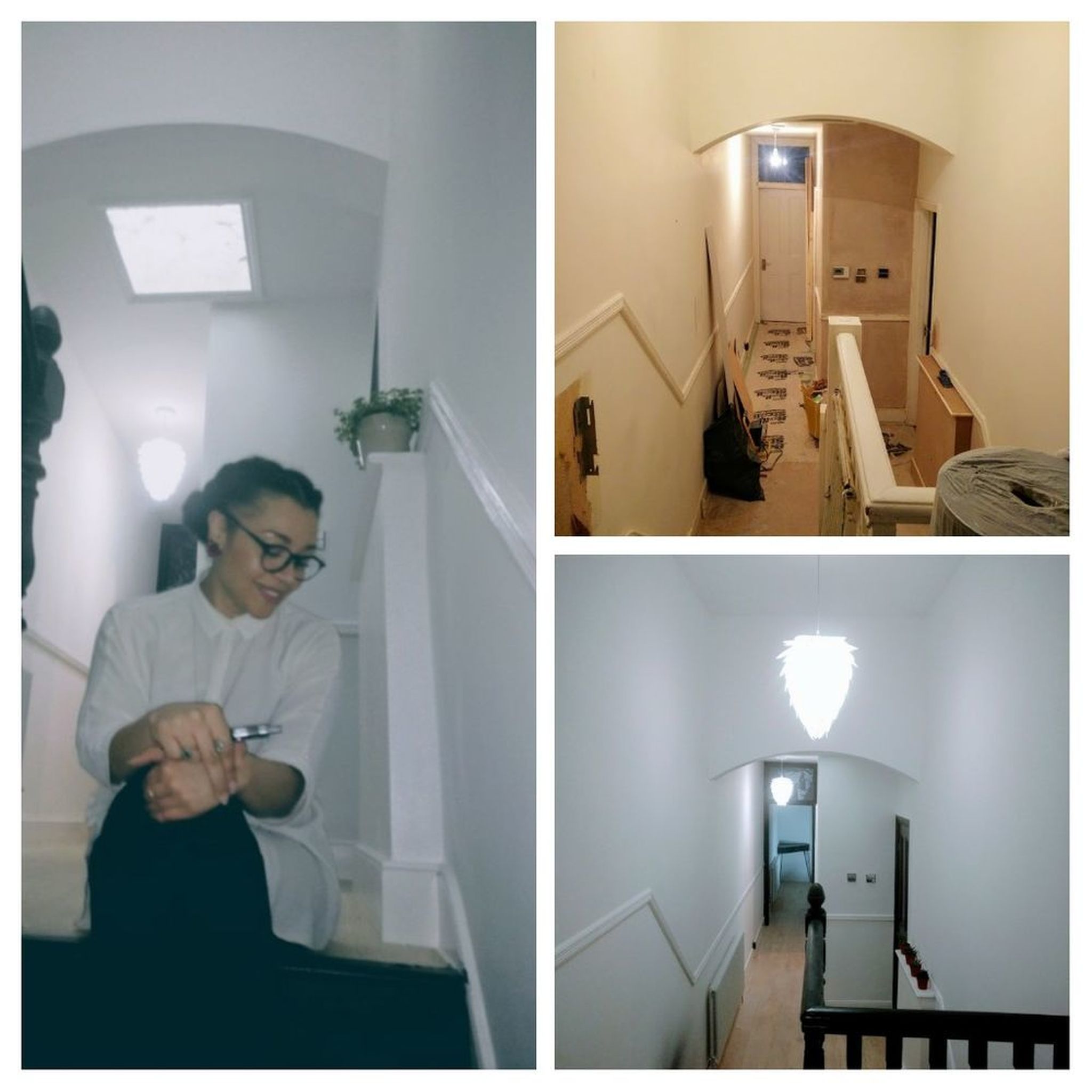 Kersley is an absolute star who I do not think truly understands how much he has helped me out.

After MANY YEARS I had finally saved to buy a small place in South London. I found a nice flat (or so I thought) and then after moving in I began to see just how many faults there were, and I did not realise the time, effort and funds required to make a home a home.

One of the first things I thought I would do is put laminate flooring down (which I thought was logical) BAD IDEA!
Multiple tradesmen came to do a quote, some looking to charge what would be the equivalent of a deposit on another flat, I think because I was on my own some tradesman (not all) thought they could take advantage.

The person I employed from another recommendation site did not give me any advice on the how to go about doing the job properly and as I am not a builder I did not have a full understanding of what was required, I left him the keys thinking everything would work out well. Unfortunately what I ended up with was shabby workmanship with redundant pipes all over the place. I also employed an electrician from a rival recommendation site with good feedback to change all the faces on my sockets, what he did not tell me was that the sockets were placed too low and I wasn't able to plug certain items in due to the positioning of the skirting boards. As a first time owner I will be the first to admit I do not know the in's and outs of owning my own property but my heart was set on how I wanted my home to look and feel.

My stairway was in absolutely appalling condition, I could hear the flat downstairs each time they used the toilet, even to the extent of them washing their hands. I knew it needed work to be done quickly as the top of the wall seemed loose so I got onto Mybuilder in the hope that I could find a tradesman to buck the trend I had experienced.

I was feeling really disheartened by the whole process, the amount of trades people I had seen and the time it was taking to really start the work. Kersley was one of the last people to come and do a quote and he was a breath of fresh air. He walked me through the various options available to me, going from room to room actually explaining the ways the different issues could be rectified, from the cheapest options to the more expensive. He was so knowledgable on all aspects that I asked him to start straight away.

His skills are so extensive that he was able to work with me to fix issues with the wood work, pipe work, storage and electrics, even going to the extent of designing and building bespoke furniture. So far I have been overwhelmed by how the flat is progressing, it's beyond my expectations. You can get builders who will just look to you to tell them what to do, Kersley took an interest in what I wanted even working through my Pintrest board to make sure he understood where I was coming from, then building on it and adding aspects that I hadn't even thought of to make things look and fit better.

Even a leak that started due to the workmanship of someone else was quickly sorted when out of desperation I called him (he came round on a Saturday no less!). He helped rectify problems that had been caused in the downstairs flat by the leak and is always a source of calm and positivity.

This true gentleman goes beyond the call of duty and I will continue to recommend him to anyone who needs a fantastic and professional tradesman...I am saving for an loft conversion and as soon as I have the money, Kersley is the man I will call.