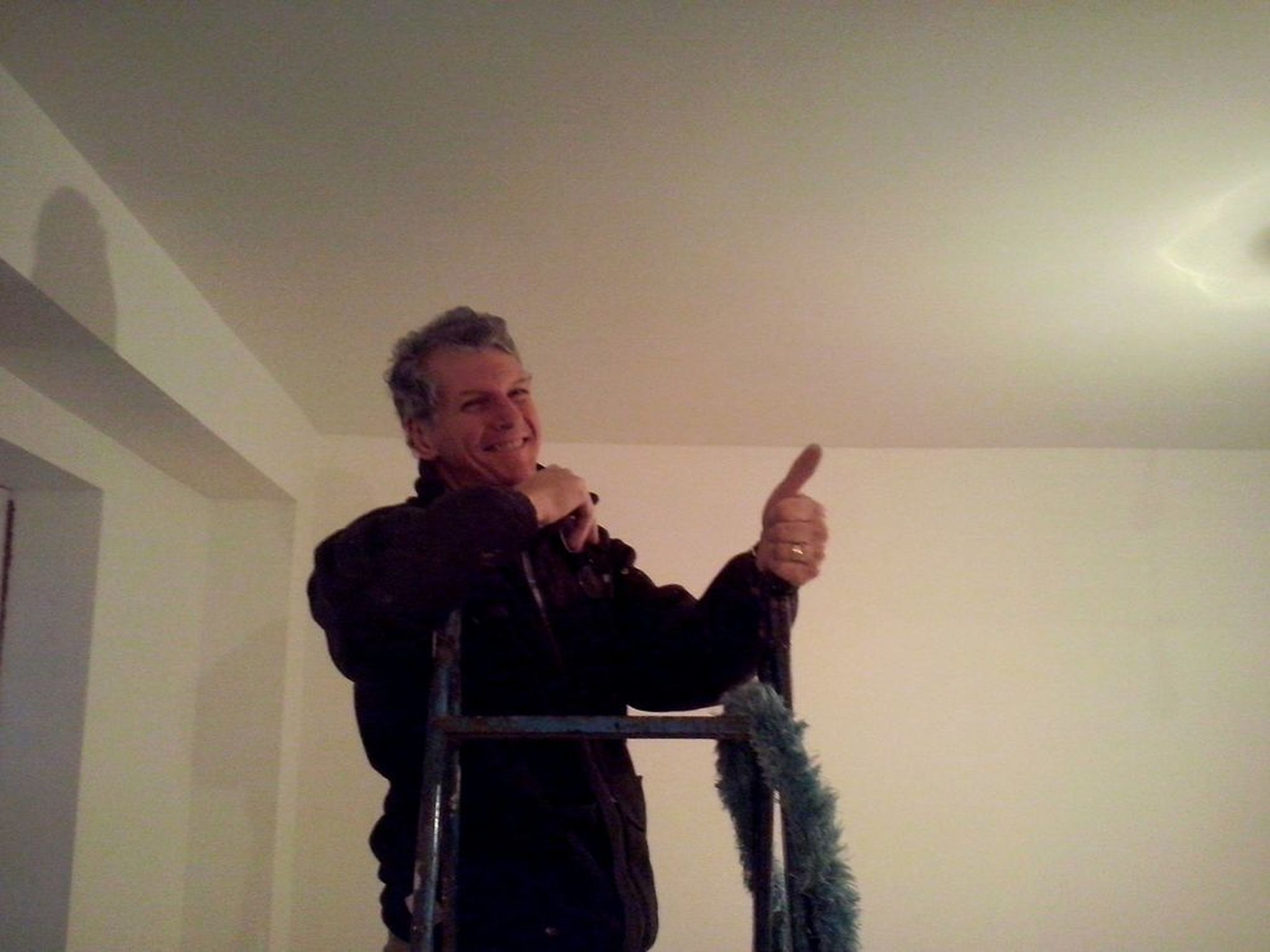 Having bought our lovely old cottage at auction, virtually sight unseen, we got the keys, walked in , looked up and saw the ceilings for the first time. Groan!! Every single one in the place was ghastly! An amateur Artex job, a bad patch up, or simply done by a three year old, who knows ? I can do most things but it was beyond me. Enter Curtis to the rescue! Within a couple of hours of our posting the job on MyBuilder, he had called us and was on the doorstep to inspect the place and give us a firm quote, and a time frame too. We fell over ourselves accepting that price!
Curtis worked like a navvy and rarely took a break - even though my wife was always offering him cups of tea. (Fuss! Fuss! I told her he was tougher than he looked!) He probably had only about five cups over the course of the whole week. Since we were not living at the house, we gave him the keys, which saved us a lot of extra running around and early starts - since he usually beat us there every morning. Halfway through the job he found some hidden problems under the old plaster, which caused him a lot more work than he had quoted for - but he didn't raise the price, even though we were willing to pay extra. He cleaned up neatly every day, and when he left, donated his leftover bags of plaster to help out with our other jobs. We'd hire him again gladly!
Curtis was friendly, cheerful, prompt, skilful, always there when he said he would be, explained everything – and even finished half a day earlier than anticipated. My wife thought he was good-looking too, but hey, that doesn't count, dear!