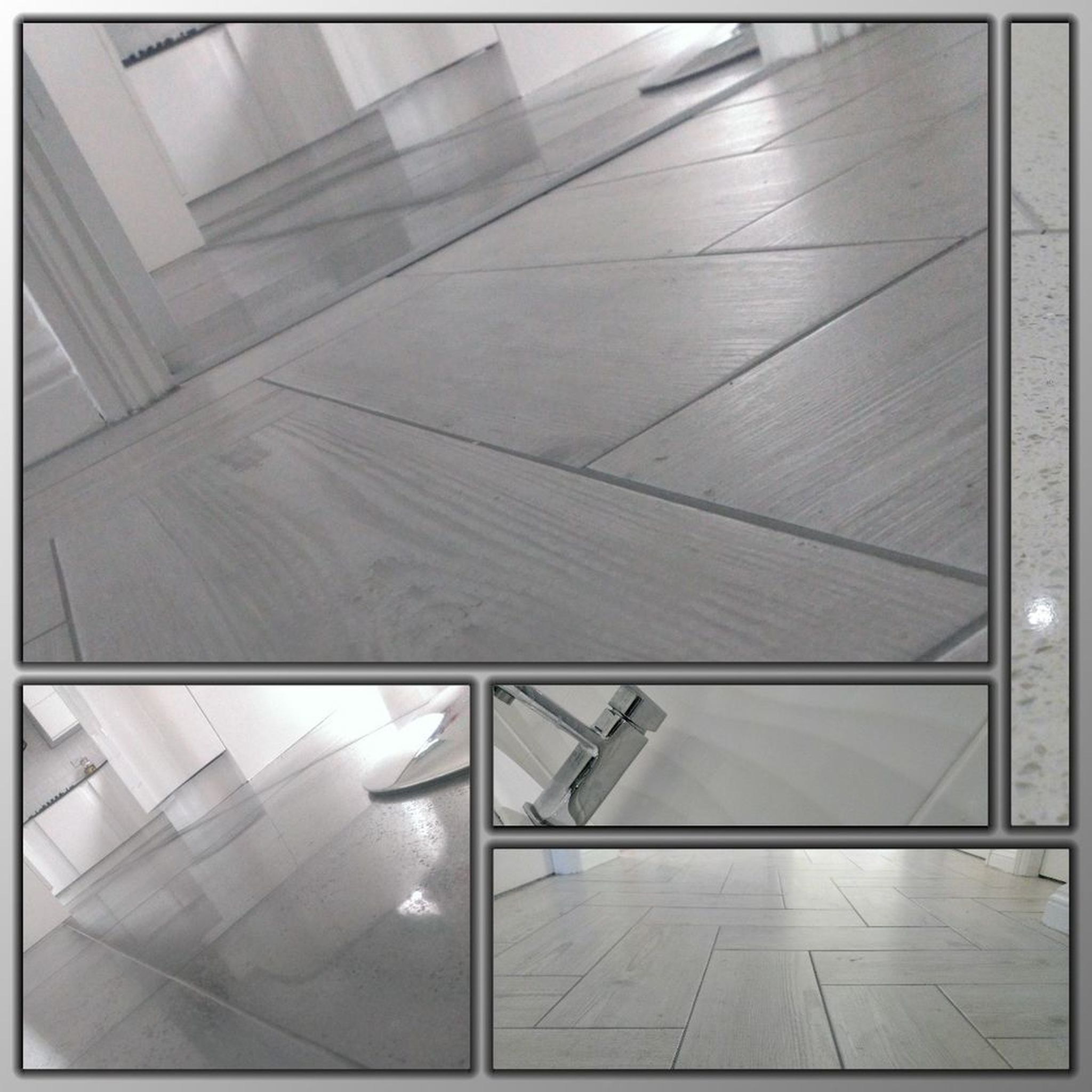 The Heartbreaking Work of a Staggering Genius.

"The moving memoir of an expert tiler who in the space of a few weeks, suffers the despairing & tragic loss of one of his Parents, yet, inheriting the qualities instilled by his beloved Father, still manages to honour and complete a DIY SOS-esque project; an anecdote managing to simultaneously showcase courageous acts of selflessness, creative invention, as well as a heartfelt story entwined with the fragility that is life, and the vines from our deepest reaches, that holds a family together."

As Charles Dickens once opened with: "It was the best of times, it was the worst of times," And this sure is a tale of 2 Tiles: Grief & Honour.

After much deliberation and dissatisfaction with other tradesmen/companies in the local area, inclusive of a nonsensical 11th hour withdrawal, where a company's partner went awol with the tools & van, we were very fortunate to stumble upon the contact details and positive reviews of Luke (L.J.C. Tiling) and have not looked back since.

The tiling project itself was part of the surprise renovation to my parents'/our bungalow, DIY SOS-esque in style, it thus required meticulous attention to detail and an adherence to a strict deadline and timeframe. Enthused by such sentiments, Luke instilled a rejuvenated confidence, informing how he was currently doing a similar act with his Father's bathroom, and felt, despite his current commitments & not being too locally based, he would still be able to dedicate his time between all ventures, even going outside the bounds of our request, to politely & inclusively offer to tile the hallway & kitchen, as well as the scheduled bathroom & en suite. Luke sure was the best of finds, and this sure was seemingly the best of times.

Throughout the process of planning & quoting the renovation project for our property, right through to completion, Luke was always very diligent, conscientious, patient and accommodating to our every (changing) request and delay, regardless of how time consuming such alteration & set backs (due to other tradesmen and/or companies) may have been. In essence, this was a reflection of Luke’s continuous, client centred approach; going beyond the realms of requirement, to even offer advice, guidance and signpost further contact details.

These qualities were all encompassed, with great clarity, when Luke initially arranged to visit on a few evenings.

Stemming from Luke's attention to detail, preparation, fearless freedom and confidence in his work; with chalk line markers, and a plethora of tile samples he had attained for us, Luke was able to innovatively create, blueprint & display a bespoke, uniquely rotated & staggered herringbone design that he had never previously contemplated, but felt, after taking on board our input, it would befit our visions and requests ( a design which has since which been requested by numerous other clients).

It was midway through the project that Luke was sadly informed of his Father's illness, and his focus naturally now shifted somewhat. In light of his Father's condition deteriorating, it would have been perfectly acceptable for Luke to take a step back from our project. But inline with the qualities instilled by his beloved Father, a hugely reputable, well respected & successful tradesman himself, Luke's continued commitment, proficiency and professionalism did not falter by one iota. Literally, working around the clock, generously still dedicating his time between daily hospital visits, to on site visits at our bungalow.

When the despairing news transpired that Luke's Father had sadly passed away, it was naturally a huge shock to one and all. Fully appreciative of how priorities now lay elsewhere, I was deeply moved & touched by the insurmountable gestures of selflessness, strength, altruism & such kindness that subsequently followed. With our project deadline looming and my assurances that we would be best placed in putting the project on hold; where possible, Luke continued tirelessly, to complete the work to the timeframe & to the flawless standard, we had originally scheduled.

The quality of work, technical expertise, aesthetic symmetry & innovative design all speak for themselves; but as with all superficial surfaces, this can, and will, wear with time. The stardust floor tiles we now have, do twinkle and shimmer in all light, but the rare jewel that glistens brightest of all, like a flame & not just a flicker, is that of the humbleness of human kindness that went into laying the foundations for each and every tile. Indelibly etched and embedded within the deepest reaches of us all. The project befits the title Job of the Year. However, Luke, truly warrants every laudable & honourable bestowment this accolade beholds, & so much more.