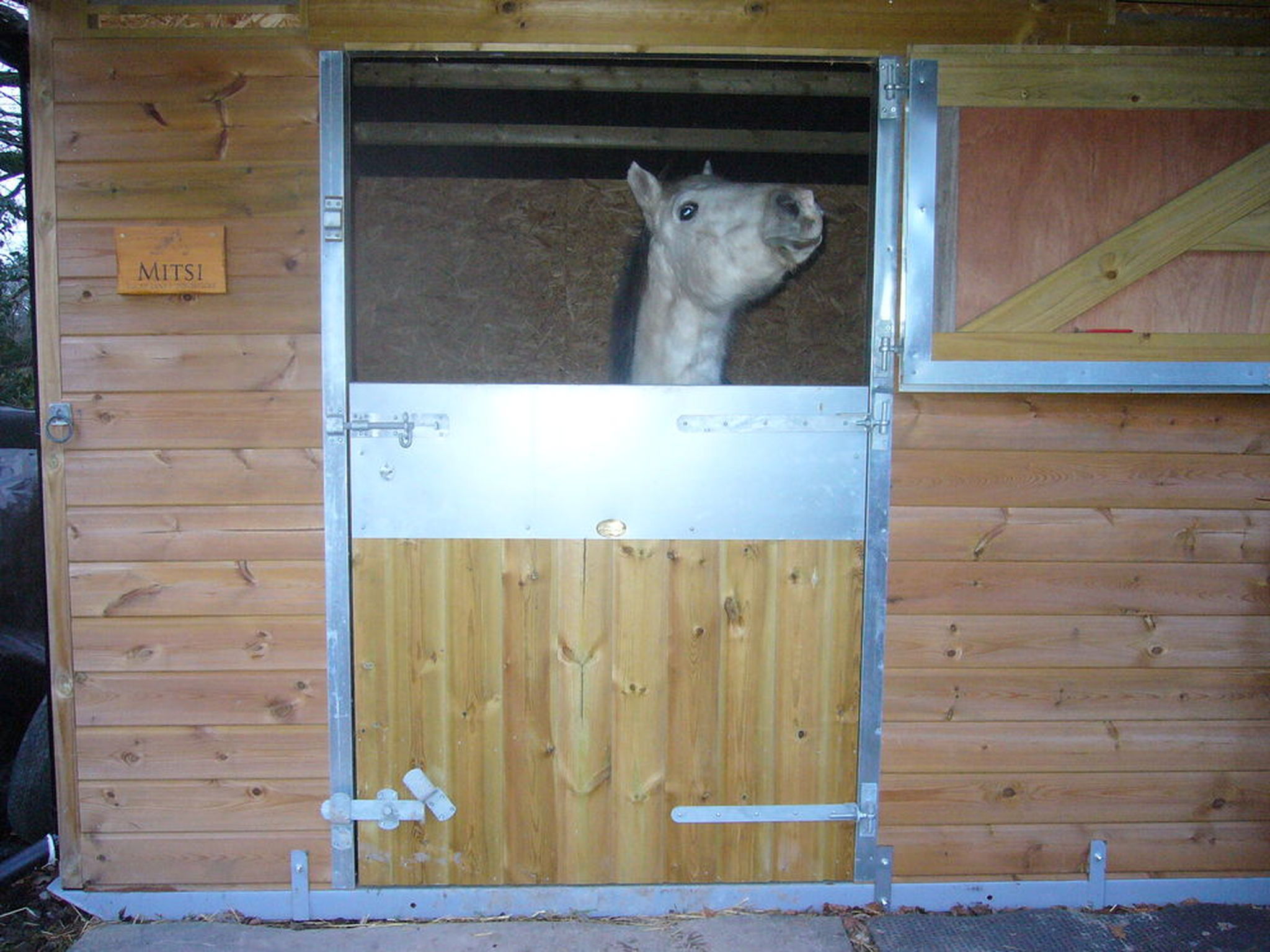 I needed a new stable,I had no shelter and winter was coming. There was a new field shelter for me but the people who erected it had failed to bring the door hanging kit- they had remembered the door! Four months passed and they still hadn't fitted my door, I was getting worried what if it snowed. Thankfully My Builder was contacted. Ian replied within 30 minutes of the advert being posted,chatted the problem through,was more than willing to apply himself to the very unusual task, of hanging a stable door for a horse and would be here within 24 hours. I was amazed, surely that couldn't be right or did he have no other work to do because he was no good. I need worry not, he and his mate were amazing. They turned up on time,they assessed what needed to be done and got straight to work. It wasn't as easy job,the building was not square! the door frame was not square! The bolt didn't fit straight into the catch, the top door didn't meet the bottom one properly;this was unfamiliar territory. But they had the experience, the know how, the ability to problem solve, they were not fazed, they oozed self confidence and made me feel sure they would get the job done. In less than an hour my door was hanging. It was literally an open and shut case. Just one issue............I really was not sure about the black shorts and the very bright long hot pink socks they were wearing......still it takes all sorts and they were certainly macho enough to carry it off. Wouldn't catch me wearing leg warmers like that though,not with my ankles, still the yard owner said the price they charged was extremely reasonable so maybe there will be some left over for an interior stable makeover,wonder what's in vogue this season and if Ian is available