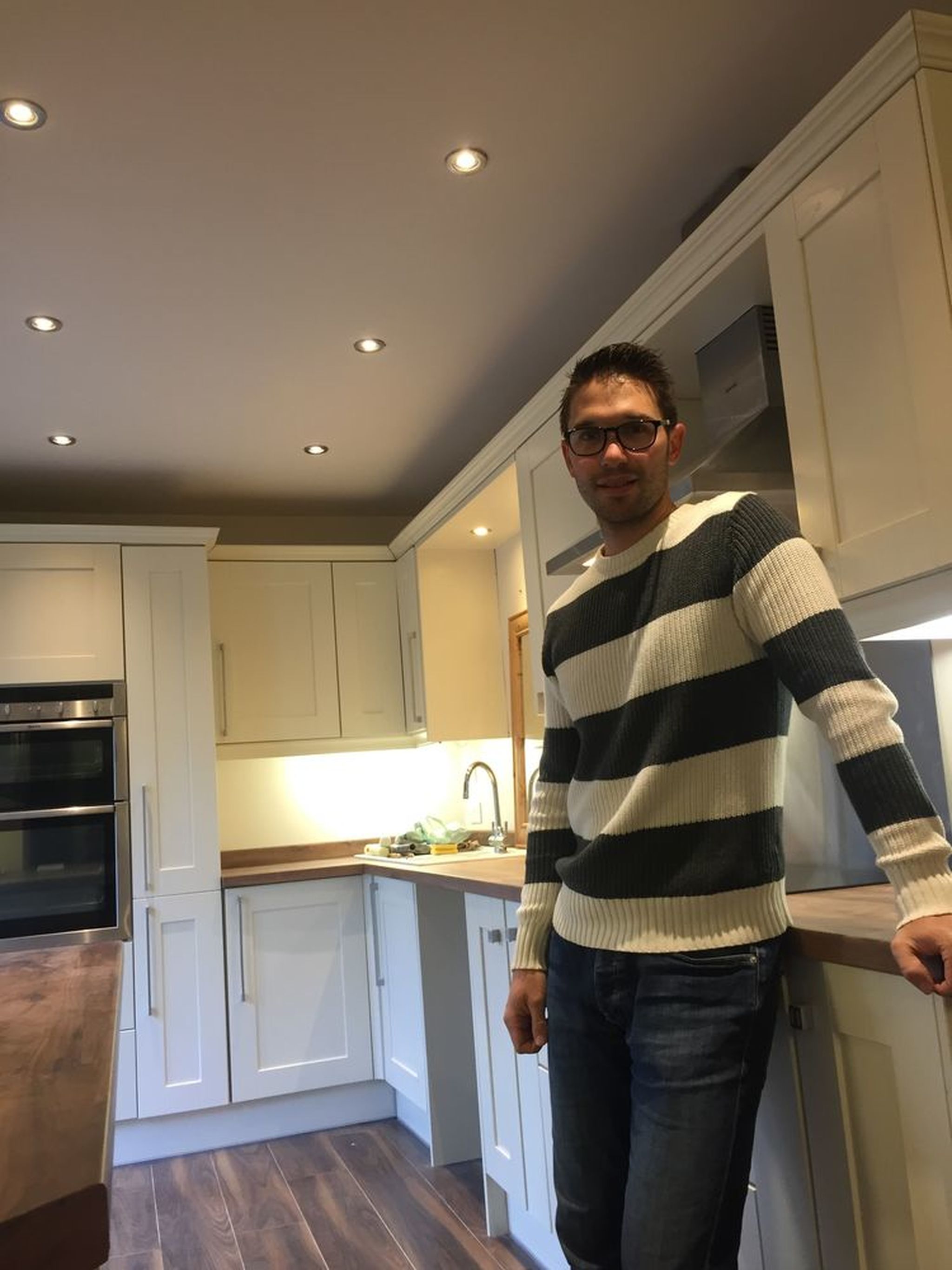 The electrics at our house was so bad that we struggled to find an electrician willing to touch it. James came along and he was the first electrician to bring his tools with him when coming to quote, so he immediately started doing his tests. He's answer was to rewire the entire house and quoted less than the electricians who wanted to target specific problems for more money. He patiently explained the situation to me in terms I could understand so that I could make the decision that was right for us. He even included re-plastering in his quote (and it was done beautifully). Once he opened up the floors, he discovered even more problems (due to lots of DIY electrics done through the last 5 decades) leading to late nights and an extra week working on our job. He NEVER asked for more money, even though he lives an hour away and incurred more travelling costs. He has a very calm nature and none of this phased him, which helped to not add stress to me! He also sent photos and updates during the week when I couldn't be there. And he went above and beyond when I urgently needed meter readings from the house. He took the photos and sent it to me the same day. No problem. All this from a very experienced and professional electrician, qualified to give us a 10 year certificate which will add value to our house (which is currently on the market). If I had more money I would have loved to give him a bonus and that's why I'm taking time out to enter James into this competition. He deserves the recognition and a reward for a job well done!