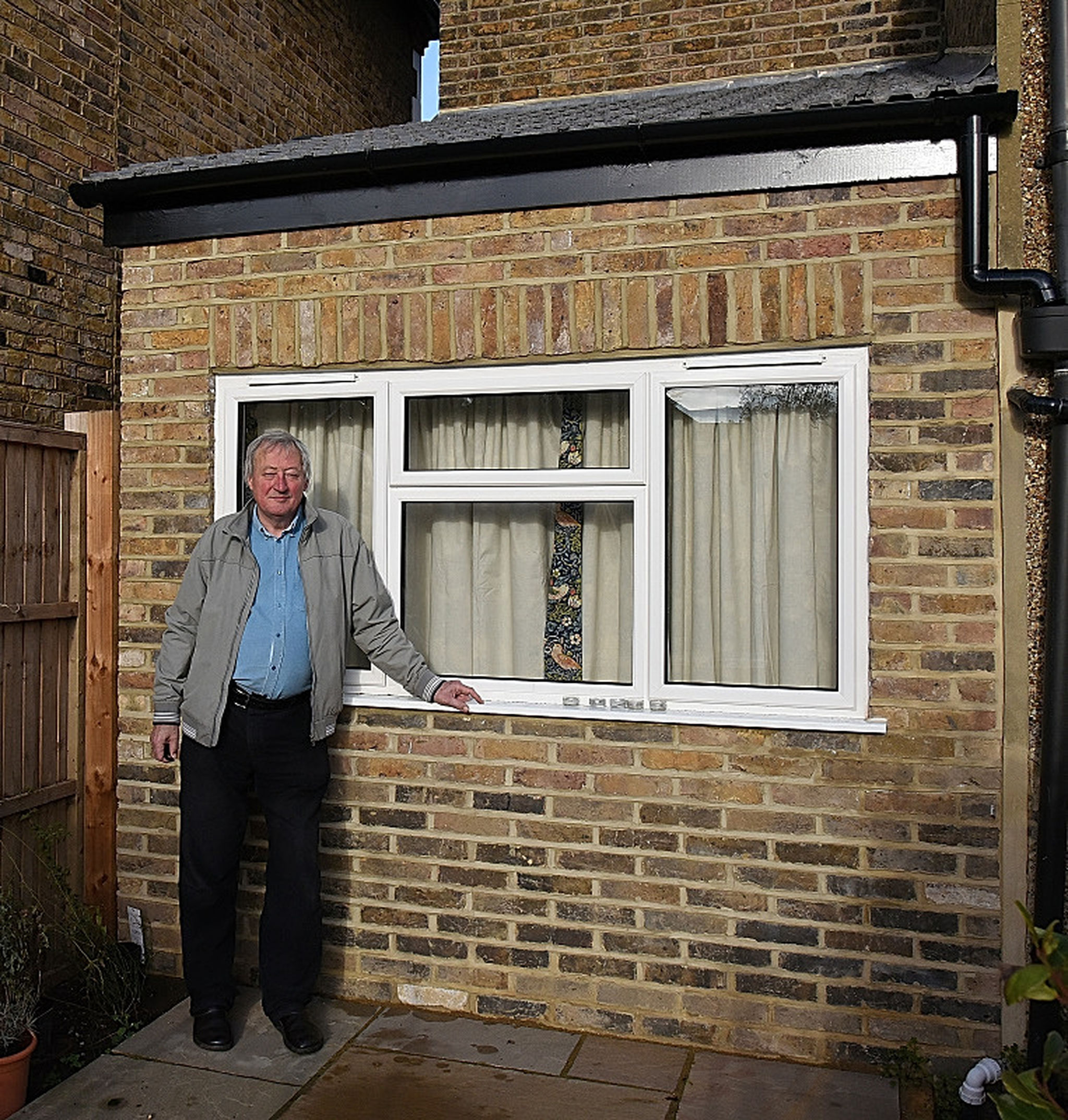 Our acquaintance with Mark Grimes and his team began when, speedily and comprehensively, they rectified some very poor work done on our kitchen roof by another builder, which had caused serious rain leakage into the living space below. As well as that, they liaised with the local Building Regulations Office for us, where, disturbingly, the records showed the original job as incomplete, something which might well have adversely affected any attempt to sell the house. Last but not least they identified clear irregularities in the previous builder's modus operandi, thus helping us to subsequently obtain financial compensation, without having actually to take formal legal action. I mention all this because it had a direct bearing on our decision to engage Mark's company for a project they had quoted for some weeks earlier, namely the replacement of an ancient, crumbling ruin of a "garden room" with a solid, brick-built extension.

Mark went seamlessly from roof/repair and kitchen re-decoration into extension-building and was also quite happy to slot into his works programme necessary maintenance work on other, external parts of the house. Everyone concerned was ready, willing and able to do whatever was needed to ensure the success of the whole project, consulting/advising us throughout to ensure that we were happy with what they were doing. This included such incidental but essential supporting activities as i) providing and erecting - for no extra charge - a gazebo in the garden, where the contents of the old room could be temporarily stored; and ii) carrying in, piece by piece, a new greenhouse, from where the very large delivery vehicle was parked in a nearby road! The final stages of the complete job were the designing and laying of a handsome patio outside the extension building and providing a cement base for the greenhouse. My wife and I returned from a week's holiday to find both of these things done - as well as everything else, of course - to our complete satisfaction.

Furthermore, when, a couple of months ago, we found old evidence of rain having leaked into an airing cupboard adjacent to the new extension, Mark needed no persuading to call and investigate. He satisfied us that the original source of the leak had, in fact, been re- leaded when the extension was put up.

I trust the above will demonstrate why we think that the work done by M&R Services deserves the "Job of the Year" accolade. After the disastrous experience we had had with our kitchen, mentioned above, Mark Grimes and his team helped to restore our faith in the wisdom of using small, reputable, local builders, whenever possible.

Would I recommend the company, unresevedly? Well, what do you think! mybuilder.com was pretty useful, too!