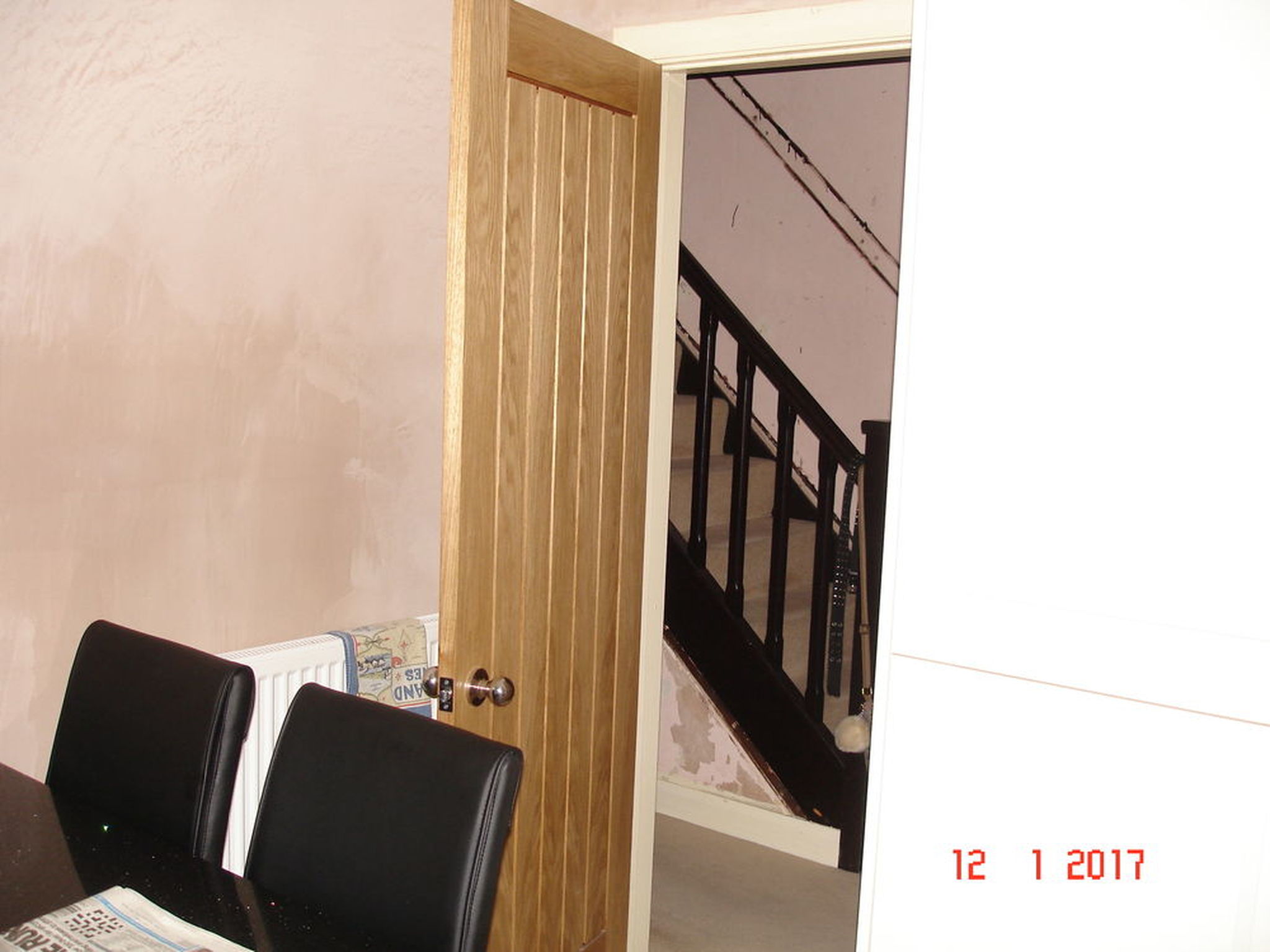 When looking for a tradesman, I prefer someone who has been recommended, someone who will turn up to provide an estimate, quote an honest price and do the job to a high standard. Having been let down twice by two tradesmen (not turning up/turned up but did not come back with an estimate!) I came across My Builder.com. I was a little wary about using something new to me but thought I had nothing to lose after my recent experiences. As a result I was contacted by Craig Dalby. I was able to see at a glance that he came highly recommended. He met all the requirements set out above and the job was completed to my entire satisfaction. However, Craig went beyond the expected. He is a very personable young man, very friendly and outgoing and nothing was too much trouble for him. Whilst he was fitting the internal doors the locking mechanism failed in my UPVC front door. He knew I was interested in DIY and broke off from what he was doing to explain how to remove the mechanism and where to source another. He also helped with refitting advice. There were two other instances where Craig helped when he could have chosen not to. Whilst Craig was in my garage cutting down a door my wife arrived home with the shopping. Craig immediately stopped what he was doing and helped to carry the shopping inside.
In addition to having new internal doors I was having some re plastering done and the new doors were removed. After the plasterer left I noticed that three of the door hinges only had two screws! Clearly the plasterer had lost a set. I tried to buy identical screws from two DIY stores but failed. I rang Craig to see where I could get replacements. He said that he had some and would call the next day. I learned that Craig was not in my immediate area and had made a six mile trip just to bring the screws and yet he didn't want paying. Now I would say that this was definitely beyond what was expected. If anyone needs a joiner then Craig comes highly recommended as does the My Builder Website.