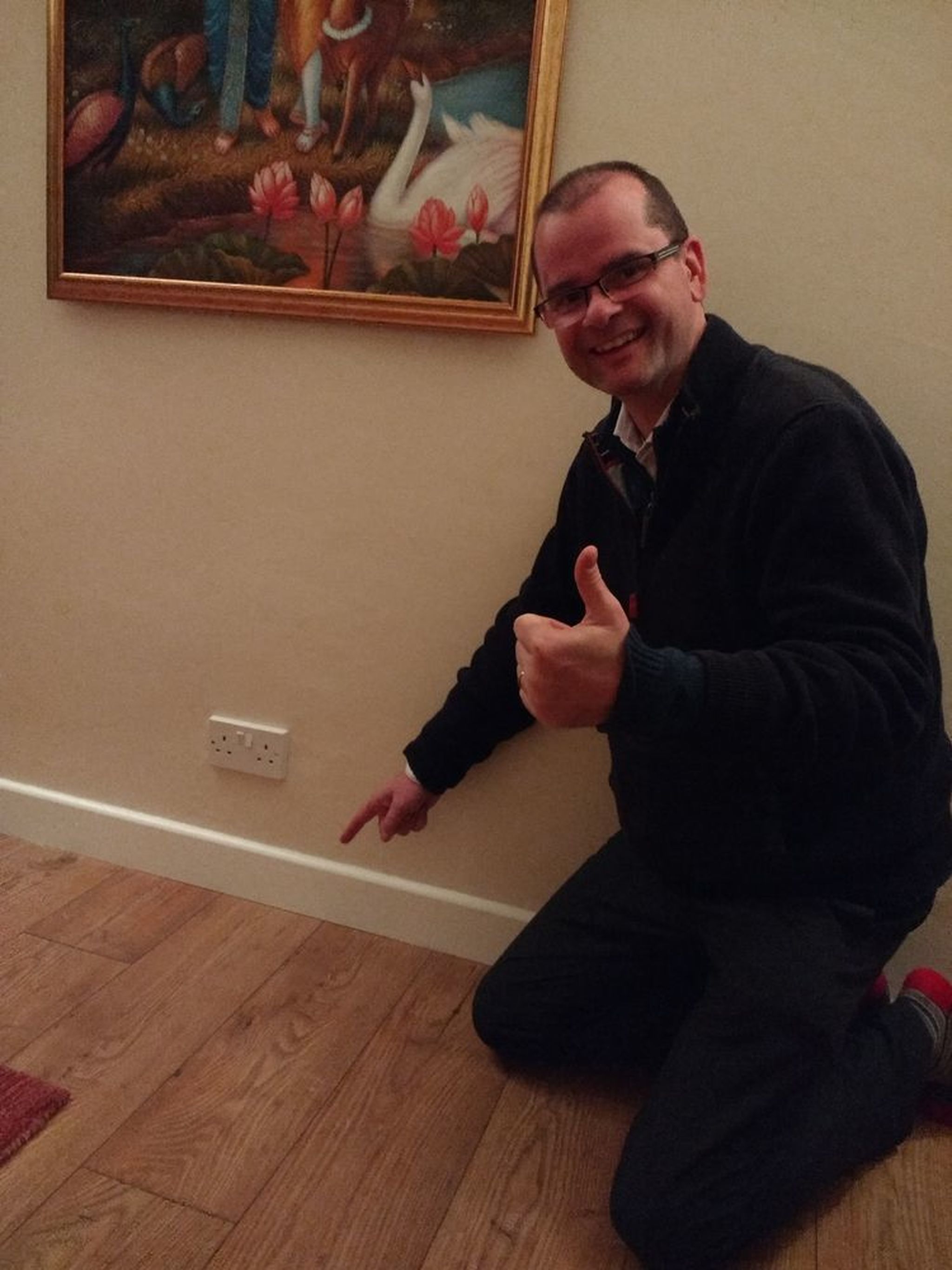 At the begining of 2015 we bought a new house that was in need of substantial renovation. We knew this would be a long term project but as we had been renting for several years we needed to make the move. One of the first jobs was to put laminate floor throughout the ground floor. We found a fitter on another site, agreed a price and the floor was fitted over the weekend. Floor looked great. We we're happy as not much had been done on the house since the 80's.

Time went by and we started to notice that the floor was lifting in certain areas; we just though it was settling. More time went by and the floor was peaking so badly in the middle that it wouldn't lay flat anymore. We tried to contact the previous fitters but mysteriously they had disappeared into thin air. What do do? Would it need to be completely redone?

We decided to try myBuilder to see if we could fine a honest and reliable fitter. We placed our add straight away.

Within minutes Mike and a few others offered to quote and come and have a look at our problem. We decided to go with Mike and he came round the following day.

Interestingly Mike said he doesn't normally take jobs in myBuilder and has plenty of work but for some reason that night he felt compelled to help.

Mike is a real champion of his trade and was genuinely shocked at the poor workmanship that had been carried out. Skirting not undercut, flooring layed the wrong direction, glued down in areas and not allowed to more, no expansion gaps, a endless list.

I was hoping we didn't need to relay the whole floor but Mike insisted as he the type of guy who does the job right and won't cut corners.

This is going to cost us I though? When Mike gave me a price I was genuinely taken back at how low it was, there must be a catch? But in Mike's own words he said "you've already paid for this work once'.

Call me crazy but I actually offered to pay more as I like things fair. He declined of course. We shook hands and agreed and two days later the floor was completely relaid, skirting boards replaced and undercut. A proper job and the finished product was brilliant. To this day we've not had one problem.

I don't normally write these type of things but it's rare to come across someone who is a master of their trade and a good Samaritan at the same time. Mike certainly increased my faith in the traditional building trade!