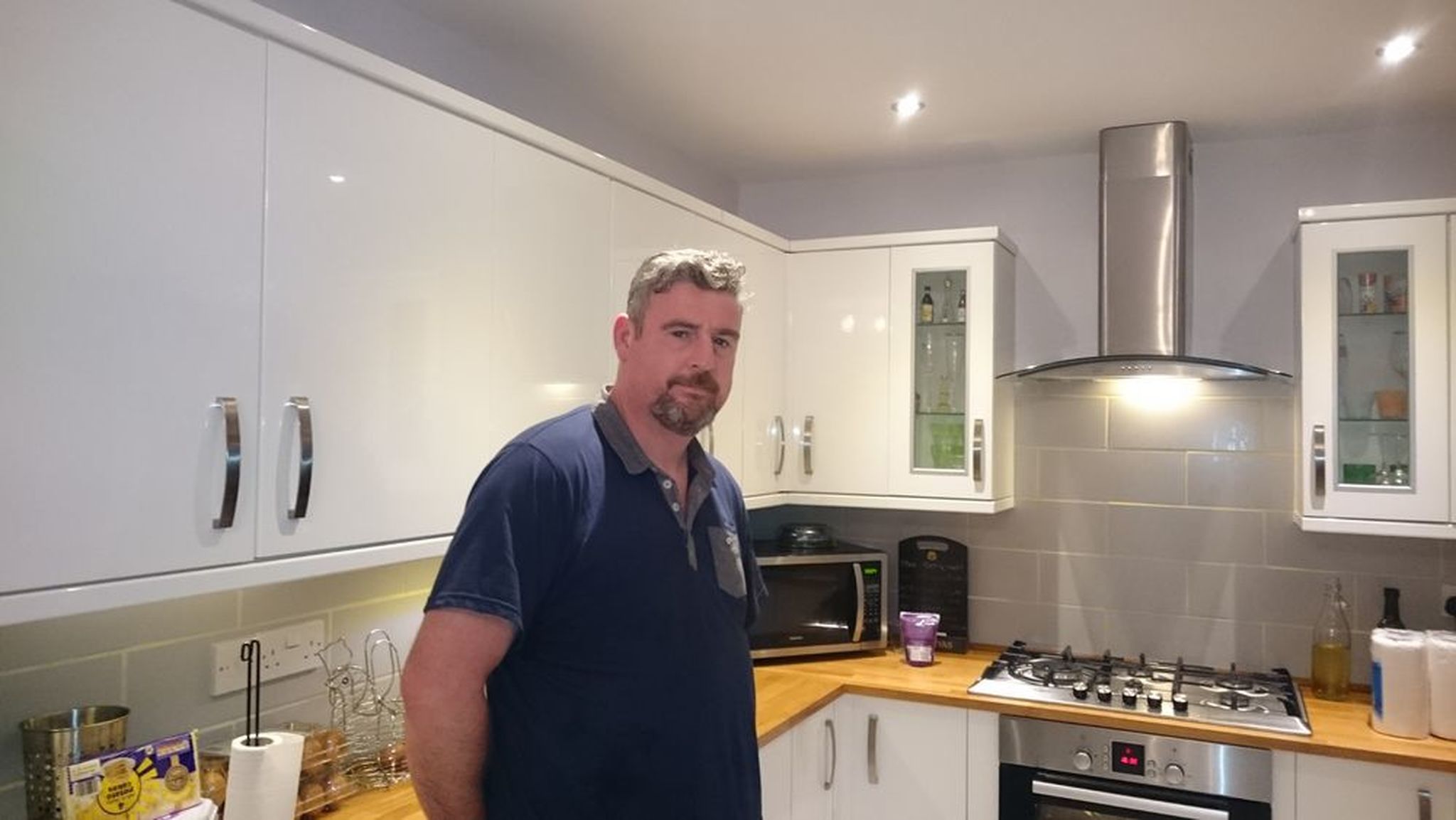 It isn't often that things go to plan, but when we chose Lee Breheny to help with our home it was one of our better decisions. We decided to redesign the kitchen and lounge and assumed we would have to get individual tradesmen to complete each job. We needed:-
New windows and sills throughout
A new fitted kitchen with new appliances
Two new downstairs radiators
Some new water piping.
One window to be replaced with Patio Doors
Kitchen window made bigger with a new wall underneath.
Plastering in two large rooms
Painting it two large rooms
Archway to be improved with French doors.
New internal door and frame
New kitchen flooring
Kitchen door blocking up.
All woodwork
Outside tap.
Outside wall and patio steps.
We were daunted by the enormity of the jobs and started looking into a plasterer, a plumber, a bricklayer, a kitchen fitter, a window fitter, a painter and decorator and a labourer. We also realised we had to remove all our furniture and rip out all of our kitchen and hire a skip. It was started to seem like an impossible task until we decided to try Lee Breheny.
He came to our home and was so easy to talk too, he gave us a price and lots of ideas and possibilities and explained that he could do all the mediating for us as he was able to do a lot of the job himself along with knowing other tradesmen who could complete the plumbing, plastering, painting etc and he would take all the worry out of organising dates and times to ensure we were not left without for long. The tradesmen he used where people who he had used before and were reliable and did a professional job. He gave us a time scale and a date if we decided to use him. He also offered to use his van and time to pick up items from DIY stores and did many visits to B and Q to organise and pick up kitchen items (which really was our job to do)
Lee made the whole process approximately 6 weeks as stress less as possible, he took all the worry off us and also came up with ideas what we hadn't even contemplated.
His workmanship and dedication were evident throughout his time at our home and were delighted with the finished result.
Home improving we believe would not have been better with anyone else and we will always be grateful for Lee and his work.