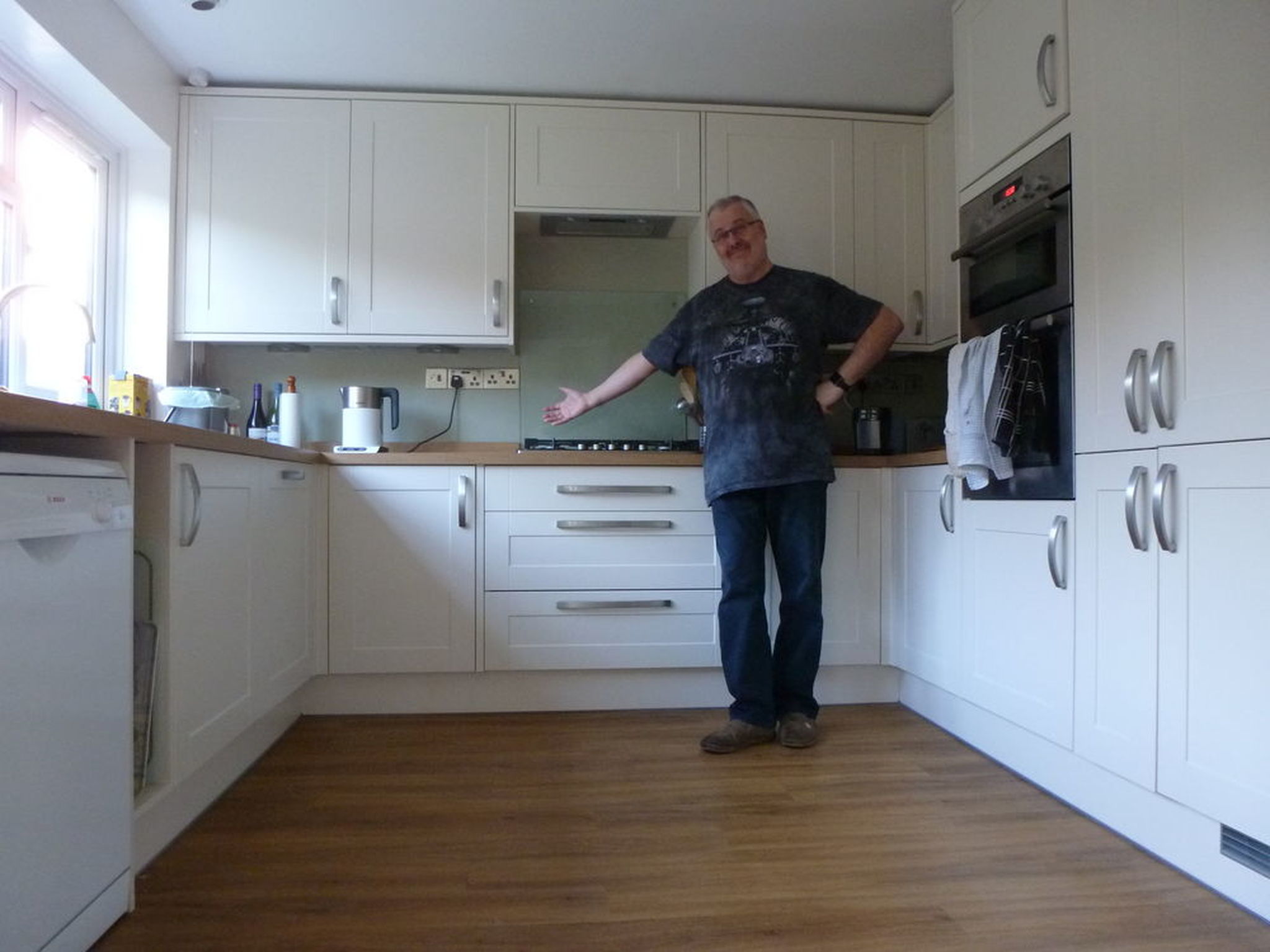 Richard is an enterprising young man, gradually building up a portfolio of jobs, and doing his very best to gain a good reputation in the area. We met with him to discuss fitting a new kitchen, liked him, and decided to give him a try.

He was due to start on a Monday, but on the Saturday evening beforehand we received a call from him saying he had broken his right hand playing sport, it was now in plaster, and he could not do any work. He was desperately apologetic, and promised us that our kitchen will be fitted, on time and on budget, according to his agreement with us.

Richard moved heaven and earth to supply us with good quality tradesmen, calling in favours (and relatives!) to make sure the job was done to his satisfaction. He was on-site to supervise and give one-handed help when he could do so.

To keep the job on target, he even proposed to come over one weekend with his wife, who would provide a pair of hands. We stopped him at this point and said that was really not necessary, he should spend the weekend at home with his new wife (they were married only 2 months previously).

In the end, we were only one week delayed, mainly due to material supply, and the finished result was really good, almost faultless.

We would recommend Richard to anyone for his dedication and determination to succeed in a competitive environment. We did not see his carpentry skills unfortunately, due to his injury, but they are not in doubt.