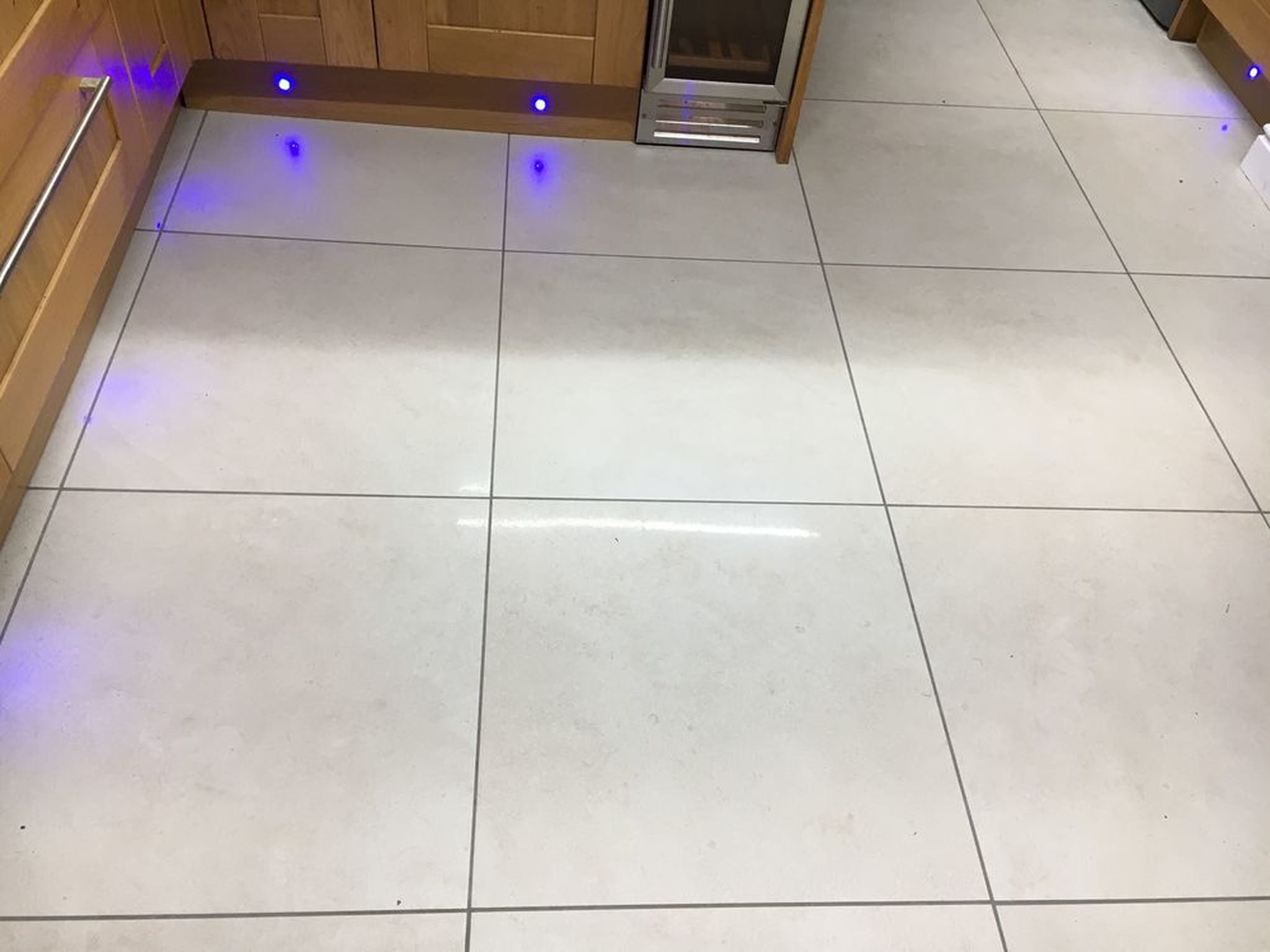 Half way through our conservatory tiling job, Adrian noticed that the remaining four packs were 10mm larger, he tried his best to make the job good but he was not satisfied with the look. Adrian recommended that we reorder four more packs with the same batch numbers. Adrian came back at a later date, removed the poor fitting tiles and made the job good at no expense to us.
On our second tiling job with Adrian, we had concerns about one tile that was in the process of setting but looked uneven due our slightly unlevelled kitchen floor. We phoned Adrain who was home having tea to advise him. But no problem, he just got back in his van and drove 20 miles to reset the tile before it dried. So yes, I would like to recommend Adrian for the job of the year award!