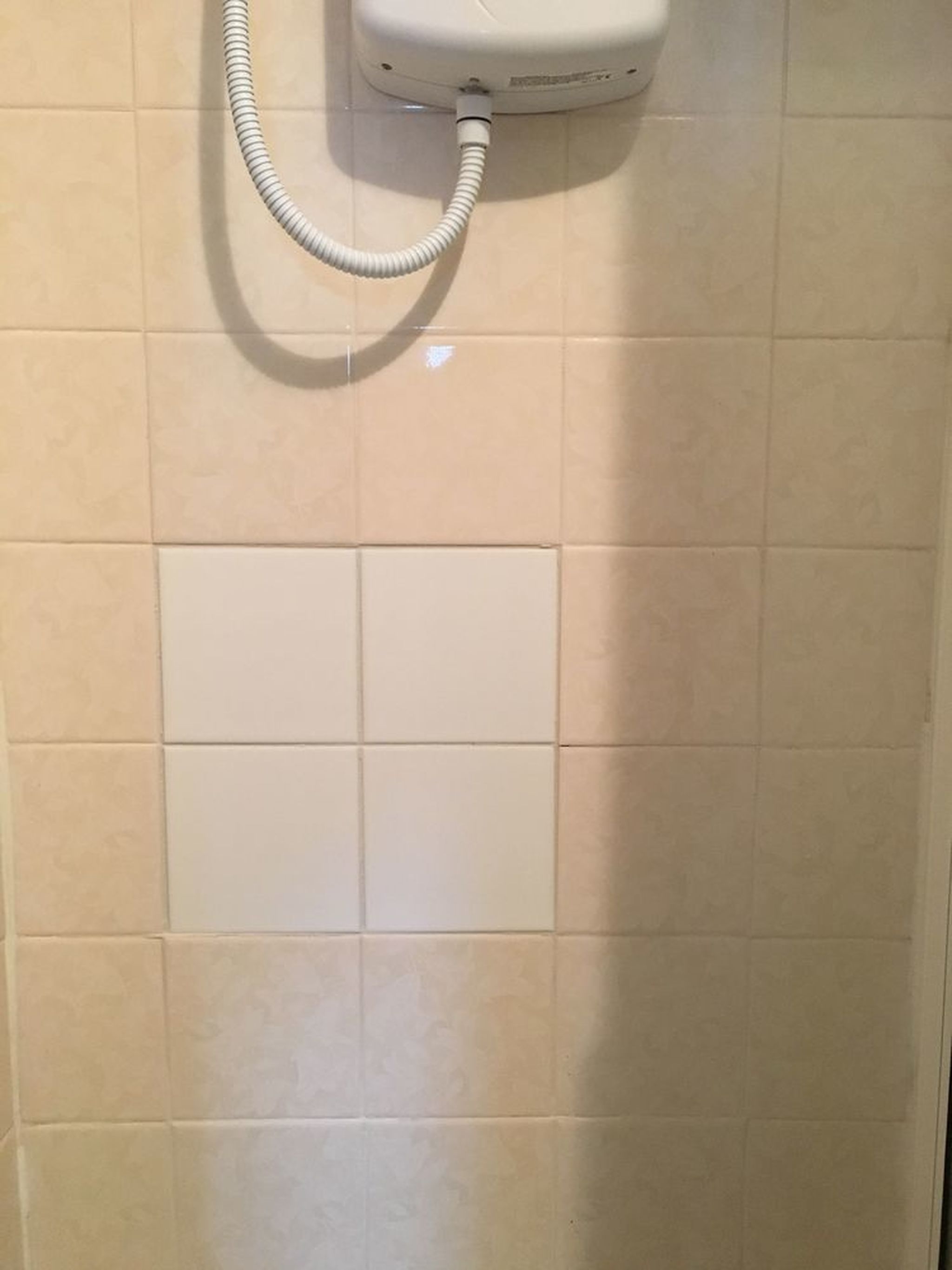 Tiny job, huge effect!
I never actually met Rick but he is my 'Job of the year' tradesman.
My brother has mental health issues and has not seen his nieces (my daughters) for ages because he finds it difficult to travel and needs his privacy if staying anywhere. After much persuasion I finally got him to agree to visit us over Christmas. We are fortunate to have a lockable guest room with little ensuite shower room...so-far-so-so good.
Then, shortly before Christmas, 4 imperial sized (yes the suite is that old!) tiles simply fell off inside the shower enclosure, rendering it unusable. Some tradesmen said the whole thing was shot and needed re-tiling, I agree, but could not afford the time or the money to re-tile the enclosure. Some wouldn't patch repair it, some didn't even turn up when they said they would! One wanted an awful lot of money to do what I thought was a fairly simple job...
Then I found Rick on MyBuilder, he called me back straight away. I asked If he would do patch repair, I told him that I didn't mind if the tiles didn't match. I couldn't be around to let him in, I had to work. I arranged for someone else to let him in to look at the job, he said he would do it there and then and for a very reasonable £30. When got home HEY PRESTO a beautiful patch repair.
I know that a tiler of this calaber probably thought this was a horrid little job, but he just swept on in and graciously did what needed to be done. He did not make me feel poor, shabby or desperate as the others had done. He simply used his tremendous skills to make the enclosure usable again. I don't think he has any idea how huge the effect of this little job has been...my children could get to know their uncle!
THANK YOU Rick. If you win then myBuilder can send my £2,500 straight to Rethink (https://www.rethink.org/)