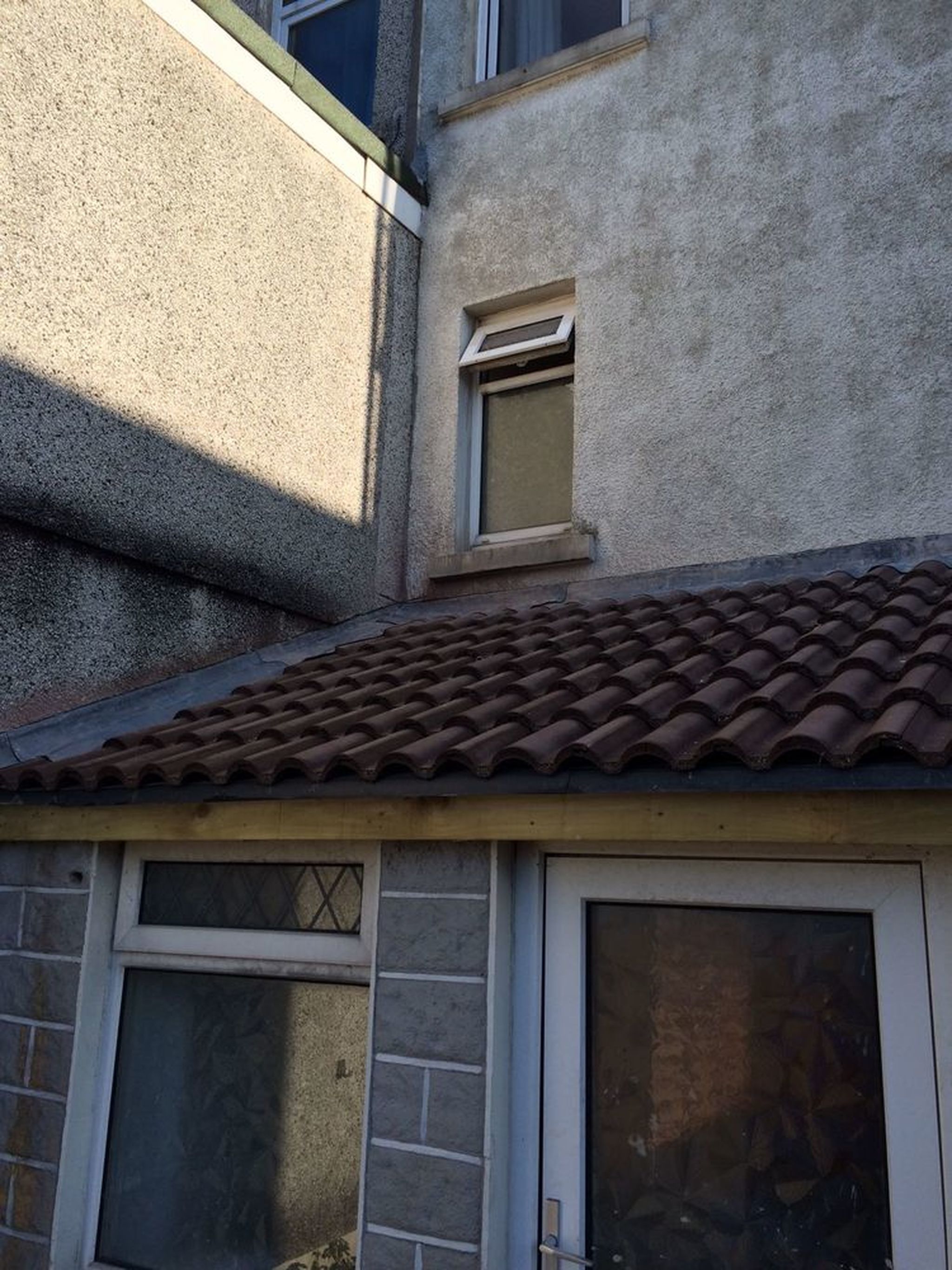 This was a particular job that I remember as it was done straight away in a desperate time. I had a new pitched roof fitted on my kitchen lean to by another roofer but unfortnately due to health reasons he couldn't finish the flashing but said it would be ok until he could come back in about a week or so. We had a very hard storm in the part of Swansea I was in and the water came cascading down the wall and through the holes made for downlights, completely soaking all the new plaster on the surfaces. I had posted my ad on the website and Shannan came back to me fairly quickly offering to come and look. I ended up calling him to ask if he could fit the job in soon otherwise I would hire the kit and try it myself to keep the water out, not that I really knew what I was doing but I was a bit stuck. He came by that afternoon and could see how upset I was getting with the kitchen floor flooded so told me he would make time the next day and come back to do the work. He quoted me £200 which was less than I thought it would be so I agreed and gave him a key for access as I wasn't going to be home. The next day it had tipped it down again so I assumed that he wouldn't make it due to the weather. I was very surprised when I had a call at lunch time telling me that he had moved a job to the weekend so that he and a friend could get my flashing done. He told me that he had to come back the next day to finish the lead shaping but had got the flashing in to stop the water coming into the kitchen. Not only that but he had cut all the tiles against the adjacent house to make them fit properly so that the flashing was done correctly and would stay in place. After all that he kept the price the same even though he did more work then we originally agreed. Not only did he save my kitchen but he did it in the pouring rain and stayed honest to his qoute. Unfortunately I didn't manage to get any photos of the internal damage the water made as I was all over the place with it happening but I did make sure that I saved his number as good honest roofers can be hard to come by.