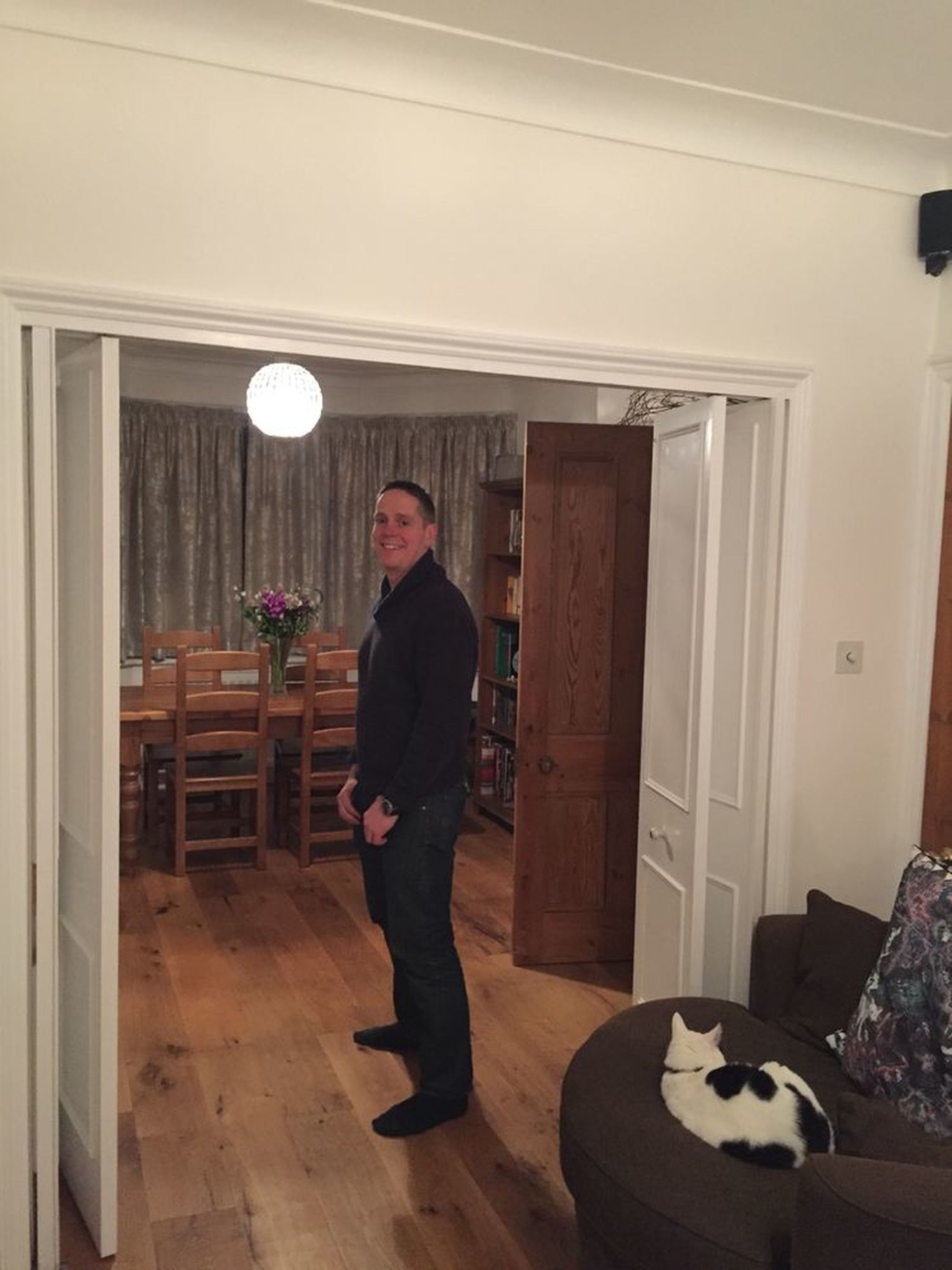 Imagine the scene. We'd planned to get lounge/dining room completely renovated - plastering walls and ceiling, new floor, painting, filling, the works, with the aim to get it done just in time for Christmas when our elderly relatives would be descending on mass. And then, one day before the guys were about to start, the main man rang to say he'd put his back out and wouldn't be able to do the job this year.

I asked around local friends and neighbours if anyone knew any recommended tradespeople, but it was too short notice - all the people I spoke to had a lead time that would take us way into January. I signed up to Mybuilder and resigned myself to getting in separate plasterers, carpenters for the wooden floor and painters and decorators, wondering if it could ever be done in time.

I had a dozen responses within a couple of days, whittled them down to three and then invited the first around - Fran. He quoted a fair price, seemed highly skilled and was competent in not only plastering, but carpentry and painting and decorating too. And him and his workmate were available within a week. Seemingly like it would be too good to be true, I checked out a couple of references and went ahead.

Over the course of two weeks, both Fran and Ghent went the extra mile, every single day. They were there before 8am, leaving at 5 at the earliest, breaking only for a single cup of tea and a short lunch (they declined every other distraction - keen to finish asap). Curved plastering, difficult cupboards, a million and one squeaking floorboards, wall-mounted speakers, architrave requiring a special optical illusion to make good and tricky fireplace woodwork to renovate. It was finished just before Christmas and I have to say the whole job was absolutely flawless and we're delighted.

The whole experience of using MyBuilder was so smooth and straightforward, we're now about to get quotes in for a much bigger project, our new bathroom.