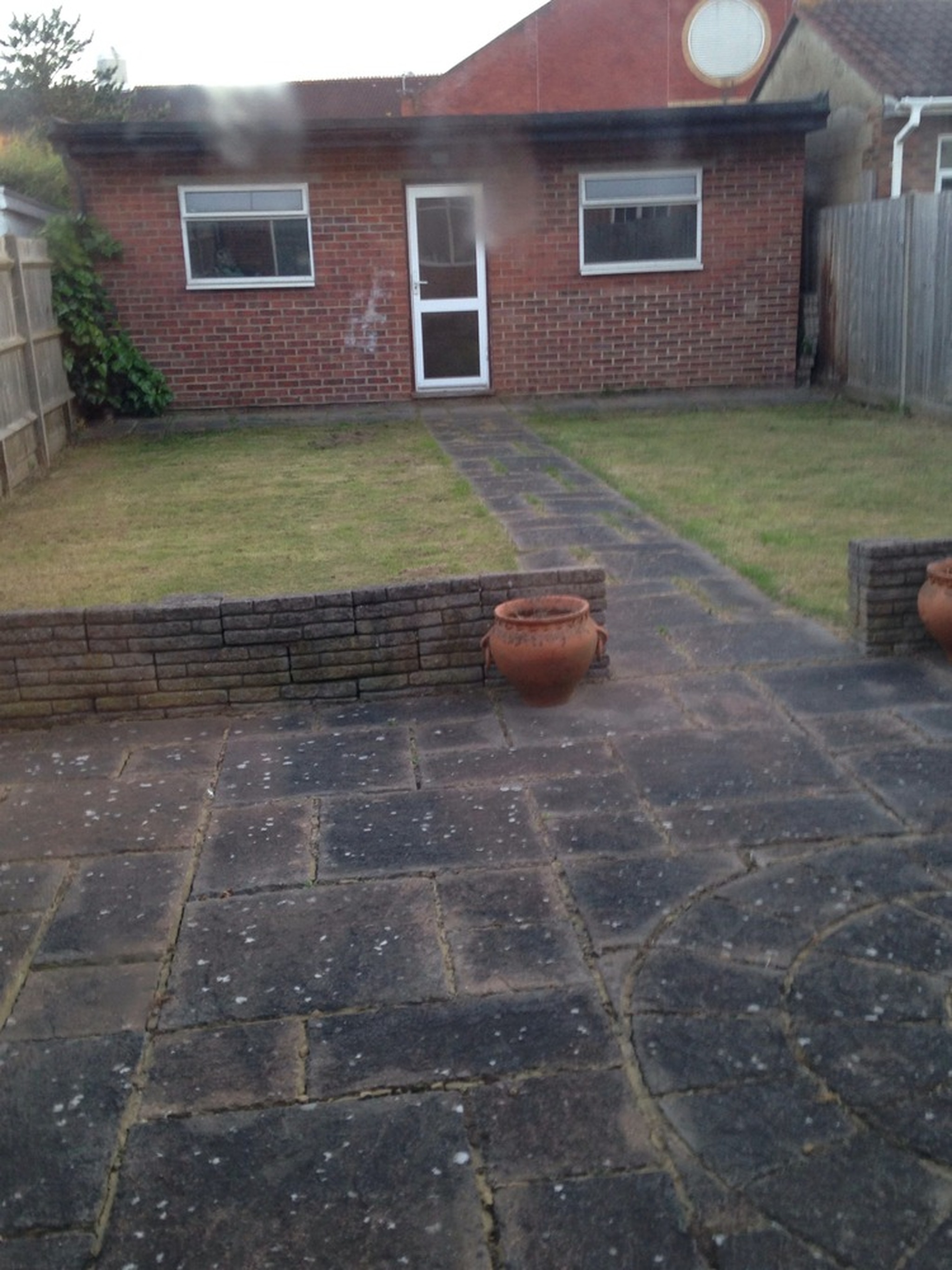 When I first arrived in 1990 the garden was twice as long. It was a jungle overrun with wildlife. One summer we were unable to even cut the grass because a fox decided it was the perfect spot to raise her young. They were a beautiful sight playing in the sun but I was pleased to see the back of the threesome and decided to make it smaller and less appealing by building an extension to the house and an office at the rear, which became a store room.
It became a grey place full of slabs but we kept some grass so that my housebound mother in law would have a patch of green where she could sit in the sun and chat with the neighbours. We always promised her a blaze of colourful flowerbeds but as working people without green fingers there were always more important things to do.
Unfortunately she died in February following a chest infection leaving us with the guilt of a promise that was never kept. The garden was was her favorite place to the end. It would be a fitting tribute to her memory to have the garden she always wanted and might help us come to terms with our loss and a place we could go whenever we wanted to feel close to her.

Congratulations to Nikki Machin who has won a MyBuilder landscape gardener.