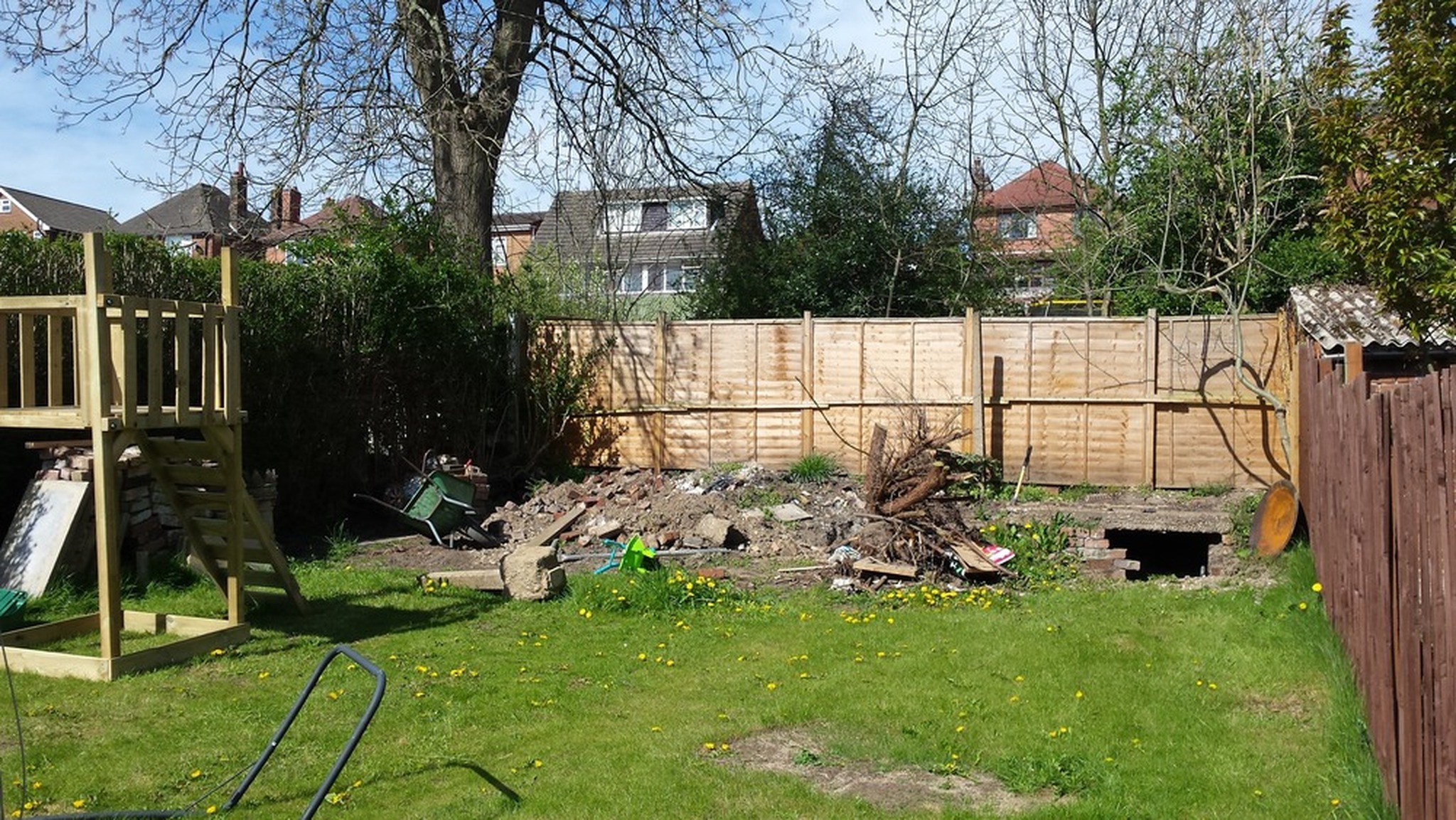 We moved in last June. The garden originally had a fence erected about 10feet from the one you see in the photograph. behind that fence we found a mound about 5 feet high across the whole garden containing builders rubble, asbestos pipes and domestic waste from when the house was renovated. It took 5 large skips and a lot of manual labour to get us to this point. We have also found what looks like an old air-raid shelter which is also full of rubble which needs removal. The neighbours garden is about 2 feet higher than ours so we are looking for a builder to erect a retaining wall across the back of the garden. Also the garden needs levelling so we can complete Judes' climbing frame and build a play area. Last year our summer was spent digging out and wheel barrowing the rubble to the skips, which took away precious time as a family. We still have some way to go, but we would really love to see the boys enjoy the garden this summer.

Congratulations to Nikki Machin who has won a MyBuilder landscape gardener.