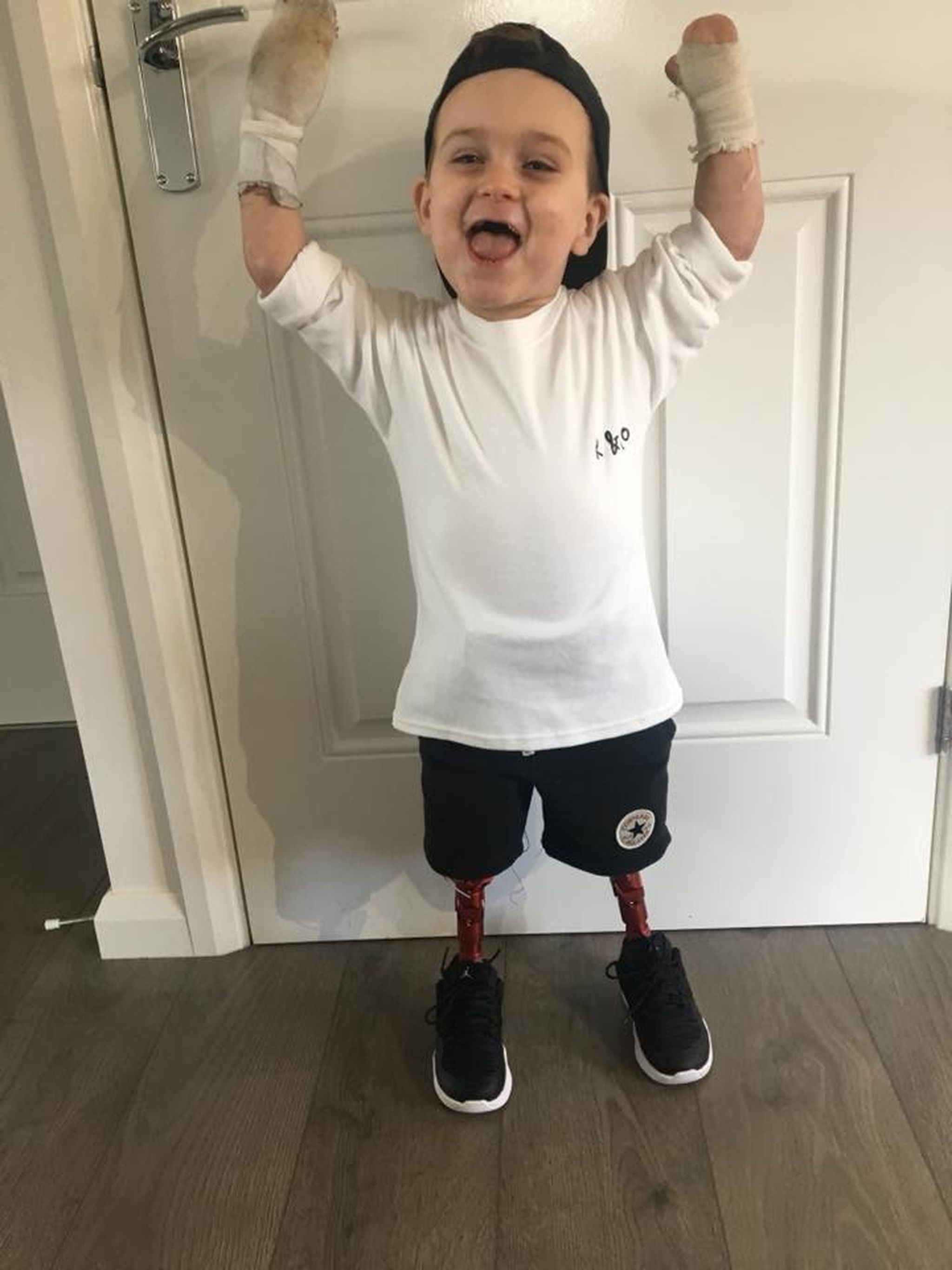 In April 2015, my little boy Taylor fell ill with meningicoccal septicemia which ended in him having his leg amputated as well as all his fingers on both hands. The meningitis also damaged his spleen which no longer works and he has chronic kidney disease too. He was only given 2 hours to live, and was put into a medically induced coma for 17 days whilst on dialysis. We spent 8 months in hospital and within that time he was put into another 2 induced comas fighting for his life. He has also had over 60 operations since and will continue to have operations throughout the rest of his life. Since falling ill, Taylor has had his other leg amputated through knee the same as his other leg and is currently learning how to walk on his prosthetics. He has come so far, in such a short time and I am really proud of him. We moved into a specially adapted bungalow last year so that we have somewhere that Taylor can access whether he is in his wheelchair or not. The garden however is a complete mess. It is on a steep hill, it isn’t level at all and it is definitely not safe enough for Taylor to play in. I would love to win this competition to let Taylor have his own garden, his haven to play in safely like any other child his age! Please vote for us, #TaylorsJourney

MyBuilder searched for the worthiest winner of a magical garden makeover.