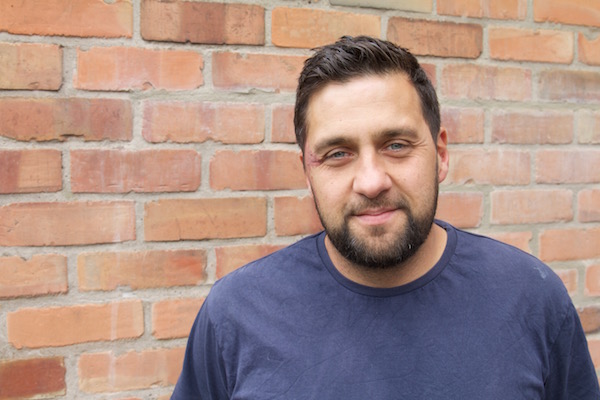 Ask a builder what their favourite project was, and they might point you to all kind of jobs. An extension that helped a growing family make the most of their property. A conversion job that meant a disabled homeowner could have more independence. But for some builders, their favourite jobs are even more personal. And it doesn’t get much more personal than building your own house.

For Yaz Meer, of MPM Builders, building his own home was a dream that came true - even if it wasn’t a job that he was ever able to prioritise. “When you’re a builder,” he says, “your own house is always the last to get done.”

But with the help of one labourer, and an experienced bricklayer who came in to sort some of the details, Yaz built his own home in 12 months, taking on everything from digging out the foundations to fitting the bathroom.

Start as you mean to go on

It’s an especially impressive achievement when you consider that, like many tradesmen, Yaz doesn’t have much in the way of formal qualifications or accreditations. His career in the building industry began young though, leaving school early in order to start going out on site with his dad. From there, it might seem like a straightforward path to setting up on his own with years of experience under his belt, but things didn’t quite go that way.

“I liked being out with my dad, but I didn’t stick at it. I ended up packing it in and getting a job in a warehouse. It’s odd to think now, but I actually wasted six years of my life there, just moving boxes around.”

Thankfully, like riding a bike, Yaz never quite forgot his trade skills, and when he finally picked up the courage to pack in his warehouse job, he was able to go back to his roots as a jobbing tradesman. As his house-building skills show, he has a wide range of abilities, and when we visited him at home in Nottingham, he struggles to pick a favourite when asked what he most enjoys. “I know people say you’ll just be a jack of all trades and a master of none, but I honestly do think I’m pretty good at most of the things I’ve tried. I’ll turn my hand to anything.” He points to the garden decking outside: “I built that after we moved here, not having done decking before. The neighbours liked it so much, they asked me to go over and do some for them as well.”

Despite having an omnivorous attitude to jobs, he’s settled into a few particular niches, particularly bathroom fitting. “I like fitting a bathroom, and I think my wider experience helps with it. If someone is just a bathroom fitter, sometimes they won’t think about the bigger picture, they’re just focused on putting in a new suite and that’s it. Because I’m a builder too, I can take a different approach, and think about things like taking out walls to really make use of the space.”

A night on the tiles

Sadly, bathroom fitting also brings him into close contact with his least favourite activity. “Tiling! I hate tiling. I wish I could just wave a magic wand and have it done. I know it means the job is nearly finished, but I just hate it.”

He still does it though, as he does most jobs. While he’ll bring in a Part P registered electrician for electrics, and a Gas Safe engineer for any gas work, he’s reluctant to bring in anyone else. “Sometimes I think about expanding the business, and having other people work for me, but I’m concerned about my reputation. I need people I can trust to do the job properly. At the end of the day, it’s my reputation on the line.” So far, it’s a reputation that has seen him gain 100% positive feedback on MyBuilder.

Working by himself means there’s always work to do, being hard at it for five days a week and visiting potential clients at weekends to give quotes. After building his own business and building his own home, does he think about hanging up his tools? “Sometimes I think I’d love it if I could retire at 50,” he muses. “But at the same time, I also know I’d get really bored.”

Thankfully, there might be someone to carry on the family trade, with his youngest son keen to follow in his footsteps. If he comes up to Yaz’s high standards, there’ll be plenty to do around the house, as he looks to swap his home’s kitchen and living room. If he gets round to it of course. “That’s the problem,” he sighs. “It’s always the last thing to get done.”

Advice for other tradesmen