Over the course of our “Big Builds Week”, we shared advice for both homeowners and tradesmen on how to manage bigger projects. Today, we’re going to share advice about working with builders featuring Sarah Graham, from Cranleigh in Surrey, who used MyBuilder to revamp her old-fashioned two-bed bungalow. The job was completed by Dale Cochran, who specialises in extensions, restorations and refurbishments, and loft conversions. 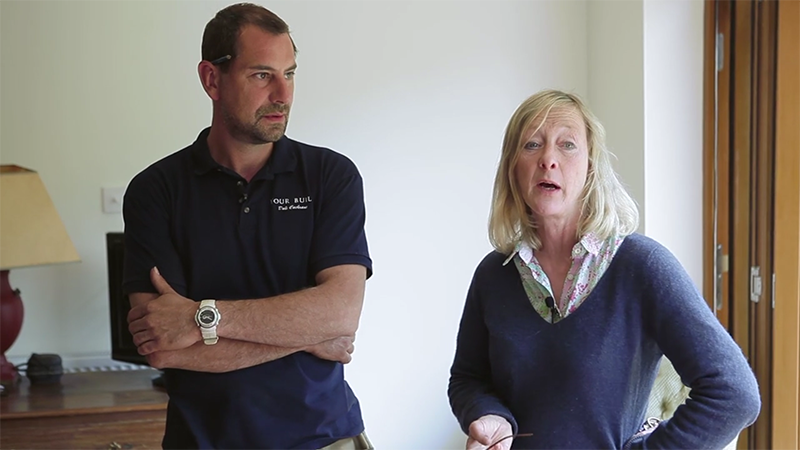 Sarah’s refurbishment spanned the entire house: she wanted to add a flat-roofed extension, re-model the bathroom, convert the dining room into a third bedroom, and install a wide deck that would border the back of the house. Sarah wanted an open-plan home that was well-lit and would have a contemporary aesthetic. Going a step beyond just initially communicating her vision to him, she worked closely with Dale throughout the course of the project. To push the project as close to the open-plan and well-lit ideal that Sarah wanted, Dale installed oak bi-fold doors that opened the house onto the deck, and a roof lantern over the kitchen that flooded the interior with natural light. 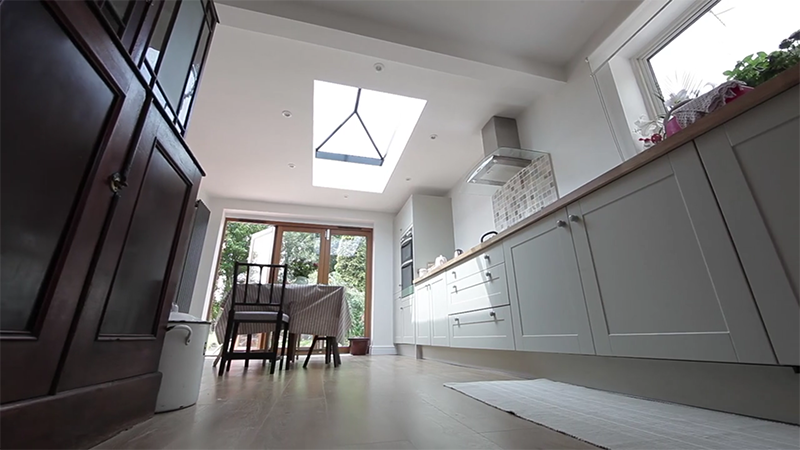 Dale has been using MyBuilder since 2009. His love for working on extensions and refurbishments began when he was traveling in Australia, where many of the houses are single-story, making him the perfect person for Sarah’s job. His advice for other homeowners looking to refurbish older properties is:

Sarah’s project was not a short one: it lasted from January until June, probably because the project met its fair share of inevitable challenges along the way. Here are some lessons both she and Dale learned about being flexible with a big build project. 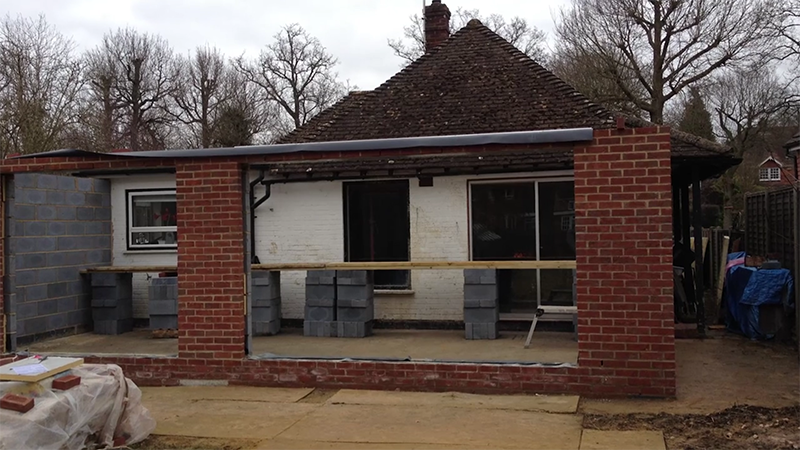 Her house was built on clay, which got heavy and waterlogged over the course of a wet winter. But Dale stuck to schedule and went right ahead, even though the excavations for the extension footings kept filling with water. The shell of the extension was eventually completed by March.

Plan ahead but prepare for surprises 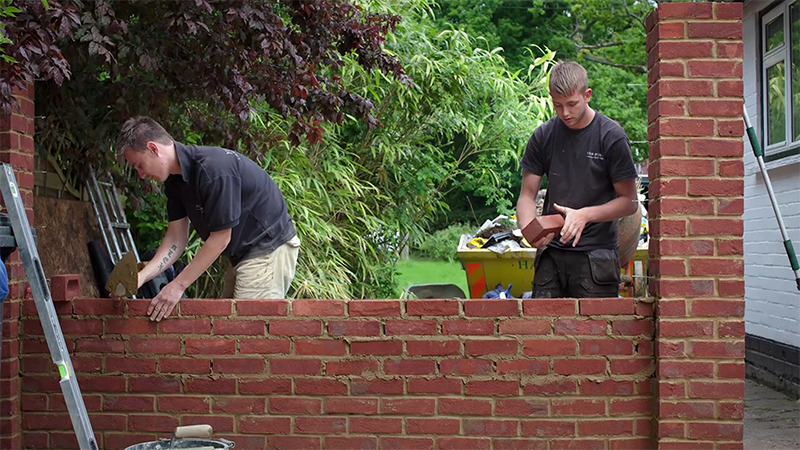 Dale was involved in the planning process too, even though Sarah had hired a technical architect. At first, they didn’t think they needed planning permission because the work fell within permitted regulations. But they had missed the fact that a small extension had been built on to the bungalow previously, which left the new extension outside permitted square footage. Not to mention, when they submitted their plans in the end, they found that the flat roof in the was larger than the planning authority allowed.

You may need to go above your budget 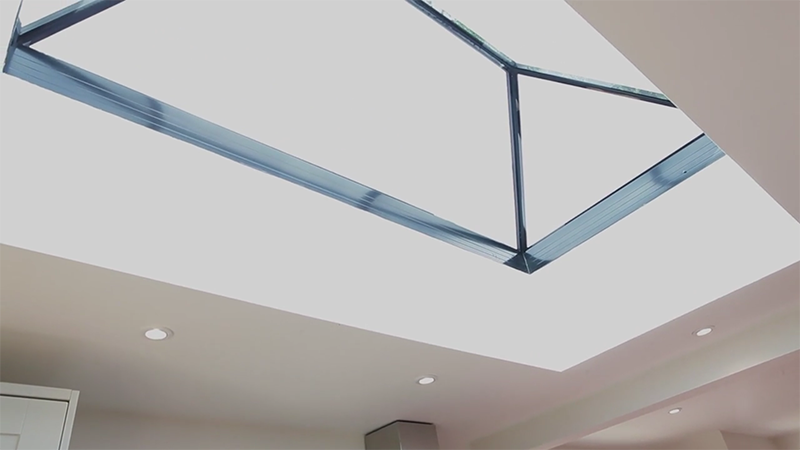 Sarah’s house is deep with long corridors, which is why it was having well-lit rooms was such priority for her. Dale decided that they replace the originally-proposed French windows that would open onto the garden from the kitchen with floor-to-ceiling bi-fold doors which would allow more light. They also decided against using a PVC skylight as planned, going for a more expensive aluminium and reflective glass lantern light. Both these features pushed Sarah over her original budget, but she was comfortable with these changes because they ended up distinguishing the house from other bungalows of a similar type.

In the end, this project worked because of the extensive communication between Sarah and Dale and the way they collaborated from start to finish. What’s your big build story? Share it with us in the comments below.

And if you're looking to hire for a big build that has yet to be completed, find the perfect tradesman in your area by posting your job!

Read Related articles here: What type of tradesman should I use?

What your home really wants for Christmas 29th Nov 2021 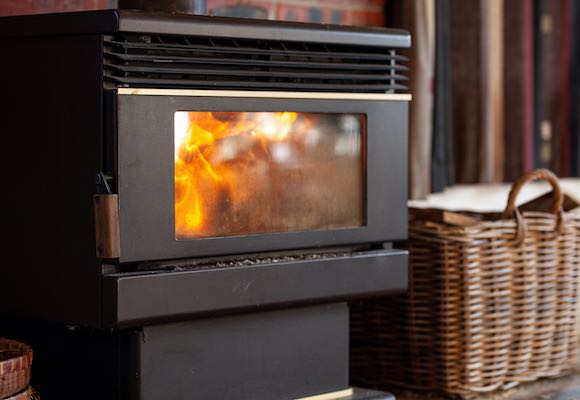