Jonathan Steed was a fitness instructor in the army for ten years, since he was sixteen, until a broken arm, a broken leg, a collapsed lung, and lost finger forced him to leave. He found himself back on civvy street with no idea as to what to do with himself. He was used to hard discipline and a rigorous schedule with every second set out for him; to a bed in the barracks, and a regular paycheck. Little things were massive impediments for him—he didn’t know how to cook and he didn’t know how to set up a direct debit for his bills. He didn’t think he could handle it and dreamed again and again of re-joining the army—even though stepping off the plane in Iraq as a twenty-two year old, miles away from his family, had been a nightmare that he wouldn’t have wished even on his worst enemy. But he knew that if he went back to the army, it would only be that much harder for him to acclimate when he would eventually, finally get out. And so he stayed, joining the ranks not of soldiers, but of the roughly five million veterans that live in the UK.

There are all sorts of statistics out there that paint veterans as a burden to society, something that upsets Jon. “When I was in the army and people asked me what I did, they were always impressed,” he said. “But when I came out, the same people just weren’t impressed. I felt like a nobody—but I wasn’t a nobody! I was a nobody who had gone to Iraq for seven months. When you’re a veteran, you become worthless.”

It’s not hard to see why people feel this way—the number of veterans who are homeless is increasing year to year, roughly 20,000 of them are in the criminal justice system, and over 2,000 requested treatment for mental health issues in the past year alone. But the root of these problems is simpler than people think: it all begins when veterans come home and get lost in the lack of structure that awaits them.   Jon says he was lucky, he met a strong woman who showed him how much he had to fight for. He crawled out of his depression and drawing inspiration from his best friend who is a plumber and gas engineer, decided to sign up for an engineering course subsidised by the army. He studied for eight hours a day, and after he was done began his twelve-hour shift as a security guard. He slept during the four hours in between.

But the sleepless nights were worth it. Working as an electrician and going into people’s homes, Jon slowly learned more about the civilian world and how to function in it. A year after getting his qualification, he signed up to MyBuilder, a website that helps homeowners find tradespeople they can trust. In the beginning it was just a way of making some extra money on the weekends, but he ended up getting so much work off the site that he ended up quitting his job. He now employs people as part of his business, one of whom is even a veteran like himself. 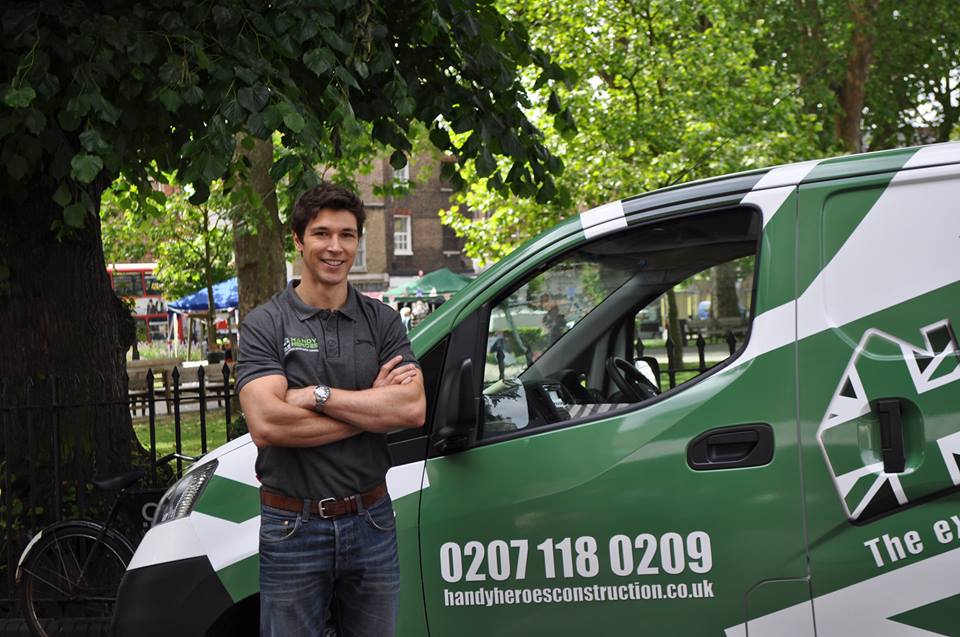 Veterans pursuing building careers is becoming a common trend. Matthew Hammond, who was in the marines for seven years as an officer, is the founder of Handy Heroes, a construction company that recruits, trains, and then employs veterans. “There are a lot of military charities out there and they can give off the impression that veterans can be quite needy,” he said. “But nine times out of ten, veterans are skilled and determined and just need an outlet. We have quite a group going—some of them have just left, some left a while ago. They’re a community, a group of people with similar mindsets and similar backgrounds. They’re always happy to go above and beyond. In the military you’re told to never leave someone behind, and that’s something you carry with you forever after. There’s a lot of teamwork which is nice, because in the building industry they’re a lot of different trades that don’t always work well together.”

Joseph Vincent, now a plumber, was in the army for twelve years after he was medically discharged. At first it was almost impossible for him to live on the £9.50 an hour he was making doing odd jobs. After his first year out of the army, Joseph Vincent’s savings had dwindled to just £40 by the time Christmas rolled around. All he could buy with that was a television bracket for his wife, which meant there was no money left to get a present for his son. 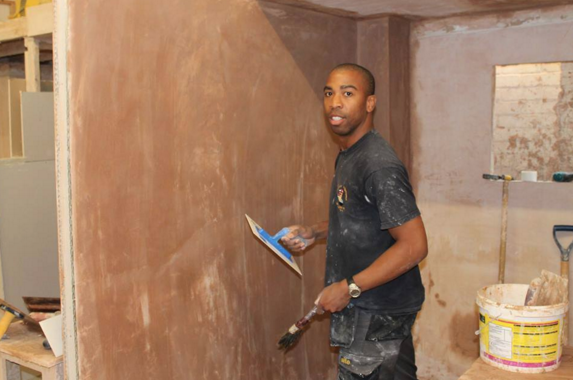 He decided to become a tradesperson because he figured there were some things in life that people just need: electricity, gas, running water. If he could fix these things, he reasoned, he would never be without a job. And so he started training. But even after he qualified, it took a long while for things to start getting better. He was fired after four weeks at his first job and lasted only a month at his next one. But it was these jobs that helped him learn—he learned how to rewire an entire house, how to fit a window, and replace a doorknob. Now, he says he can easily make around £5,500 on a good month.

Gone are the days when there wasn’t enough money in the bank for a Christmas present. Last month, Joseph flew his mother over from the Caribbean and they took what is his first holiday in over a decade together—to France.   These success stories need not be few and far between. As Matthew Hammond says, “The military attitude really pays dividends in the construction industry.” With companies out there like Handy Heroes that partner with the Career Transition Partnership to provide resettlement training, there are resources that exist to help veterans turn their life around.

And once they do, there really isn’t any turning back.

“I guess my dream is that my life carries on as it is,” Jon Steed said when we asked him what’s next on the cards for him. “I’d like to grow my business a bit more, hire two to five more employees. I’d like to have another child, buy a bigger house. They’re small dreams, but I hope I get them.”