Exactly eight years ago, on the 16th of July 2004, I had an intense dream. It felt so real that it jarred me awake at 3am. It was one of those dreams that didn't feel like a dream at all... but that was the only explanation for why I found myself bolt upright in bed at 3:00 in the morning sitting next to my sleeping wife. It was the strangest dream I've ever had, mainly because it made so much sense. It was an idea... in fact a good idea (for once!). My heart was racing. I tried to wake my wife up to tell her the good news but was met with a barrage of profanities. Undeterred (if a little offended), I ran downstairs to write it all down.

Back in 2004, I was living in Bristol, working as a stonemason and trying to support my growing family. I had learned the trade informally while living in Southern France and working for a German builder and mason. I was relatively inexperienced, but my work was good. I specialised in building random rubble walls and arches. Before that, I was an artist... but that's another story.

Before MyBuilder - working in the Ardeche

Life was hard. I had to adjust to living in a new country (my wife is English). I had to learn a new language (Bristolian). I had to adjust to a new way of working (self-employed). I was a new father and wasn't getting much sleep.  We had another one on the way and the doctors told us the baby had a health problem that they didn't fully understand. I was going from one subcontracting job to the next and not getting paid very well. We weren't making ends meet and were begging and borrowing from our parents. One of the jobs I worked on was a 2 1/2 hour drive each way. The cost of diesel alone meant that my take home was little more than minimum wage. Another job I worked on saw the main contractor go bust and I was out two weeks of pay. I remember hearing that my wife rang up and gave them hell. They were lucky she didn't show up in person.

So this idea that hit me like a bolt of lightning really did feel like it came from above. The idea was, of course, MyBuilder.com. In my dream, I had created the matchmaking process, trade profiles, the feedback mechanism... pretty much everything that is core to the site today. I can't explain why I had the dream. It obviously related to what I was doing at the time, but I wasn't interested in starting a web business and I'd never seen any sort of website like this before. If someone would have told me the day before that I was about to start a web business, I'd say: "Sorry, you got the wrong guy". It was literally the last thing I would imagine that I'd do and I certainly didn't know how to go about doing it. 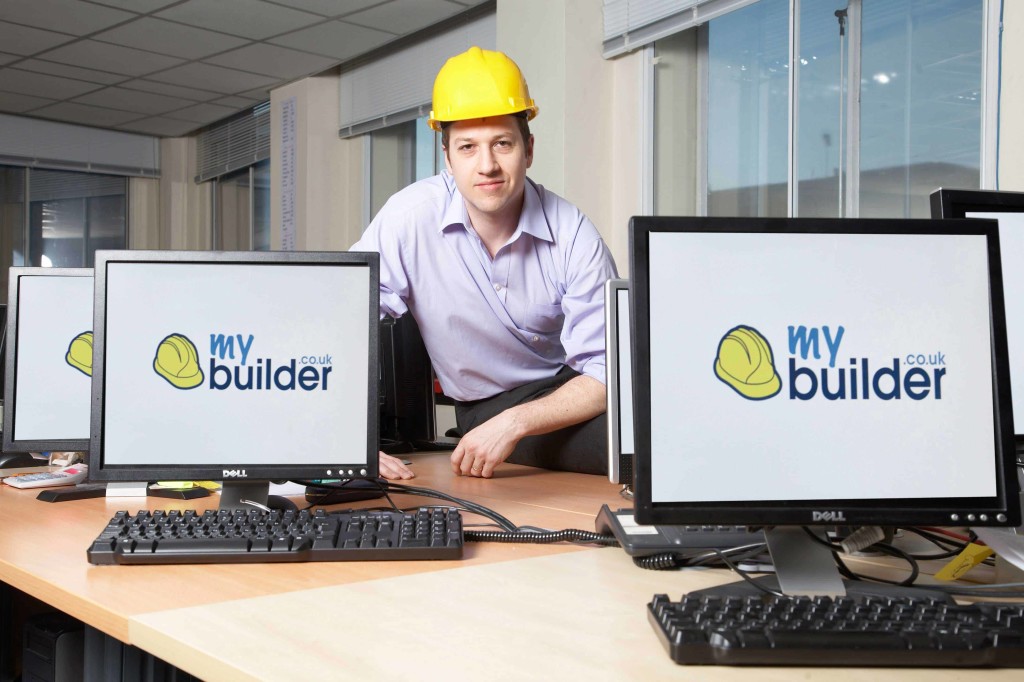 Firstly, it was special because it was my own idea. I've always valued original ideas and despise copying other people. There's no way I would have pursued it if I had found a website like MyBuilder that already existed. The ironic thing is that my insistence to be original was a severe handicap when it came to convincing people to invest in my business. I thought that there was no point in doing something that has already been done, whereas investors wanted proof of concept in an existing business - basically, something I could copy. I was eventually able to dig up some other businesses that were similar enough, but while it placated investors, it demotivated me. I got over this by completely ignoring competitors and that's still the way I operate today.

Secondly, I believed in the idea very deeply. I knew that we needed something like MyBuilder. Tradesmen need a better way to get work and homeowners need a better way to find the right tradesman. I very much felt that the industry was broken in the UK. What I loved about it was also the source of its problems: self-employment. Why tradesmen in the UK became self-employed is another story, but the end result is that tradesmen who just want to get on with their trade find themselves having to run businesses. And from the homeowner point of view, there are so many white van men to choose from, it seems impossible to tell one from the other. And after the job is done and they've been paid, the fear is that they'll just disappear into the fog.

The reason that my idea made so much sense to me is that it promised to solve the biggest problems in the industry: matchmaking and accountability.

Tradesmen don't know where the work is and homeowners don't know where the right tradesmen are. Why was I driving down to Dorset when I knew there was plenty of work for me in Bristol (somewhere)? Why were homeowners complaining that they can't find any available tradesmen when all the guys I knew, who were top notch, complained that they couldn't find enough private work? This kind of matchmaking is exactly what the internet is great at. 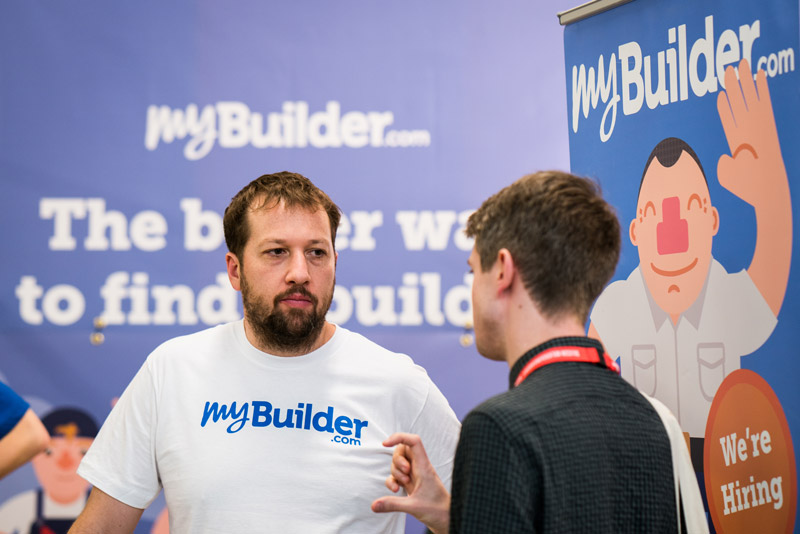 Building the team at a recruitment fair

The lack of trust between homeowners and tradesmen is a result of a lack of accountability, pure and simple. In the 'old days' we hired tradesmen and building firms in our local community because everyone knew everyone. You knew the local plumber, builder, carpenter and the gossiping community dealt with reputations. Life is dramatically different for many of us today. I live on a street of about 50 households and depressingly, I know only two of my neighbours by their first names. The feedback system, pioneered by eBay, brings the accountability of a community back into our lives. Being able to see what previous customers say, regardless of where they lived or which social circles they were in, was a powerful, exciting concept.

Whenever times were tough and I wanted to quit, somehow I would find myself back to that day in 2004, still getting excited about my dream and still convinced that this was the way forward. What stopped me from giving up, even in the face of many hopeless situations, was my conviction and the knowledge that if I didn't make this happen, someone else would. I wasn't about to let someone else take my idea and run with it.