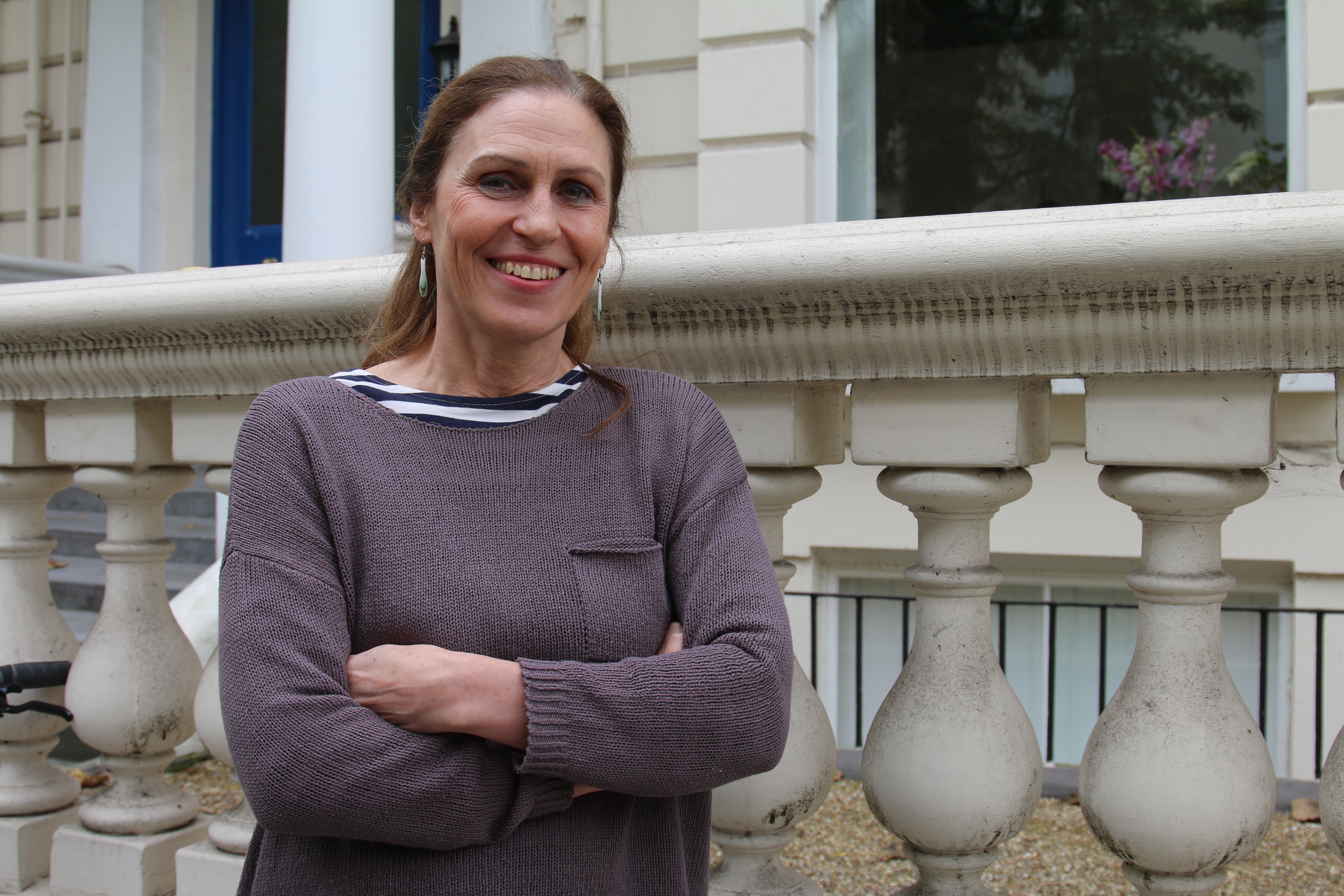 Pauline had held a number of different jobs as a sculptor before she decided that becoming self-employed as a decorator was the perfect fit she had been looking for. Used to working with all sorts of materials—from plaster to modelling clay to concrete—she volunteered to decorate her brother’s bedroom as a favour. Once she was finished, his neighbours asked her to do their sitting room. After that, the requests started snowballing and she quickly figured that she could fill the days she wasn’t working with small decorating jobs.

“I don’t make the money I would like or need to make as an artist. Decorating is a great way both to stay on top of my bills and use my skills and hands,” Pauline said. With the grounding of an art background and a sound understanding of materials, it was fairly easy to teach herself as she went along. At that point, she was working in the care profession, a job she loved but one that was mentally stressful. Once enough decorating work started accruing, Pauline realised that if she turned to decorating full-time she could afford to both have a studio and spend time working in it.

“I hadn't had a studio of my own for over twenty years, since I had been raising my children,” she admitted. “I’ve done so many other things, including working in education and care work. But I opted for decorating in the end because it was the best thing to balance with my art.” Since becoming a decorator, in addition to having time for her art for the first time in decades, Pauline also had the flexibility in her schedule to better accommodate her family. “My children were young when I started taking on decorating work,” she said. “They needed me frequently and often. As a single parent, it was good to do something that allowed me to stay involved in their schooling.”

The biggest difference between Pauline and many other builders is that she takes on a limited number of jobs and works on most of them alone. In a sense, this makes her a better decorator: her expectations for each job are high because she treats each job like a project in its own right. “My favourite part of any job is meeting people and going into their houses. That’s the best bit, communicating with people and getting to know them. I always try to understand what they want from me—different people have different standards, but it’s interesting to get to the heart of what each person wants.”

She also travels on her bicycle, which saves her a lot of overheads. She pays a flat rate to have her equipment dropped off and collected at the beginning and end of each job. “In the end, it works out much cheaper because I don’t have to worry about parking or any of the other costs that come with driving,” she explained. “Because all my materials and tools are parked in one place, that keeps me working on one job at any given time. And that’s actually quite good because then I can give it my complete attention—it ends up being a massive benefit to the client.” 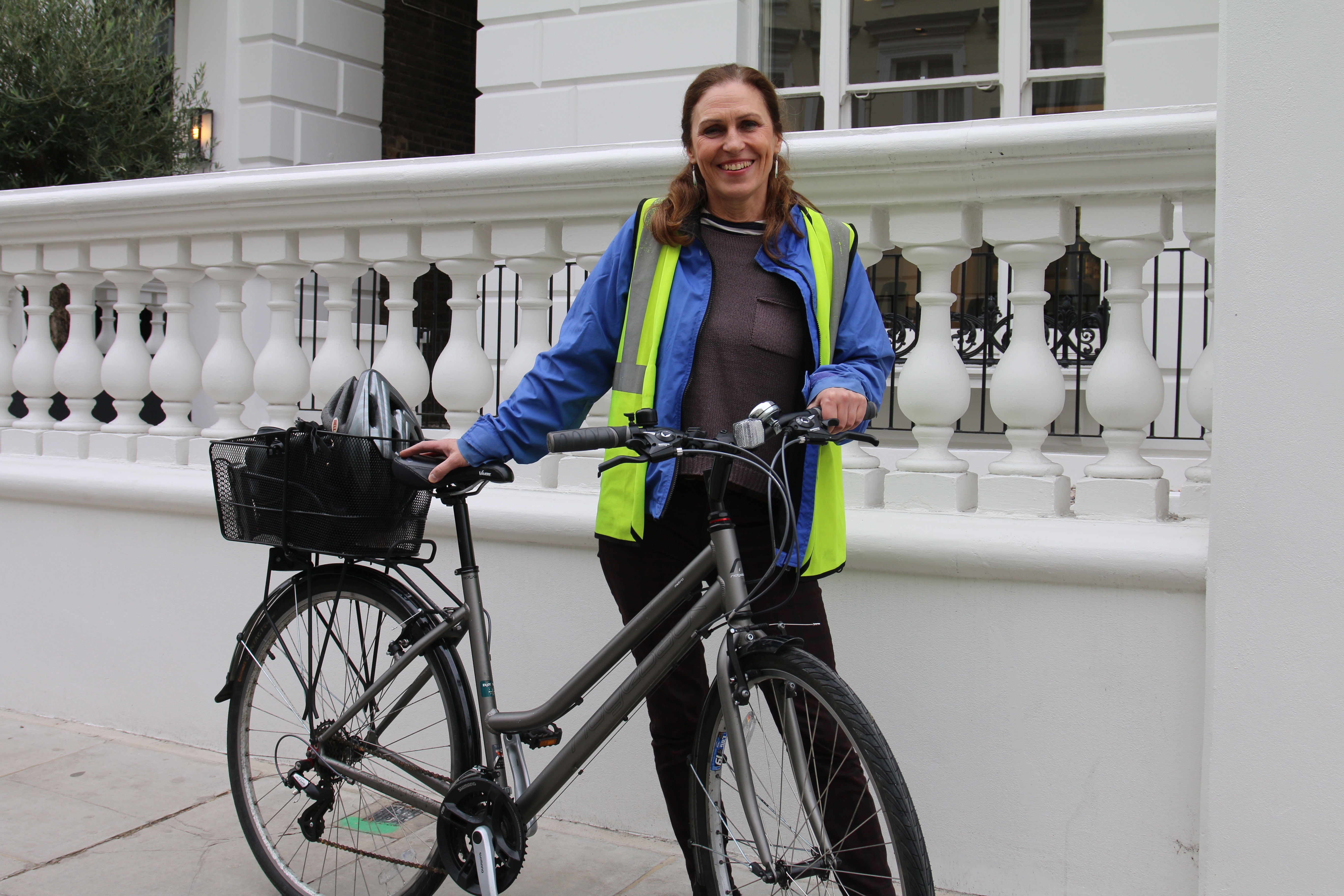 Being a woman in the trade

There are many advantages to being a female decorator—Pauline has worked for a lot of single women including those with special needs. Women feel safer and less intruded upon when another woman enters their home, especially when they have small children. But there’s a flip side too. As a single woman working alone, it can be risky to go into people’s homes when you’re not completely sure who is going to be inside to greet you. “At the end of the day, you’re a woman going into somebody else’s house and it’s their terrain,” Pauline said. “You have to be alert, you have to measure people up. I always give my daughter the address of where I’m going, just in case. Just so somebody knows where I am. Men don’t give these things a second thought, but women have to.”

That said, Pauline has also had people hire her because they thought that her attention to detail would be greater and because they expected her to take better care of their home. “I’m not sure if it’s my background as an artist or if it’s the fact that I am a woman, but I am extremely fussy about keeping spaces tidy,” Pauline said. For example, when working on a job, she puts plastic down as well as dust sheets. On wooden floors and especially carpets, it’s easy for dust to creep underneath the sheet, but if there’s a layer of plastic as well you have double protection. She also washes the dust sheets after each job because she just doesn’t see the point of putting a dirty dust sheet down. “It’s these little details that make a difference,” Pauline said. “I bring my attention to time spent filling or sanding. That’s the benefit of being an artist—I appreciate a good finish.”